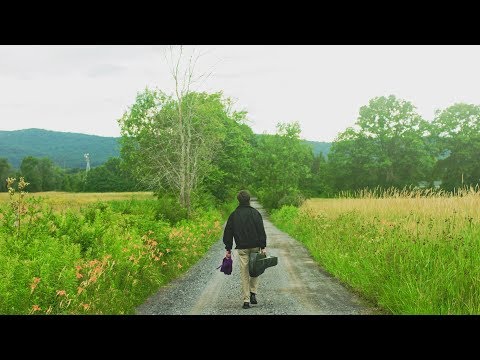 Love it!
Didn’t expect a new record from these guys at all really.

One of the best bands on the planet.

Stickles has stated there isn’t a single punk rocker on the album which is a bold move. Doing an acoustic tour as well. Hope that it’s full band when they finally make it to the UK. There’s nothing quite like belting ‘you’ll always be a loser’ at full voice whilst hugging a stranger from the crowd.

Only seven tracks as well (one of which is a cover I think). Maybe they’re turning into Japandroids?

Interview with PS on their site:

Still maintain that The Monitor is wildly underrated , people who like it love it but its rarely mentioned. Definite 10/10 album

It is indeed and I still maintain that Local Business is also heavily underrated too. Not even on Spotify ffs.

TA up there with my favourite bands. Didn’t get on so well with The Most Lamentable Tragedy due to its length and (I think) lack of focus, so a 7-track record is perfect news for me. This first track is a fucking belter, as well.

I liked TMLT but have rarely gone back to it - I thought it worked well together but some of the tracks don’t hold up as well outside of the “opera” format. It was cracking live though.

TMLT is a bit of a slog but it definitely has some of their biggest bangers on it. Think I’ve listened to that cover of ‘A Pair of Brown Eyes’ upwards of a hundred times. Fatal Flaw is a ripper too, sounds just like ‘Keep Fishin’ by Weezer (in a good way).

Along with the I Lost My Mind Daniel Johnston cover they are the two tracks I still come back to! Fatal Flaw was so so good live, properly raucous mess.

Debut is their best, imo.

Glad they’re doing something a bit different for this one, great band.

Great news - thought for some reason lamentable tragedy might be his last one.

The monitor is one of my favourite albums ever I reckon.

Bloody love Titus Andronicus.
Patrick is a great lad too.

Love The Monitor, really like The Most Lamentable Tragedy but have never heard Local Business. Might listen to that on the way home!

Love them live as well, such an amazing band.

Local Business just seemed to slip through the cracks, didn’t even get a proper UK release did it?

dont think it did, when I last saw them, he introduced a song off it by saying somethin glike “you probably dont know it as this album never came out here”

Yeah, I remember buying The Monitor and Most Lamentable Tragedy from Fopp when they came out and they had plenty of copies of both, but this one in the middle just vanished!

I love waking up and seeing “Titus Andronicus” as a new topic. I’m not going to listen because I’m nuts and don’t want to spoil it, but I’m so happy that they’re back. Patrick Stickles is a genius one of the few most brilliant, unique lyricists ever. The way he naturally and seamlessly can go from a very simple, mundane topic to big picture or seemingly unrelated ideas is unparalleled. It often gets overlooked, but he was on fire with this on Local Business, like on the outro of “Ecce Homo” and the entirety of “Upon Viewing Oregon’s Landscape with the Flood of Detritus” (which might have the best scream along chorus ever written).

The Monitor is really as incredible as people are saying. Aside from Adore back in 1998, I’m not sure if I was ever so unrealistically excited for an album and then have it thoroughly exceed my expectations. “The Battle of Hampton Roads” is unbelievable. And The Airing of Grievances is truly one of the greatest debuts ever - I can’t think of one other person who could write a song like “Arms Against Atrophy”.

And TMLT is great, and my #2 album of 2015 just behind Carrie and Lowell. I love the ambition and the intensity - I didn’t realize it until later, but the punk material is much more raw and unhinged in delivery / recording than the other albums. If you listen to them back to back, the others will seem kind of in slow motion. It doesn’t seem to be on youtube, bust just go listen to the whole thing if you haven’t yet.

Not sure if I can wait until march for this!!