It’s becoming quite apparent from the covid thread that lots of people don’t know what their tonsils are.

Use this thread for anything you like, so long as it is at least tenuously tonsil-centric.

Had them out as a kid.
Apparently when you are an adult it is really hard to get them taken out as the criteria is really strict like you basically have to have constant tonsillitis.

Had tonsillitis three times and they still wouldn’t remove them, fucking bullshit

Watching tonsil stones being removed on YouTube is some sick shit. But I do it anyway.

Don’t know what these are either. But don’t think I’ve ever had anything removed from my body (medically speaking).

Popular hit Japanese movie The Happiness Of The Katakuris (a remake of popular hit Korean film The Quiet Family) opens with a scene involving the uvula. Fun AND educational 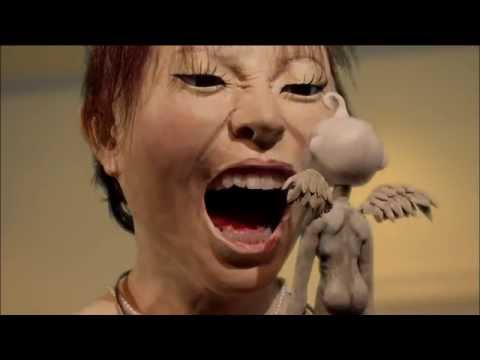 (No subtitles, but what she says at the end of that clip is ‘My uvula!’)

Top fact I learned when I had tonsilitis - Tonsilitis is just a catch all term for any kind of virus which affects that area, rather than being a specific illness

After reading this I have realised that I knew that wasn’t the tonsils and changed my answers accordingly.

Top fact I learned two years ago when Jimbo had his tonsils out (and adenoids, and had grommits put in his ears) : These days, instead of cutting them out, they lazer them out!

Apparently when you are an adult it is really hard to get them taken out as the criteria is really strict like you basically have to have constant tonsillitis.

Used to work with a woman who would get tonsilitis once or twice a year but never quite passed this threshold to get them whipped out. Pretty shit really.

I had quinsy a few years ago when a bout of tonsillitis didn’t clear up with antibiotics. It’s an abscess on/by your tonsils and made my gums and tongue swell up, explaining things at A&E wasn’t easy. CW grossness/needles: The doctor tried to drain it with a huge needle a few times before giving up and putting me on an IV of something for a few hours.

People who thought tonsils were the dangly bit in the middle - have you been doing lateral flow tests all wrong for the last year?

I did not know that.

Used to have the really painful swallowing one that makes you weak for a week and you get antibiotics for, all the time. these days I just get the spots on my tonsils by and by, but nothing more serious, didn’t realise that also constituted having tonsillitis.

Do not envy you at all. Even thinking about needles makes me feel faint.