I think the human coat-hanger could do some damage but honestly don’t know who to call for the win. Route looks delicious though so lets be having it!

Just don’t realistically see where that competition is coming from. There’s no sprinter that will push him, like in the past. Nailed on.

he’s had a pretty shit year so that would be cool to see.

He’s got mountain support for the first time though, in Gaudu, so hopefully he’ll be competitive. That pressure though, that’ll be his undoing

Yeah, not the best descender is he? Bardet is a good rider too but I just can’t see it, pressure too and not the best team.

And the fact that, although there aren’t a lot of KM, he refuses to improve his TT’ing. Think it’s quite exciting to have the TTT on stage 2. Bardet, Pinot And Dan Martin could find themselves with time to make up before they’ve started.

every GC rider i keep thinking, “well, they won’t win because of X”

but one of them is. gonna be a weird (& hopefully great) tour this year.

True but weren’t FDJ getting really good at TTT’s a year or so ago or have I got that totally wrong?

Maybe it won’t be a GC rider that wins. Maybe Wout Van Aert will crush them all.

All the TTT does is play to the strength of the strongest teams. For all this talk of it being the most open tour since 2012, Ineos could be out of sight by stage 3 (bit of license here but you get the drift). The likes of UEA, BM, AG2R, FDJ could be cut adrift straight away.

Edit; talking about Pinot, not Bardet

e likes of UEA, BM, AG2R, FDJ could be cut adrift straight away

Yes, that’s what I meant when I said Bardet, Pinot and Dan Martin could find themselves with time to make up from the start. You can add Nibs into that but he’s only going for stage wins. He says.

I like having TT’s bear the start. Means you don’t spend the first week of GT’s with all the GC on the same time.

Finally found the rules tucked away at the bottom of the page. There’s a very long tail for points (compared with velogames) - right down to 1pt for 81st-100th on a stage

Unlike Velogames you can have substitutions mid-race, which is a common thing in fantasy sports but makes absolutely no sense in cycling because it isn’t possible IRL. Oh well

Sagan will probably win green, but I don’t think he will win many stages with Groenewegen, Ewan and Viviani all riding. Quite a bit will depend on how many of those guys can be arsed to ride all the way to Paris

He will grind it out and get intermediates, plus do well on classic-style lumpy stages like stages 3, 5 and 9. Though in the latter I think he will have tough competition from the likes of Alaphillipe, van Avermaet (who’ll be desperate for wins after a poor season), van Aert, and Niki Terpstra who’ll be under pressure to perform for his new team on home soil

^this. Sharpens their focus a bit

Also just don’t get why teams don’t practice this more. Some of them clearly just cba and they’re chucking time down the drain by not doing so 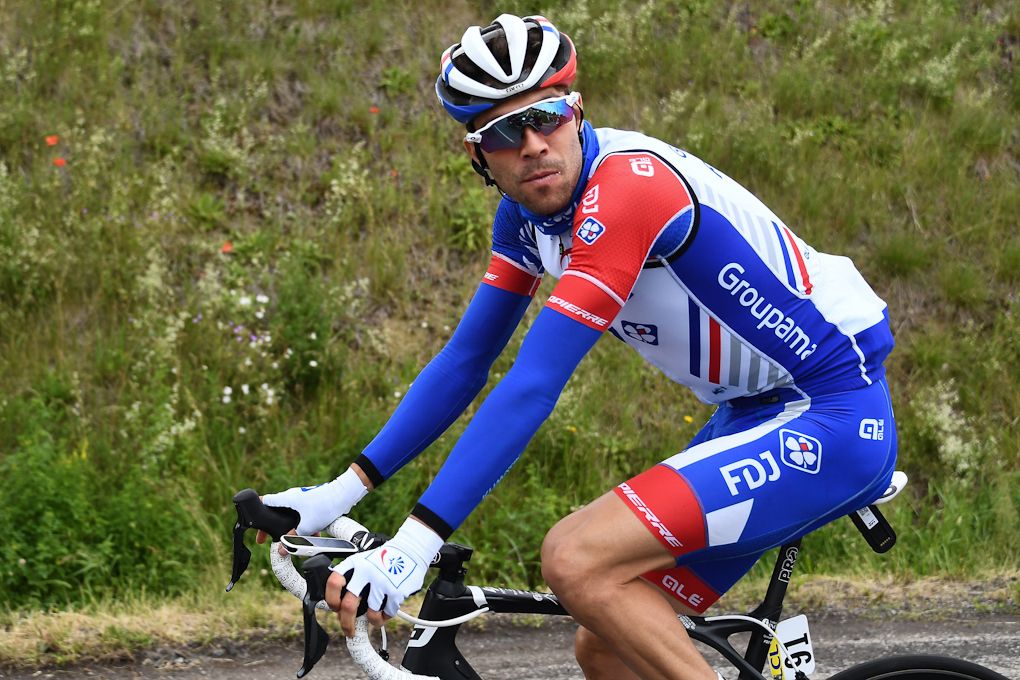 WVA has clearly been fighting for his hair.

Why does Admon Yates always talk like Dutch Steve Mclaren?

GVA in polka by the end of the day?
Groenewegen in yellow?

And reports circling that Cavendish was picked in the team for DD by Aldag, but Doug Ryder overruled that call