Can you dedicate the rest of the week to finding out, please? 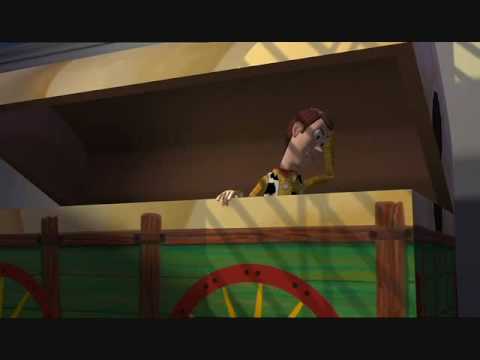 Shark is the best. Unsung hero of the series.

Because it was made by another toy.

Only the covering not the guts of it.

Does it come alive when there are no toys around?

Does it come alive when there are no toys around?

I thought you were asking why it was skunk-themed.

Is this “why does Pluto walk on four legs when goofy walks on two?” for the 21st Century?

bo peep and the sheep have been thrust into a terrifying, nomadic existence. You actually think they haven’t had to kill and hollow out the brains of a few toys on the way?!

I believe the skunk-car is meant to be understood in relation (and opposition) to Forky.

Forky is not a “real toy” but is brought to life through the wonder and love of a human child. This is (I think) a first for the Toy Story series, but suggests that the sentience of the toys is entirely dependent on human interaction of some kind. If a toy is never loved by a human, can it tuly come alive?

The skunk-car may have the nuts and bolts of a real toy, but has (presumably) not been loved by a human child and therefore remains inanimate.

However, this reading does create a possible inconsistency with earlier films where toys still on the shelves of toy shops are apparently able to come to life. Does a toy simply being coveted by passing children enable it to come alive? We simply may never know.

Can’t believe you have the audacity to waltz in here chatting shit about Toy Story after selling me that dodgy as shit Buzz Lightyear. I said I would leave it but this is just too raw.

You broke that Buzz’s heart (as well as his limbs??). Live with it.

Maybe it really comes down to the finalé of the first movie. Does that toy RC car they drive on come to life as a toy? I seem to recall its eyes move but at the same time aren’t they controlling it with the remote?

I’ve not seen TS4 unfortunately so that’s about the limit of my input.

Remote Control Car , Remote Control , RC Car , or simply RC for short, is Andy’s remote control toy car that appears in Toy Story , Toy Story 2 , and in flashbacks of Toy Story 3 and Toy Story 4 . RC can move on his own. However, once someone takes a hold of his remote, he loses control. He also can only communicate through a series of beeps and whirs, but the toys (specifically Mr. Potato Head) can understand him perfectly