Is releasing another album. Everyone keeps banging on about ‘comebacks’, but he’s been pretty prolific - 12 albums in just over 20 years with the longest break being 5 years is a pretty productive career.

Admittedly none of them have really lived up to Maxinquaye, but there must be some gems in there somewhere. Let’s talk about his Tricky and highlights of his post-debut records. To start off with, I always quite liked For Real off of Juxtapose:

Heard one of his new tracks on 6Music last night. Was good, as he usually is tbh tbf…

Was massively into Maxinquaye, Pre-Millennium Tension and Angels with Dirty Faces before losing interest for a bit. Then got back into him for Knowle West Boy and Mixed Race.

Have seen him live a few times over the past few years and he is probably THE most frustrating live act. Always starts off ridiculously strong before losing interest after about four songs, letting his band carry him for a few numbers, then starting a row with someone in the audience. EVERY TIME. Such a waste. Even if none of his subsequent albums have quite lived up to Maxinquaye, his 21st century output has probably been better than Massive Attack and in a different world he would be every bit as big as them. The thinly veiled is a massive fan, but I refuse to go see him live anymore

Best recent track - like this one with The Antlers… 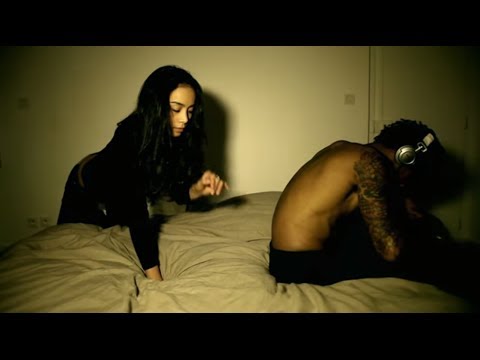 Juxtapose is probably my favourite of his - short, punchy, some nice collabs.

his 21st century output has probably been better than Massive Attack

his 21st century output has probably been better than Massive Attack

MODS - please remove the word ‘probably’ from this sentence. Tnx.

his Massive 21st output has better Attack than been century

Can’t say I have listened to it for years but at the time I loved Juxtaposed. The 2 albums before that felt like they had highlights but just a bit too hard work. I should give the first 4 albums a listen with older ears sometime.

Not sure why I didn’t bother after Juxtaposed - maybe it just felt like that would do as the follow-up to Maxinquaye so no need to bother with anything else?

Seems to have got to a place where he can make music, gig & not worry about success or critical acclaim. Maybe?

Weird, that antlers one just sounds like a really half arsed remix

as long as I’ve been a Massive Attack fan, I somehow didn’t get into solo work until the last few years or so. Maxinquaye is obvious great, but Pre-Millenium Tension, while also really good, was very frontloaded. I didn’t care for Nearly God. Angels With Dirty Faces was… interesting, but I’m not sure if I liked it or not.

Haven’t heard anything good about his albums after that, so I’m not sure I’ll bother. All I remember is that one track he did with the guy from Live was pretty bad.

I have a copy of For Real in a CD wallet on the ocean right now. But never got around to checking out that album.

Always funny when you see him in The Fifth Element when it’s on.

yeah, not really sure there’s much need for most of this. I like the very slightly different riff, but the original was trip-hoppy enough already.