Seems like GWAR are also this sort of band: 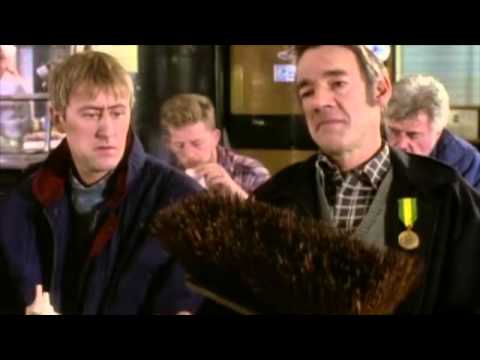 Sorry to go off on a tangent, but this is a fine example of why I don’t fucking like Only Fools and Horses (and so apparently am not a real British person).

Anyway I can’t think of any bands like this off the top of my head, other than the Sugababes.

good song on the topic

Sugababes are the obvious one, I referenced them and MSK in a Uni Philosophy essay

*haven’t fact checked this so may well be nonsense. happy to assume I am correct though

Hopesfall although they’ve now reformed with their original line-up

TWIABP - very nearly there, only one original member left (I think) and that’s the bassist.

I can’t think off hand what TWIABP stands for but clearly this doesn’t count!

The world is a beautiful place and I am no longer afraid to die.

Oh another Grindcore suggestion is Cattle Decapitation, always pondered whether this was partly due to the early line-up featuring members of The Locust

I have never heard of that band.

They’re a ‘big’ name in the emo revival scene. But a bit post-rock(?) sort of thing as well.

(quite enjoy it tbh)

No idea who these fuckers are, but Aaron Gillespie being in at the start and now surely discounts them?

Reformation, though? I’ll give it to him as they certainly were at one point an example of this.

I forgot that they reformed

My information came from your image.

Are they any good?

In places, yes. Not heard any of their later albums, but if you’re into early-2000s screamo / post-hardcore / whatever, then they had a few decent songs.