I am meh, nothing a well aimed rifle shot between the eyes wouldn’t solve.

But, in the words of PC Reginald Horatio Deadman, you don’t want to hear about my problems (and if you do, they are outlined elsewhere).

Tuesday, most commonly comes after Monday. I put an ‘n’ in the title, because I am listening to music and I want to know what music has accompanied your morning. Did you spot the covert ‘n’?

I have my Discover Weekly playlist on courtesy of Spotify and am currently listening to One by One by Billy Bragg and Wilco. I think they are fake artists.

Work on programme benefits for each train operator.
METHODOLOGY document
Re-work on a previous piece of analysis

Sounds like a pretty cool dream! I like the ones where you feel as though you can make conscious decisions to affect the outcome!

It’s quite a departure this morning weather wise isn’t it? Much fresher, which I found quite a relief, quite honestly.

I’m going to check out your tune right now…

Got a great thread idea for in a bit.

Nothing on today, should clean and tidy up really, maybe later.

6music in the background but also got this in my head as boys have been learning it for their end of year/school’s 50th anniversary celebration:

Just had a dream that felt like it lasted forever where I kept going to pee in various bathrooms (was at work then like a big school or something) but as soon as I had finished I realised I still needed to go but had to find a different toilet…at one point an old work colleague came up to me mid urination and was getting really aggressive accusing me of defacing his crossword puzzle as “the final is today!” Of course when I woke up I reaaaaally needed to go!

Anyway today I’m going to work on some more songs I think.

No music for me so far today. Unless the BBC news theme tune is music…?

I’ve been awake since half five. I’ve apparently already seen all of the news that BBC 1 can offer today.

No plans today other than possibly playing Dishonored 2; I’ve spent the last couple of days feeling like a zombie and I’d quite like to feel normal again.

No commuting for me, but this is my jam at the moment:

did you see the dog that ate three of his leads?

Hullo. Not much happening today. Got a meeting about a short film i might be editing later. For now im sitting on the sofa sipping coffee and watching:

I can’t help but feel I’m enabling an awful pun, but no, I did not see the dog eating three leads.

Slept for a good 8 hours last night but woke up feeling very tired, s’all that about?

Trying to convince myself that buying a Switch is a great idea because I’ll be able to play (Way to Breathe No) Breath of the Wild in the garden in the sun. Hmm. 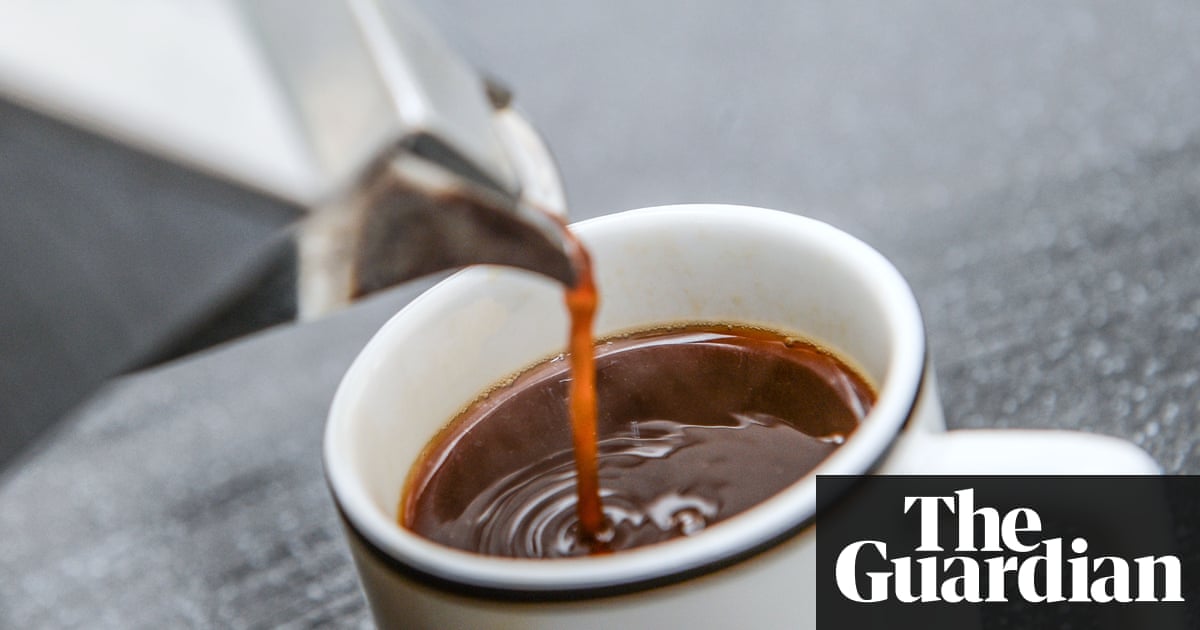 Coffee a day keeps the doctor away? Perhaps, but benefits may be down to lifestyles rather than the brew itself, researchers say

There’s been (another) push to have a discussion about the lack of diversity in one of my penoid communities. Despite heavy moderation, the reddit thread directing people to it is like MRA bingo.

Trying to decide if I’ve got the energy to wade in or not. Reddit needs to be nuked from orbit tbqfhumble.

Absolutely nothing, nothing to report.

Went to watch Djurgården last night, it was a pretty rubbish game but quite fun.

Today’s big task is to review some editor corrections and some illustrations work that we have had in. Don’t want to do any of it so I am getting rid of a load of smaller tasks to avoid it. Not good really.

This morning I listened to the following on the train in:

Yet you’ve… reported it