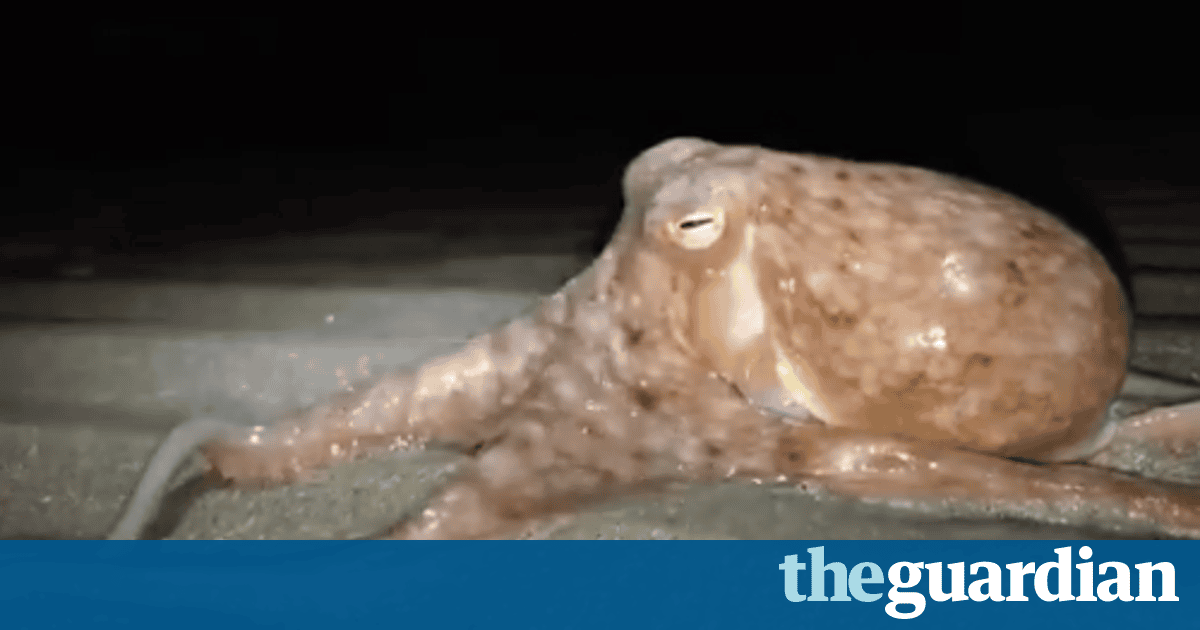 Up to 25 of the cephalopods end up on dry land, possibly confused or injured by the recent storms

Anyway, it’s nice and bright in Melbourne today. I am bored at work. Still some hours to go, though. I guess I need to grab some sweets in case of Trick or Treaters later but I couldn’t even see your standard orange pumpkin around. I think Aussies only like ones that actually taste of something…

I cycled into the office this morning and forgot to pack my clothes.

With it being hot, my cycling gear was too gross to spend the day in.

The only other clothes I had with me was my taekwondo uniform. Everyone seems to have assumed it’s a halloween costume, so I’m going with that.

I saw this on FB. Excellent work!

My feet are a bit cold with the overzealous aircon though.

Off to Bicester for work ain’t I

Really cold here, it was like 18 degrees last week, what a weird country

I think this thread’s got legs

Cephalopods is such a good word.

Woke up at half 6, eww. Whoever said waking up naturally was good was lying. No Halloween plans, just hoping Spice is ok in the next 24 hours so he makes it to his 4th birthday tomorrow!!!

Mornings like this stood on a cold platform at the station going to a job I hate make me question my life choices.

Had a really shitty interaction with a fairly senior colleague last night which I’m planning on bringing up with my manager. It’s someone everyone loves but who I’ve long suspected as being quite snide and calculating. Went through the exchange with the TV who was like “yeah that’s textbook workplace bullying throughout”. Feel like I have to bring it up, but not looking forward to doing so.

Dreamt that I went to

You’re 24h behind the times, Theo. We’ve eaten them all now.

(The humans that is)