Tuesday thread of pancakes and shroving 🥞 🍋

Pancake day then. Might get some jif lemon in for the 90s #feels

Don’t want to get it confused with lemon cif though do you ahahahahahahahaah.

Got pancake no 1 in the oven, let’s fucking do this.

Drinking coffee, watching frasier where he endorses the congressman who thinks he’s been abducted by aliens. It’s a good one.

Used to have jif lemon, sugar and then squirty cream as a bairn

I am making a Dutch baby. 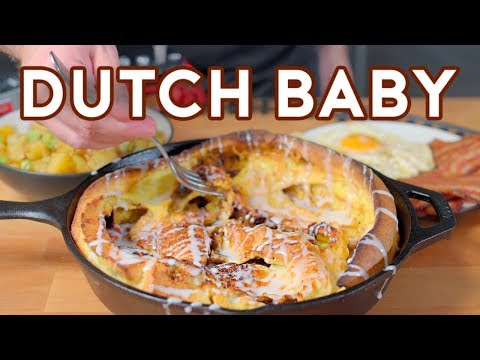 But without all the fancy toppings he does.

It’s Wor Lass’s birthday so I’m taking her out for breakfast in a bit and then we’re going to see Dippy at Kelvingrove. The Atherstone Ball Game is a "medieval football" game played annually on Shrove Tuesday in the English town of Atherstone, Warwickshire. The game honours a match played between Leicestershire and Warwickshire in 1199, when teams used a bag of gold as a ball, and which was won by Warwickshire. At one time similar events were held in many towns throughout England, but Atherstone's is now one of at least three such games that are still played each year at Shrovetide, the others being the Royal Sh...

I think you’ve missed the point of Pancake Day here…

Don’t think so? Not that I was being serious obvs

Drinking coffee, watching frasier where he endorses the congressman who thinks he’s been abducted by aliens. It’s a good one.

Posted a pancake day Tuesday thread at the same time

Ironnnnns! Tbh i forgot it was shroveday so let’s just go with yours

Is it now acceptable to eat 6 creme eggs a day, or do I have to keep it to the current 4?

The most overrated of all the days, I think we’ll all agree.
Cheers guys have a good one!