So excited for this.

finished this last night. was very good. at first i was like “oh what’s ‘men.com’? some new streaming service?”

a second series should spend a bit more time making the tasks more varied. tasks where contestants just have to ride a big chicken is still a great task though.

I can see it being sold to netflix for future series.

I want some of the daddy merch.

The Great has started on All4, released weekly but that’s cool. I thought the first episode was excellent.

Had that Bridgerton on the TV earlier. Don’t really have much to say except it looks very nice and the Duke Simon guy needs to be the next Bond. What’s your username Regé-Jean? Reveal yourself.

Married at First Sight has loads of single people apply to be matched with a partner who has been chosen for them by “experts.” It is very different depending on the country’s version. The UK one is very calm and low key, the Aussie one is pure reality tv drama. I would start with series 4 and continue to 5 and 6 from there. 6 is full of horrible behaviour from loads of couples.

Aussie one. They should be on 4od or whatever it’s called

Nathan for You - US comedy/mockumentary thing

How To With John Wilson - US Humorous video diary

Have you seen Unorthodox (on Netflix) 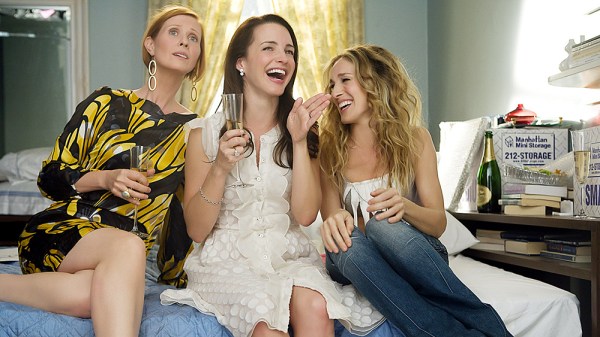 ‘Sex and the City’ Revival Confirmed at HBO Max

“Sex and the City” is getting the revival treatment at HBO Max, Variety has confirmed. The new chapter is titled “And Just Like That…” and will star Sarah Jessica Park…

Honestly think it makes sense to kill Samantha off if Catrall won’t be in it.

Tempted to give this new Trailer Park Boys season a watch this evening out of sheer boredom, but lost its magic a long, long time ago and some of the key cast members are no longer with us.

Watched The serpent over the weekend, pretty good but not amazing. Quite interesting and liked the clothes and music.

Jumped about the timeline a bit too much.

YES! I’m happy about this

Been watching The Flight Attendant.

Is an absolutely barmy thriller murder thing. Has lots of people who you recognise off stuff (girl from Girls, man from game of thrones, girl from various things like big bang theory, woman from Dr who and green wing doing her evil Scottish act) and a lot of sex and drinking.

Have you watched Sex Education and Scream Queens?