Hi. Anyone here have a Twitch account, or know any good ones (other than Limmy)?

A mate’s asked me to design the branding for his channel, and I’m trying to get a taste of what people do. People who do well on it, anyway.

I’ve got one as having one meant I got free Switch online for a year. I’ve never been on it and don’t really know what it is.

I hope that is of some help.

I have one because it was the primary way of accessing DnDBeyond when I was going on there or maybe Discord for D&D meets.

Like @anon29812515, I have never gone on the site and had no idea what you’re describing was even a thing.

What are they going for use the channel for?

Mostly it’s used by video game streamers, pro or amateur. People watch them playing games live, chat, and donate money when they feel like it. Streamers can also make money through ads. Channels with large amounts of viewers (5 figures) can make a lot of money (>6 figures). Most will make pennies.

Musicians also use it like a sort of online busking, some people do arts and crafts demos, cooking etc but these are very much in the minority.

There’s not a lot of branding to be done I don’t think on the streamers homepage, not much more so than say, a twitter profile.

You can make/design little personalised emotes to be used on your channel in the chat room, these are mostly related to obscure in jokes or memes…

Apologies for reviving an old thread.

Was wondering if anyone has recommendations,Since the pandemic have found myself falling into twitch as a source for entertainment and mainly from people in the Limmy community. Feel like it’s my go to compared to normal TV and was wondering if there were any recommendations beyond Limmy, Zafarcakes, Stevie Martin, Rosco etc, 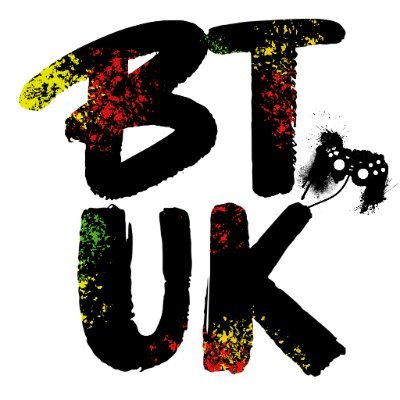 This is just a HANDFUL of the amazing women in the BTUK community, creating dope content all year round! Make sure to follow them, celebrate and support them. We love to see you shine Queens! ✨ Check out even more amazing BTUK streamers here 👉🏾twitter.com/i/lists/129201…👈🏾 https://t.co/2qqVQyJ7b4

It's the last day of #WomensHistoryMonth, and we want to take the opportunity to highlight some of the dope women within the BTUK community!💞 Check out these Character Bios of some Queens you need to be supporting outside of March and beyond! ✨👇🏾 https://t.co/t4gFpuZxL4
2 Likes
BodyInTheThames 21 May 2021 19:42 #7

Thanks for the links, will take a look through the twitter thread.

Wasn’t aware Kenny Beats streamed, fan of his stuff so will certainly check it out.