Two 50 year olds punching each other 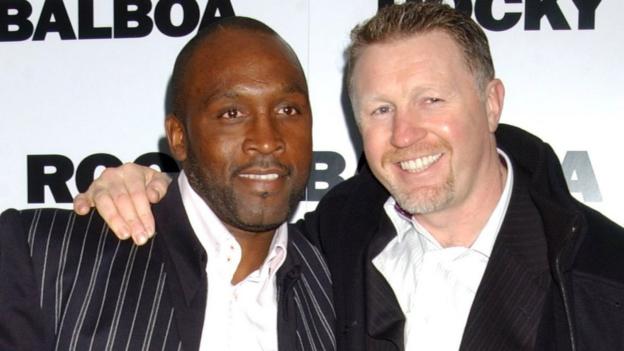 Nigel Benn and Steve Collins agree to rematch after 21 years

Nigel Benn and Steve Collins tell BBC Sport they have agreed a rematch - even though neither boxer has fought since the 1990s.

What hell are they thinking, though? Have they watched too many late Rocky movies?

“It’s just about money, a payday which will allow me to buy some more land,” [Collins] said.

Yes, it is a terrible terrible idea.

got it now, thanks