For other snakes with polycephaly please start alternative threads. 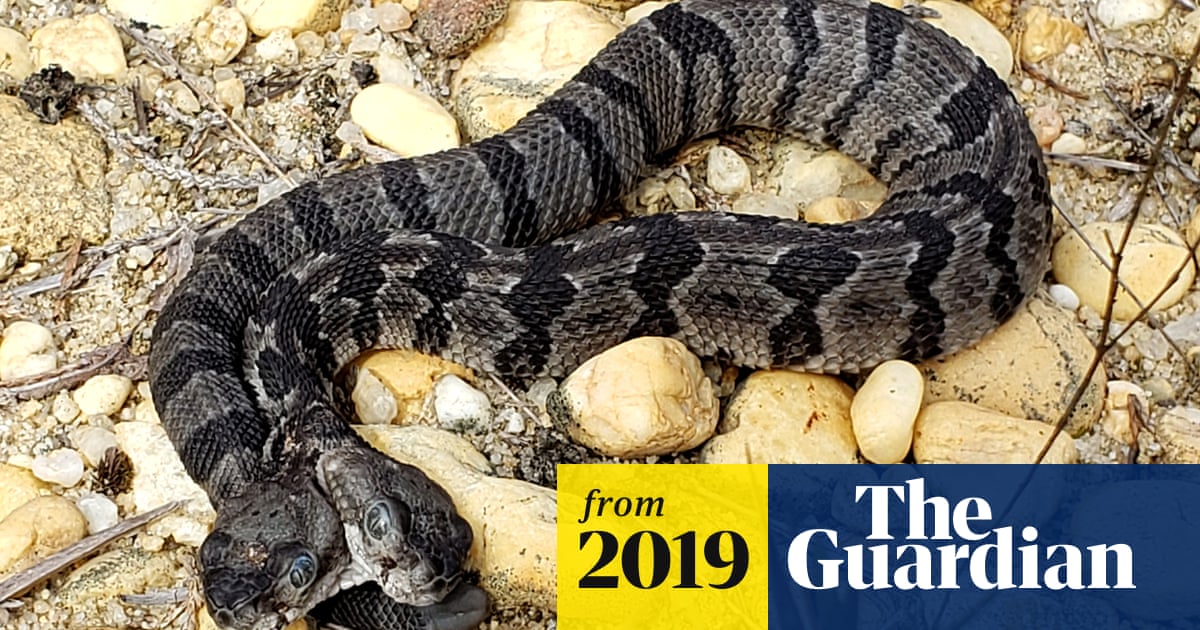 Rare two-headed snake nicknamed 'Double Dave' is found in US

Would you like a two-headed rattlesnake as a pet? It would certainly be a conversation starter, especially when speed-dating.

Anyone on here actually got two heads? Perhaps there’s a forum user too shy to post because of their spare-headedness. Fret no more!

Has one two-headed rattlesnake head ever tried to eat the other head?

You haven’t even got a poll

Has one two-headed rattlesnake thread ever tried to eat the other thread?

When your rattlesnake’s got two heads you don’t need a poll.

Which head is your favourite?

You know, just to help.

Two heads are better than one, as they say! Seems inappropriate in this case though. ‘They’ should stop saying that.