Like, hmm, the majority of BBC correspondents went to public school just like the ruling class, I wonder if that affects the discourse at all

this is what’s quite hard to communicate imo. no, we don’t have a ministry of truth as in a big grey building that goes through everything and blacks out negative news. we do have something just as, perhaps more, effective tbqh.

Chomsky v Marr was quite revealing in this regard. When Chomsky said you don’t need to self-censor because the system only promotes journos to positions of prominence if they accept an establishment consensus. It’s a self-selecting system. Marr knew what Wategrate was, which Chomsky rightly said was actually “small beer”, but he had no idea what COINTELPRO which was a far worse scandal at the same time in America but was barely covered, which said it all really. And Marr was still arguing the point that he didn’t censor himself, and Chomsky quite elegantly said, you don’t have to, because if you didn’t believe what you believe you wouldn’t be sitting there right now. they wouldn’t let you.

it doesn’t surprise me that every new revelation seems to further ram home just how dangerously authoritarian theresa may is, and it doesn’t surprise me that there are plenty of people in the commentariat and members of the public who can look at the austerity deaths, the corruption, the destruction of Libya, the inequality, Grenfell, the dabbling with reactionary regimes like Saudi and turkey, the racism, the fascism, yarl’s wood, windrush, the petty tyranny, and think, “this is perfectly normal and the tories are entitled to participate in democratic life as much as anyone, all we need to critique are the procedural failings in politely worded op-eds and self-censoring late night talk shows”. i don’t know how you engage with people who’s brains and moral compasses are that fucked up.

obviously I’m not really advocating purges and whatnot. BUT i’m sincere in believing that the tory ideology is a corrosive one, it is damaging to society, and it should be eradicated from public life via democracy and education to produce a reality where we find it astonishing people like Theresa may and David Cameron were anywhere near power, much the same way we can’t believe so many genuinely bought into Mosley, the NF, and/or the BNP. tbh, in many ways the tories are actually worse cos they have actually achieved power.

only techno-socialism can save us now

only techno-socialism can save us now

There are some very talented folks producing music who are regular posters on these boards. Most of those folks are also woefully underexposed. Was chatting with one of those folks and pondering the idea of some sort of community-led digital label to support with promotion, foster collaborations, do artwork for records, maybe even organise shows; I don’t really know what it would involve - I just make stuff I like on my laptop - but I’m sure we’ve got enough creative folks with enough knowledge…

Hey man, I think you’ll find there are several different flavours of ‘white man with beard’ in our mix. There are even rumours some of us have no beard at all.

what’s all this about then? Am I missing a detail here? What are they doing and how the hell do they expect to spin this one?

Govt to 3 line whip #windrush motion. Lab spokesperson response:"If the architect of this cruel farce, the Prime Minister, is ordering her MPs to vote to keep her role in this mess hidden from the public, it exposes the Tories' crocodile tears on the Windrush scandal as a sham" 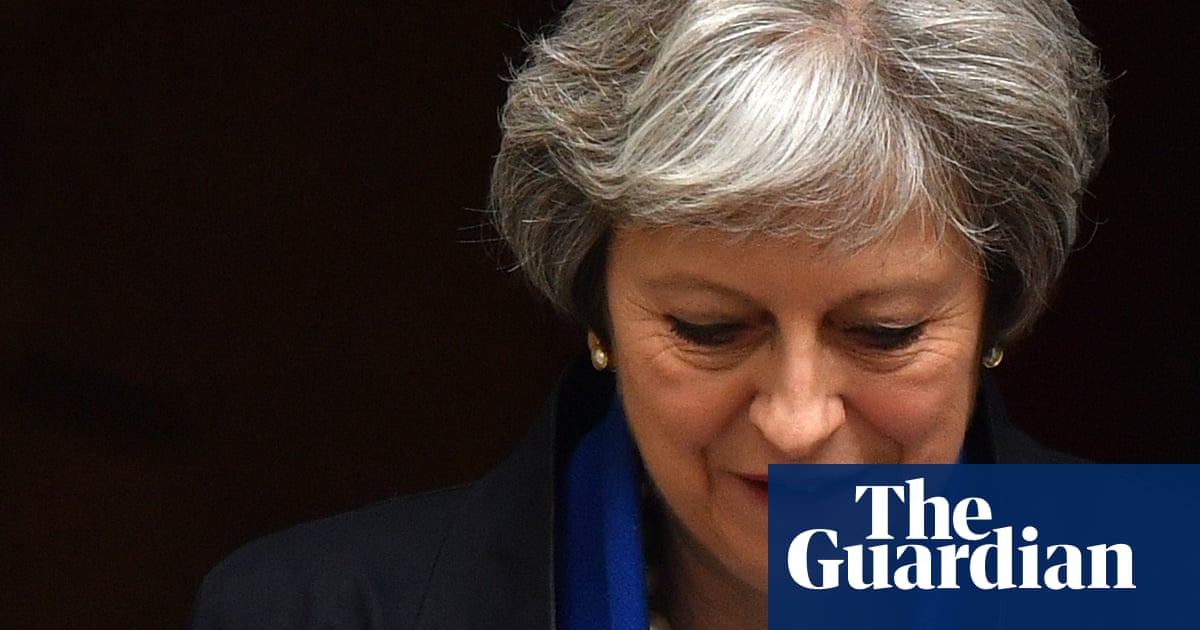 They’ve decided that a cover up will do less reputational damage than allowing Yvette Cooper to lead an enquiry.

But if they lose the motion? That would be a direct end for May would it not?

She’s announced her own inquiry (government sets the terms) during PMQs which will mitigate slightly.

I think she’s calculated that if the detail of everything she knew gets out, that would be worse for her/the Tories than if she’s seen to cover it up.

Best for the Tories would be if she quit surely?

i take it back. gulags. purges. make their children watch, too. gimme the blind and vengeful justice of the mob please.

Tory MPs cheering former Home Secretary Amber Rudd who repeatedly lied to parliament, was accused by one judge of contempt of court, and proposed that British companies would have to list all foreign workers. Birds of a feather #pmqs
BodyInTheThames 2 May 2018 12:30 #92

Also, given how desperate she was to land a deal with the DUP doesn’t this leave her wide open for for a deal/takedown from her own back bench? Mogg cult must be shaking the private deal tree for all it’s worth right now ?

Best for the Tories would be if they fired her out of a cannon into the sun.

FTFY. Although I might be mixing up “Tories” and “humanity” here.

Best for the Tories would be if she quit surely?

This is the thing isn’t it. I know they’re using her as a shield as much as anything, and it’s all a case of political manoeuvring, but at face value they’re still saying that Theresa May is the best person to be prime minister. That’s a position that’s been looking ever-more ridiculous for a long time now. How long can it last?

Is there not a large aspect here of sympathy for Rudd in her being the fall guy/human sheild for May?

In which case couldn’t this loud noise be interpreted as threatening dissent towards the PM?

She’s already wide open and has been for a while.

Today’s front pages suggest that Mogg’s crowd are on the move again to force her into getting what they want on the customs deal- which is probably more important to them right now than having one of their own in power right now. Force May into getting the Brexit you want, let her take the flack (as @SenorDingDong says) and make your move once we’ve actually left. That way, you don’t risk government collapsing, Labour getting in and making less of a mess of things.

The most important thing the Mogg crowd need to pay attention to is that they don’t push the leftish-Tories or DUP too hard and accidentally collapse the government.