just twitter being it’s usual annoying self and hyping everything up like omg cocaine is trending because michael gove wobbled his head and did a silly voice.

super weird when you consider the levels of artificial hype and overreaction most streamers and youtubers go for, like it’s just performing on camera

weird in a different way imo. less of an absolute danger

I like that he had a professional photo shoot done and then actively chose to go for this one as his official MP picture:

Maybe we’re all actually the butt of his joke

I mean, technically we are…

Genuinely hate that calm measured appearance most of them put on. This is important, they should have an emotional stake in what they’re doing.

(realise it isn’t a new insight that certain political groupings promote style over substance; my point was more that they think this is all there is to political analysis and that they’re just very good at it and very clever)

If only people knew how to cook more efficiently. Why has nobody thought of that?

Con+5 I really do hate this country.

“But mister, how do I cook this meal without a cooker or any fuel?”

“You’ll never get anywhere with that kind of defeatist attitude “

Would love to see him sent to the supermarket with 30p to buy ingredients and then make his nutritious carrot soup boiled carrots.

Another 50 fines are to be issued over lockdown rule-breaking in and around Downing Street, Met Police says

He used to be in the Labour party until 2018 when he was suspended for dumping boulders to block access to a Traveller camp site for which he was subsequently given a community protection notice.

Don’t ask me how, but if that happened in 2018 then surely Corbyn is to blame?

During the 2019 general election campaign, in the wake of a murder on the Carsic council estate in his constituency, Anderson said that certain “nuisance” council tenants were “making people’s lives a complete misery”. He said: “Let’s have [the tenants] in the field, picking potatoes or any other seasonal vegetables, back in the tent, cold shower, lights out, six o’clock, same again the next day.”

Anderson was one of three Conservative Party candidates investigated by the party over claims of antisemitism during the election campaign. The investigation was opened on the grounds that he was an active member of a Facebook group in which other members supported Tommy Robinson and promoted George Soros conspiracy theories. 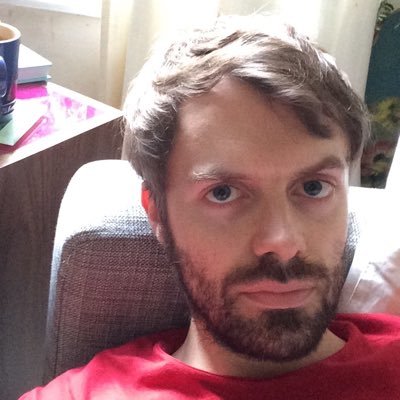 @dandouglas
it’s cool how every tory MP’s wikipedia is like, “in his spare time, he is a director at Corrupto asset management, & he owns a firm supplying crates to food banks. his wife, a political journalist at the Telegraph, pictured here with Ghislaine Maxwell, is Boris Johnson’s cousin,
16 Likes
← previous page next page →