His smile is way too friendly to be Chief Tory.

You see friendly, I see sorry to sharks who don’t deserve this comparison

Thanks for your time.

If I could crater careers just by showing up at Number 10 I’d be smiling all the time too.

continuing from the last thread

UK Politics: October '22 - “Mistakes were made and that’s the reason I’m standing here”

A lot of more moderate Tory voters also find the hardcore anti-immigration and general authoritarian rhetoric really offputting. Patel for example, there was always an assumption online that she was incredibly popular with the party but she actually polled horrifically amongst Tory voters.

Tories are evil etc but the very hard-line invasion stuff Braverman is spouting plays only to the really hard right of the party and it’s a dangerous game to be playing if you’re alienating another bit of your base, so their media outlets are probably aware of that.

I’ve hated the tories the whole of my life yet still find it amazing that im now 41, and they are still finding ways to make me hate them even more and feel more passionate in my disgust. Got to applaud them for something i guess.

I remember having a big rant on socials on the day of the 2019 election urging anyone who would listen to get out and vote and not to vote for the Tories and listed all the reasons why I though it was important not to let them be in government again. (I remember specifically a couple of people in the office saying stuff like ‘they’re all as bad as each other/don’t know who to vote for so probably won’t bother’ etc which riled me up)

Here we are 3 years later and that list of stuff just seems almost like childs play, which is mental.

@willuminare
I thought I'd look at published manifesto usage of the term "invasion" when it referred to immigration. I checked every significant Party's manifesto since 2005 to see how used that term is. ... it isn't. You only find it in one manifesto. The BNP Manifesto from 2010. 9 times. https://t.co/TXelsBzTh0

Reckon I’ll be saying exactly the same thing in December and every month thereafter until the end of time.

how is it even legal for sitting mps to take holidays paid extra work during parliamentary sessions?

Wait, is he not still an MP? how the fuck is he working that one?

Wipe his eyes with tenners Pretty Tory cast innit so sadly nobody will batter him? Tbf only remember Tindall being in the cast.

Dorries had the whip withdrawn when she went on, suspect the same will happen to him. I imagine after he got blanked by Sunak last week he was straight on the phone to ITV: gets a free holiday, pisses off his boss, gets to eat some weird shit, result.

MPs aren’t actually obliged to do their jobs - you can get elected and refuse to do any constituency work or turn up in Westminster for 5 years if you like.

Think Dorries had the whip removed when she went on this 10 years ago?

Aaand there we go 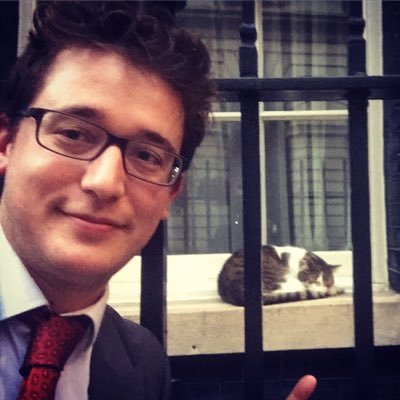 @danbloom1
BREAKING - Matt Hancock has lost the whip for going on I'm a Celeb Chief Whip Simon Hart MP said: “Following a conversation with Matt Hancock, I have considered the situation and believe this is a matter serious enough to warrant suspension of the whip with immediate effect.”
3 Likes
next page →