I agree that the idea that the Tories are happy to lose the next election is bunk, but I think that there’s a huge error in their timing with this. The measures announced today leave pretty much no room for further tax cuts and investment announcements in the run up to a general election. The standard Tory cycle would be to increase taxes (or interest rates, pre-BoE independence) after an election, allowing you to then cut them in the year before the next election.

Today’s measures are completely out of sync.

There’s well over 2 years left until the latest possible election date - the idea that right now they’re saying “nah we can’t do it” is comical.

Country is heading off a cliff in a way that is hasn’t been for decades, they haven’t got Brexit to fall back on (and the tide will likely turn the other way on that in due course) and their leader has an iota of the charisma of the previous one. I would think you had something like a point if any of the policies announced looked to be addressing any of the issues in anything approaching a meaningful way. They haven’t. They’ve simply decided to let their mates fill their boots and fuck the poor. Except it’s not just the traditionally defined poor this time - a huge cross section of the British public will suffer. It’s utterly unsustainable in the current circumstances. Such utter short termism strongly suggests the motivation is letting their donors and friends pick over the bones before it goes pop, so they’ll remember them in the next one.

I mean the Tories may still win following this policy - the electorate in this country is so broken I wouldn’t put anything passed it - but I really don’t think “fuck the dying country into the ground, get rich and let the other lot try and clean up the mess” is a policy that many in the Tory party are “too competitive” to consider

This isn’t short-termism from their point of view though, this is how they think things should be.

They’re not looking at the wider circumstances in which they’re making these changes, but I think that’s down to these people having no real curiosity or insight (or fucking brains, basically) – their political existence is to roll back any kind of tax increase or government intervention wherever they can. Whether that’s at a time of national peace and prosperity, or at a time when there are about 50 huge crises happening at once, doesn’t matter to them. They would be behaving like this on day 1 of taking over from Labour, or the last days of a tory government that’s lasted 50 years.

Tbh though (having typed all this out) I don’t suppose it matters either way what the motivation is, the outcome, whatever it will be, will be unaffected.

Does Truss think that the tories can win the next election?

Do the other front bench tories believe they can win the next election?

Do the back bench tory MPs think the party can win the next election, even if they worry about their own seat?

Do the tory-supporting bits of the media think the tories can win the next election?

Do the tories financial backers think the tories can win the next election?

Do senior people in the labour party think the tories can win the next election?

Do you think the tories can win the next election?

Have I made enough polls in this single post?

This is the end for the Tory party, never getting elected again

Yeah appreciate all of this but I can’t remember it being so utterly up front before - there’s not even any pretence to it being anything else and the coming crises will affect so many people that the media won’t be able to spin it for them. Also, i think it’s short termism now, in respect to this coming election, but its more long term overall. They’ll only be gone for four-five years, during which time the Labour government will have a next to impossible job during which they and the media can hurl rocks from the sidelines. Sets them up for another 10-15 years of interrupted power.

This is the end for the Tory party, never getting elected again

I think that they acknowledge how hard it may be given the state of the economy etc. I think they’ll be thinking that it may not be within their power to control the win, but their brains operate different so who knows

can someone explain, as they might do to a toddler, why this has crashed the pound?

I understand it’s very much a shit budget, but why does fucking over poor people in britain cause the markets to lose confidence in its currency

I’m no economist, but I guess it’s because it’s ratcheting up debt to unprecedented levels…

And they don’t think it’s going to lead to the magic growth that Truss is expecting.

It is a mountain of shit built on a deck of cards. 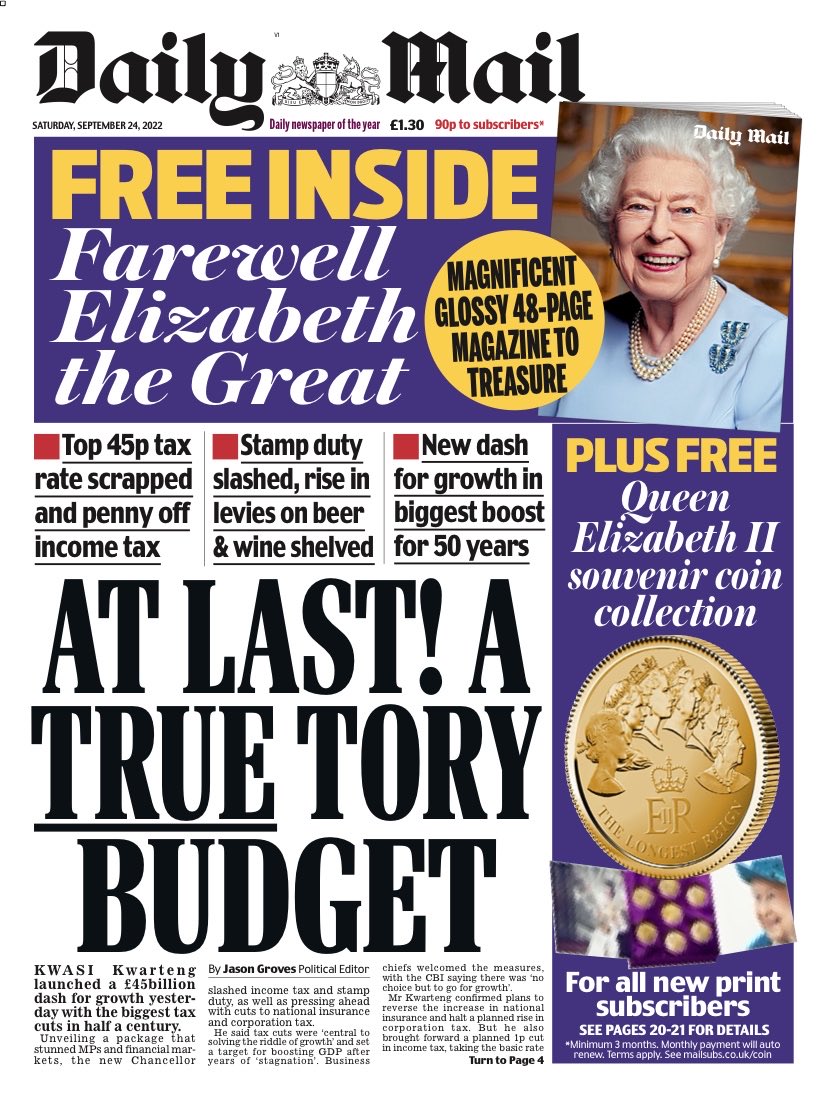 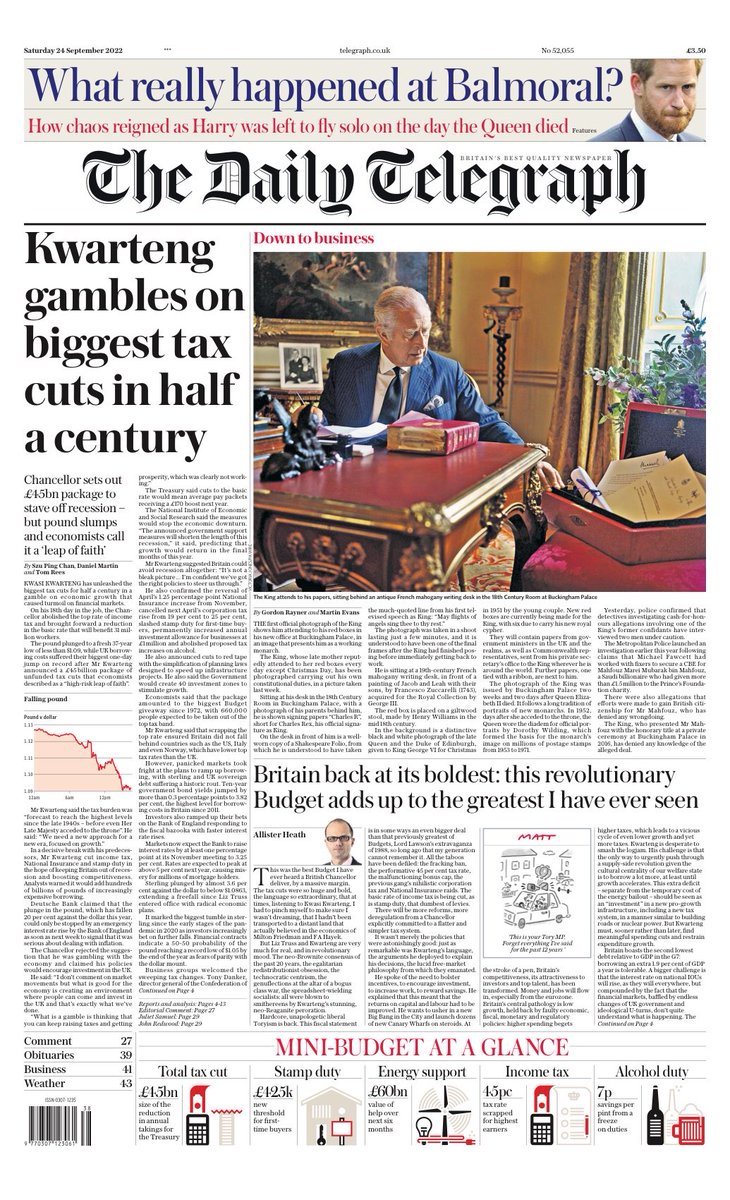 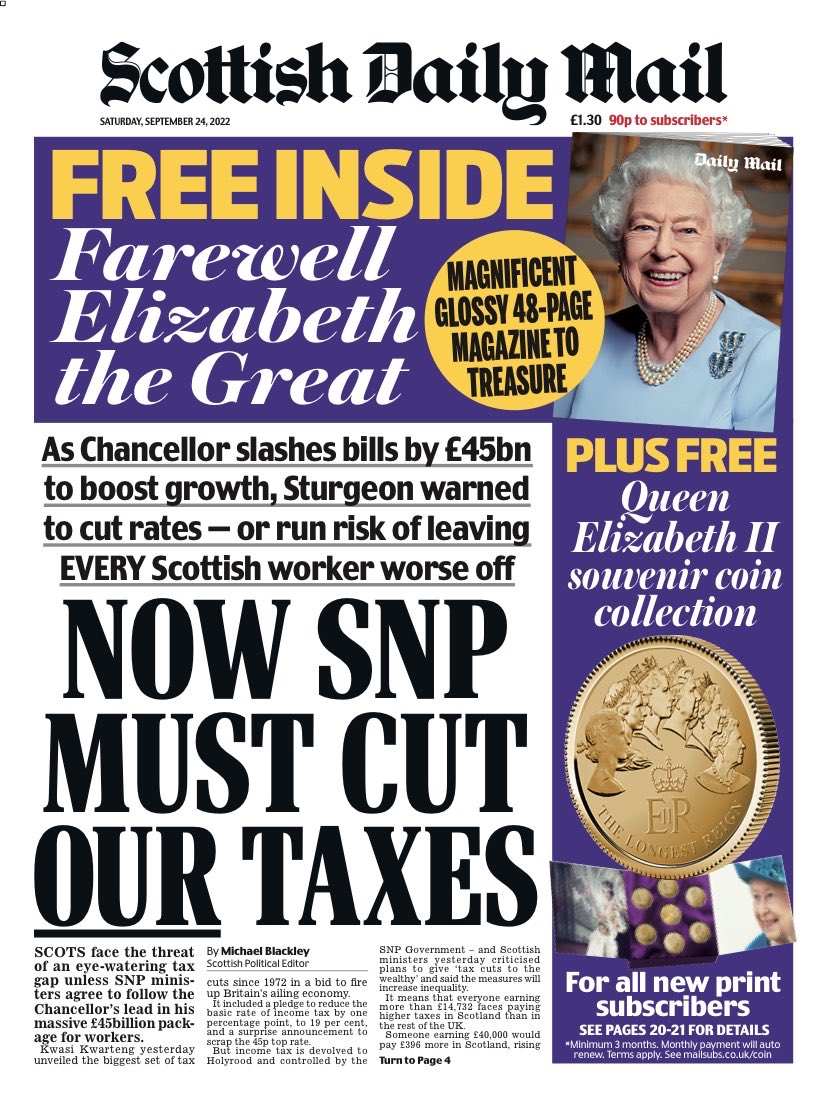 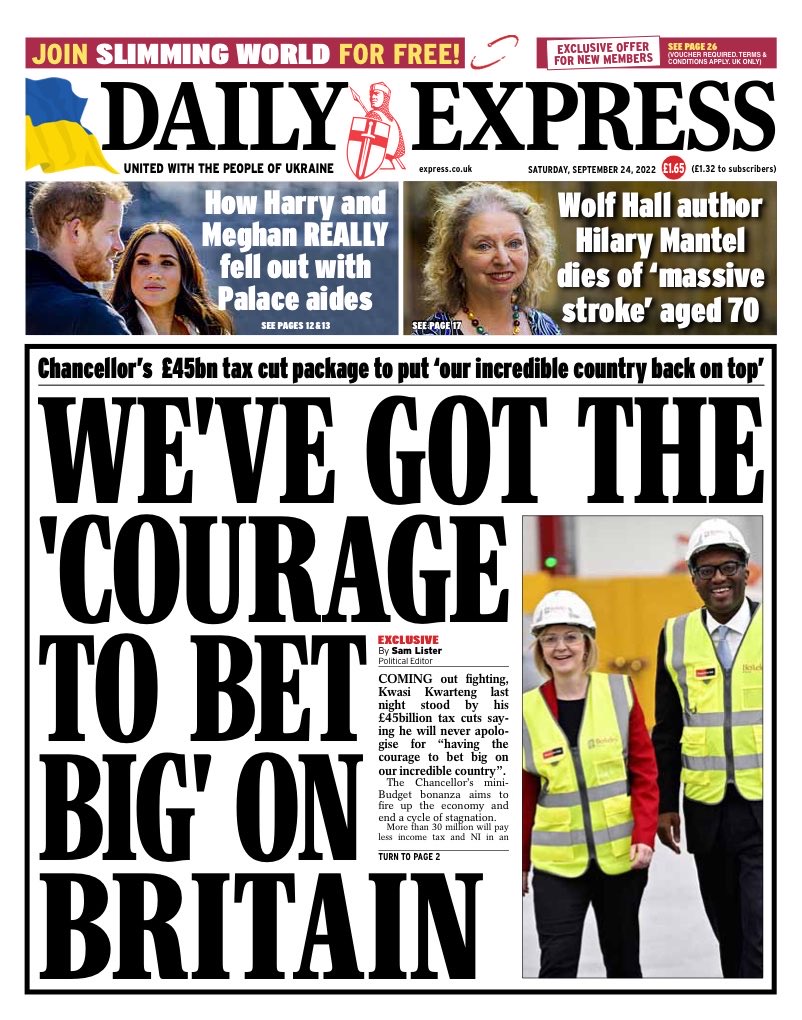 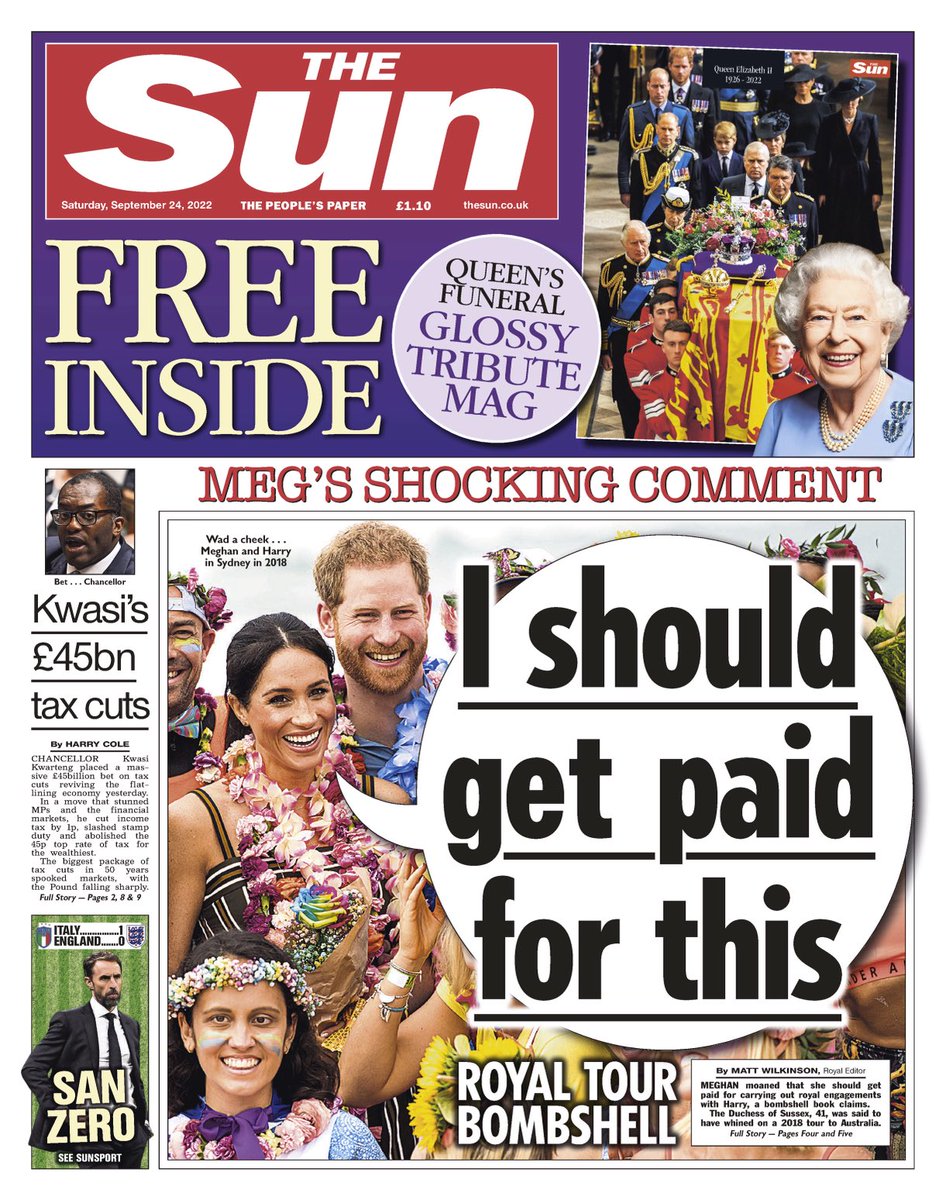 The Mail’s not wrong, it is a ‘True Tory budget’ - no one else could come up with something so diabolical.

Bankrupting the country to own the SNP

One other thing that makes me sick about this is how little Starmie is going to have to do to be better than this government. You can practically see him vibrate with glee, the whole Labour right wing playbook of just being an inert lump while the Tories immolate themselves is coming true. Awful