Where did you drink when you were underage (doesn’t even have to be underage, can be young and not enough money to go to pubs)?

Couple from me: friend’s bedroom, dead-end side street near Desks International, a square where skateboarders/BMXers/“grungers” all hung out and once in Europa bus station before seeing Terrorvision.

I think I prefer all those places to a lot of pubs.

Spring lane. Pretty good vantage point to be able to run into the woods if the police were called.

The Anchor, Cowes, Isle of Wight

The bowling alley that I ended up working would always serve us as would one pub in town called The Star.

There was a place in a local village that served me when I was 16 or something and the guy said “pleased to meet an 18 year old” and shook my hand, they lost their license fairly recently afterwards.

One of my mates lived on a farm and we used to get hammered out in the fields and pass out in tents in the depths of winter, bleak.

The Cork and Cheese, Southend on sea. At 16 the barman knew what my ‘usual’ was. So gassed.

I had to google it, that’s a pub nikkles, what sort of pub servers bored kids, a good one.

Used to go to a bar called Bedroom. Pound for a pint and sambuca. Cracking days

we also used to go round our pal’s place, he lived on a farm in the middle of nowhere and his parents didn’t give a shit what he or us did

An old railway tunnel. some good pics here (so so creepy)-

The tunnel we drank in was called ‘The Darky’.

I saw my mate’s mum once in an airport at 6 in the morning when I was all grown up, I probably should’ve gone over an apologised for all the gyp that we used to cause her.

Nowadays the kids just do it on Troon beach. 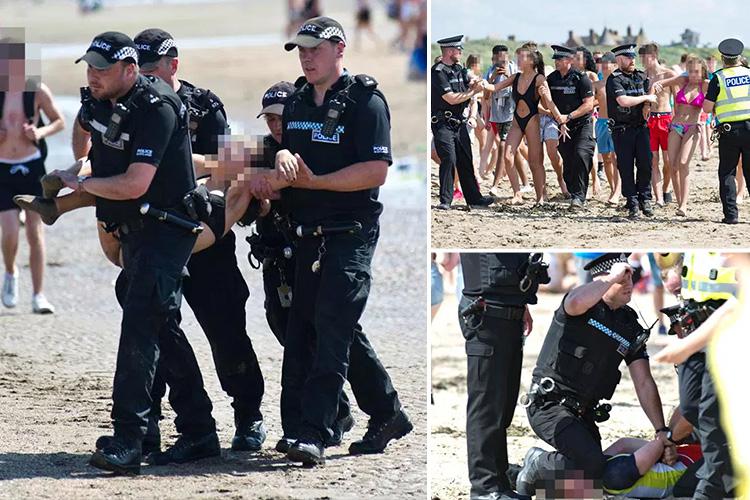 'Boozed-up teen yobs in swimsuits pelt cops with bottles and cause chaos as...

BOOZED-UP yobs pelted cops with bottles as an invasion of drunken teens brought chaos to a popular beach. Families looked on in horror as fights broke out on the sands after 6,000 flocked to Troon,…

can be young and not enough money to go to pubs

johns mums house mostly. she used to get us crates of stella stubbies in then go out for the night. it was well funny when she brought a fella back (john didnt agree)

that is weird af

The field. Which was directly opposite my house.