@AllOfThemWitches has informed me that yesterday was National Unicorn Day in glorious Scotland. I think we should have a thread for any and everything unicorn related. Chat actively encouraged. Hey, remember that game Robot Unicorn Attack or what it was called? I was so frickin’ good at that.

Oh yeah with the erasure song. That was huge one of my years in uni. In any given lecture, more than half the people with laptops open would be playing it 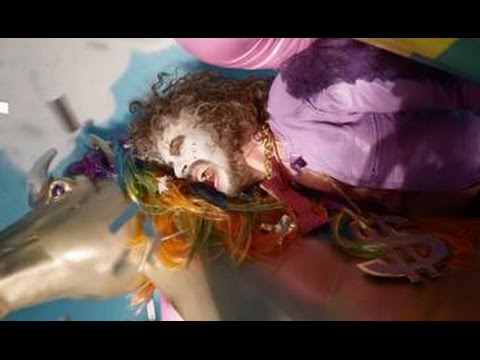 I currently have some Robot Unicorn Attack concept art as my desktop background on my work computer.

They did a METAL version too, with Blind Guardian on the soundtrack.

Why is it only horses with horns on their bonce that people get excited about? Why not a pig or a penguin or a human.

Horses are pricks and unicorns are even bigger pricks (other than the band). is that your tattoo wr? pls say yes

Oh yeah, Rainicorns are fine too.

Horses are some of THE BEST animals and unicorns are (even more) magical versions of them so obviously they’re great.

I’m sorry, but potential controversial opinion time. I am not a fan of people liking or talking about unicorns. It seems to have been a thing over the last year or so.

Why is it a thing

Check us, with our mythical national animal. We’ve got fucking golden eagles and stuff!