I usually head to stuff at Celtic Connections, so I’ve got loads of showcase-type gigs lined up over the next few weeks with 4+ bands who I’ve never heard of. Also booked for full gigs by Orchestral Qawalli (I saw their live stream last year which looked incredible), Juliette Lemoine (cello with backing by Fergus McCreadie and chums), James Yorkston et al, Bonny Light Horseman and Lisa O’Neill.

The Delgados, Titus Andronicus and Lankum are the only other three currently lined up. I’ll have to make the most of them as I’ll be entering poverty mode in September by going back to uni.

Think my dad is seeing him at his own show

His was the only gig we made it to at last year’s Celtic Connections. It was brilliant.

… might have to look up WhaTs on at CC then!

some good uns there

Who are you seeing?

Already been to this year:

Always enjoy him on TV but he was a bit

when I saw him at the Fringe a couple of years ago. Gave him another go as this was in a small venue on a Saturday afternoon, was better than last time but still a few

Good stuff! Seeing David O’Doherty in York in a few weeks. I saw the show at the Fringe last year but my partner didn’t, but he’s the best so happy to go again.

Somehow missed Wozniak was touring here and it’s sold out

Have you still got Next Up? I’ve been enjoying some of this Access fest stuff they’re doing at the moment.

Good stuff! Seeing David O’Doherty in York in a few weeks. I saw the show at the Fringe last year but my partner didn’t, but he’s the best so happy to go again.

Couldn’t decide between seeing him in Belfast where I live or seeing him back in my hometown for the novelty value (though I saw him there a few years ago as well) and then accidentally let Belfast sell out. Realised it’s impractical getting back to the hometown on a Friday evening straight from the office and my hometown friends weren’t fully committed so luckily managed to find a resale ticket for Belfast instead. I am enjoying him very heavily pushing my hometown show on twitter/instagram though because it’s not sold that well for some reason, feel bad for not boosting the numbers.

Have definitely seen him more times than any other comedian as he tours here loads and I ended up seeing him at the Fringe a few times as well despite this.

Somehow missed Wozniak was touring here and it’s sold out

Quite impressed with how well his tour is doing. His show got upgraded to a bigger room here and then sold out and he’s now added an afternoon matinee in the original smaller room (bit jealous of the afternoon goers now)

Have you still got Next Up? I’ve been enjoying some of this Access fest stuff they’re doing at the moment.

Still have it but criminally underuse it. Only Access show I’ve watched was No More Jockeys. Meant to watch the Sarah Keyworth one to see if she’s worth seeing here soon but then didn’t. I was all over their streams in lockdown but rarely get round to watching their catalogue of stuff which I really should.

Quite impressed with how well his tour is doing

Probably the Taskmaster factor. His podcast’s doing well too.

Oh definitely, but a few latter day Mock the Week regulars playing the same venue around the same time haven’t sold nearly as well so the cult following he’s built from TM is impressive.

Love the podcasts too of course

Just added a couple today, Built To Spill 5th June and Screaming Females 15th June. Both at the Brudenell. 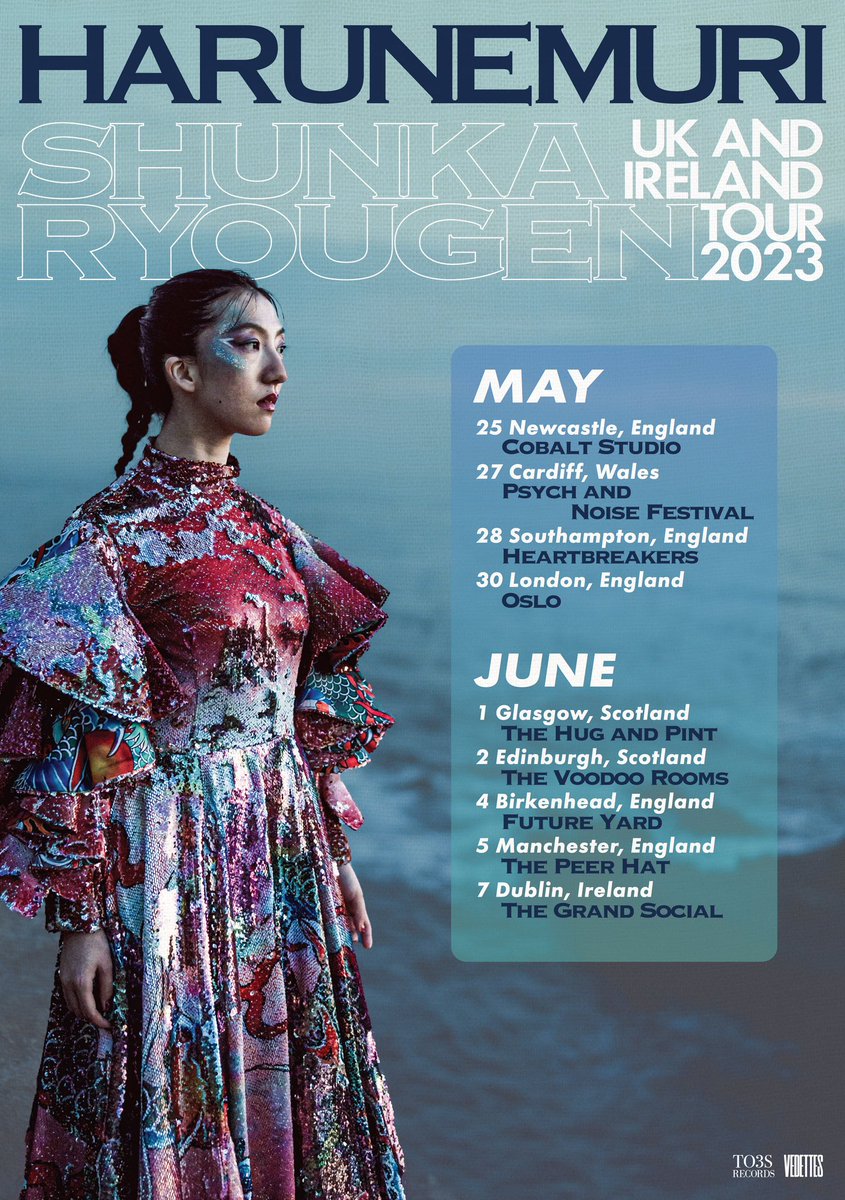 Have never heard of Heartbreakers in Southampton before. Will try and get along to the London date if possible though, cheers!

Very intrigued by this

The 90s vibe dance is strong with this one as I have Orbital, Leftfield and Fatboy Slim booked

Aside from that, Hold Steady, Ladytron, Goat and Henry Rollins doing his spoken word thing.

Will be booking Latitude and possibly Wide Awake and Guns N Roses’ Hyde Park show. Eyeing up Oneida with Teeth Of The Sea but it’s a Sunday night in East London