Tell me of your vacuums and vacuuming habits!

I got a new one for my birthday and it is a dream. It’s a Shark Anti Hair Wrap & Duoclean® Cordless Vacuum and it’s so, so great. I never used to have to hoover that much but now I have a cat who sheds as much, if not more, hair as me and also kicks her litter everywhere. The fact it’s cordless is so amazing cause my little flat is on three levels so dragging The Big Lad up and down the stairs was a right bastard. Also, this little gem folds in half into itself!

I do a big hoover once a week of all rooms, usually on a Friday. I used to use a DustBuster every other day in the living room but that’s now been replaced by a minor hoover.

Sometimes I like to use a carpet fresh powder but I feel like it’s probably not particularly environmentally friendly and not very healthy to breathe in really.

I also vacuum my sofa as and when it needs it.

Also enjoy doing a hoover on the kitchen and bathroom lino before having a ruddy good mop, but I do that far less often that I should so shhh.

Please. Tell me of your vacuums. What’s your dream vacuum? What are your vacuuming habits? Any life changing tips??

Henry Hoover Turbo all the other vacuums we’ve had have been shite particularly any by Vax.

Tbf, I’ve never heard a good thing about a vax. My mate had one and hated it.

Now, Henry’s are durable and will last a lifetime if you care for them properly, but I don’t think their suction is anything to write home about. Plus theyre bulky. But granted I’ve never used a turbo so maybe he sucks better than previous models I’ve used.

The upright vacuum that I have is a Dirt Devil and it’s over 20-years old now. Not in the best shape but still does a good job! The Dirt Devil cordless, though, never very good and I finally tossed it last month and bought a Black & Decker that is doing great so far.
I use the cordless every day in my bedroom (less so than when I had cats) and the upright once a week. It’s a bit difficult to vacuum in this space, as my housemate and I are both sorting through a bunch of stuff, so boxes are everywhere and, also, she just doesn’t clean. This place is super dusty, too, which is one reason I try to do something every day. I’m very bad at dusting.

Lots of anti-Vaxers in this thread already.

Used to use a Henry and it was good but we’ve now got cordless Dyson V8 and V10 absolutes and have to say they’re very good, can’t see us going back to corded.

I have` a Dyson v6 motorhead

I’ve got a Henry. Does the job perfectly fine, but it’s a bit awkward doing the stairs due to its size. Tend to think that something tradespeople tend to use is likely to be pretty robust, really.

Omg! Never heard of these but what a great name! Glad it does a great job still. It’s amazing how durable they can be if they’re treated right and aren’t forced to eat up stuff that they shouldn’t, like moisture.

Tbf to your cordless hoovers, I think they’ve come on in leaps and bounds since they first became mainstream… what, like, 7 years ago? At first the battery life and suction wasn’t amazing but they are bloody good now. Glad your Black & Decker is working well for you! That’s the brand of my little handheld one, and it does do the trick when you need to do a quick once over of a small area, so they seem like a reputable brand.

Yeah my place is super dusty as well for some reason, I don’t think I shed an extortionate amount of skin but the dust bunnies in the corner of my ceiling say otherwise. But now I can use an extending nozzle to suck them up! A delight!!

We got a shark about 15 months ago and it’s been one of the great life improvements of our time cohabiting (7.4 years)

@Octobadger and @escutcheon disagreeing about dyson’s could get very tasty. Excited to see how this ends.

Any opinions on those robot vacuum cleaners? I’m superficially attracted to the idea of them because, well, I’m lazy. But I presume they can’t manage stairs (the most annoying bit to do in any event) and I suspect the cat would attempt to kill it.

Yeah, thats is with a Henry. They’ll outlive us all but they’re very big and just not home friendly imo. Amazing for industrial cleaning but otherwise not fit for purpose imo.

Did always enjoy using them at various jobs when I had to do end of shift cleaning and would chirp “come along, Henry!” As I pulled them along.

We have a reconditioned Dyson we got from their ebay outlet shop about 8 years ago and I think it may be about to die so will be in the market for something new soon.

Big into my hoovering now. Never ever used to do it.

I have a vacuum, dont know what make or model it is and its pretty average.

Can’t wait for @colon_closed_bracket to come in and make a Suck Cut reference.

I suspect the cat would attempt to kill it. 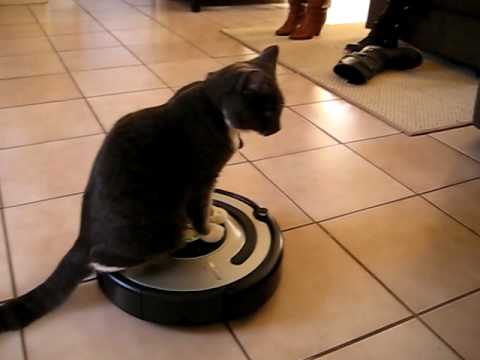 We’ve got a Vax pet max or something like that. Never had any bother with it and it’s 3 and a bit years old now and has been dealing with dog hair for 2 and half of those.

Probably about due to destroy itself any time soon now I’ve said that.

Reckon we’ll get a Shark next time* - heard a lot of good things about them.

*if it was up to me, we’d have a robot but the wife won’t allow it.