Did you buy it from the crowdfunding campaign, or as a purchase from Bandcamp? I might need to send a chaser too.

I pledged on day 1. Shoot Falco a message on Twitter or Facebook (FOTL accounts) and he’ll ask you to email him so that he can forward it on to his Bandcamp rep. Think he’s had quite a few issues with them but they did sort me out fairly quickly. great pair, how much was Dawson?

16 quid and postage, so was pretty happy with that. from our old friends

They’re back baby! Or did you mean you and I Ooh. Tempting. Online or in the shop?

Purchased from the shop yesterday.
Its the same price online but currently showing out of stock.

Fyi, they also had Free All Angels and Meltdown for the same price. ooh, how much was Silent Alarm? in store or online?

We had it on in the car last night and decided it was one of the albums we both love, so should have it on vinyl. so here’s one of the inserts with it Having previously found them fairly irritating I got quite into the new album and bought the CD after a gig. Sound Advice have the first two albums on vinyl for a pretty reasonable £15 each so decided to pick up the second. I’ll probably grab the debut eventually as well.

Just got this in the post, great midwest emo album (and ep) from the Empire!, Empire!.. singer and count your lucky stars honcho. All the DiS Vinyl crew in a few years: 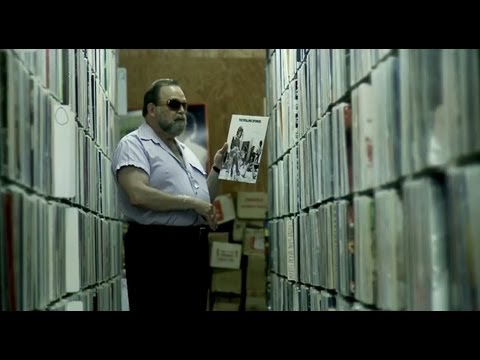