Really toying with the idea of letting a lot of my vinyl go. Roughly a year ago I subscribed to Spotify, it’s an evil I know but one that works and allows access to a deep library. Netflix but music if you like, not faultless but hey what is?

I have my eye on a Denon CD Hi-Fi that with some research I am pretty keen on buying soon. I seldom listen to my vinyl now. I kind of love it and there are a handful of records that I would never sell but I’m talking like 20 records. It kind of makes sense to let a lot of records go. If I do, I may regret that but as far as the way I consume music now makes sense.

I listen walking to work to podcasts, back from work music (Spotify) via Bose headphones. No complaints here. At home I mostly listen via 2 Bose Revolve in stereo mode and again, no complaints. My current CD player, Sony all in one, is functional but not good enough. I can run my turntable through this and, as mentioned, I seldom put on a vinyl record now.

The CD format I have largely never gotten on with and if a CD looks bad, no matter how great the album is I will not buy it. I have warmed to CD’s more and more recently however, cheap to buy and the sound quality certainly is there.

Summary, thinking of letting a lot of records go and that will fund the Hi Fi I’m keen on. I may regret this and as a pointer, before I do… How do you, honestly consume music mostly and what works for you? 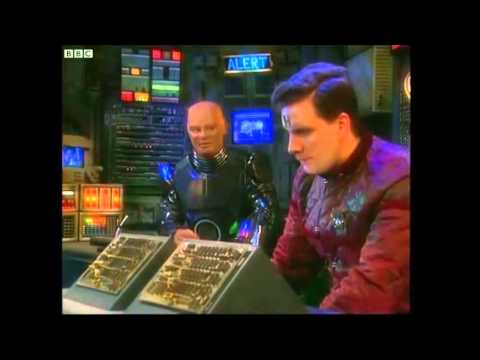 These days I never play CDs. We did in the car until the entertainment system (or whatever you call those things now) stopped working.

So it’s either one of our limited collection of records, further reduced by the only wanting to play 33 1/3s or streaming from Spotify into the stereo.

We were looking to upgrade the stereo but it’s just a nightmare to find something that seems worthwhile. Am therefore quite interested to know which model this is:

My experience of Australia so far is Denon is an expensive import but I’ll look at anything.

I’m lucky to be able to afford to buy the music I want and (just about) to have the space to keep it (although this is definitely an issue). In recent years I’ve also been selling older stuff that I’ve moved on from, creating more space and making a fair bit of cash. Given the choice to own music I can’t imagine choosing instead to rent it and have access to it at the behest of a corporation. I also feel a moral imperative to support the artists that make the music as much as I reasonably can.

Spotify and vinyl very much work hand in hand for me.

I will use Spotify to check out new things then the things that I end up really loving I will buy on vinyl.

I quite enjoy the faff element of putting a record on in the evening, it’s a bit of a ritual and it’s totally screen free which I like.

We have Spotify on when cooking etc. We have Chromecast things so it plays in the kitchen and on the lounge hifi (and another speaker upstairs)

That being said I use Spotify a lot more than my vinyl. Still enjoy the experience though

I’ve never looked very well after a lot of my CD’s, especially when they’ve been in the car (where most of the CD listening happens),so many of them are quite scratched now.

In the home, I’ll tend to look at my CD’s for inspiration and then just bring up the music I want to listen to on mp3 (if I’ve got round to making a copy) or just looking them up on youtube or spotify.

These days I actually just tend to buy mp3s. I think digital is the format that makes most logical sense to me now. It would be quite nice if you got a small token of some kind that you could put into a display of other similar ones for each album so that you could scan over them visually like a CD/record/tape collection. Even better if you could link these up somehow to the digital music to play it. That would be the ideal set-up for me.

Spotify to check new music, then Bandcamp / iTunes / Illegal download if I like something and then vinyl if I really love something.

CDs are largely dead to me.

Predominantly still an iTunes Library guy I would say.

Been paying for streaming since 2009 but am seriously thinking about ditching it before my monthly payment is due in about a week.

Basically because I think that €15 a month would be better spent paying for a couple of digital albums direct from the artist.

I will miss the convenience of course but I find I can pretty much listen before I buy to everything that interests me via Bandcamp or other sources.

I’ll probably end up crawling back but think I’m going to give it a go.

Not in a position to be chucking money at buying records. So it’s 100% streaming for me. I may buy a couple of records each year, but it’s not a priority. Had amassed a collection of about 3k CDs over the past 15yrs, with no cd player to play them recently, so have started streamlining it into a collection of my favourite artists. Turntable isn’t even hooked up to the amp atm.

Could say I’m pretty meh about the physical format, but hope that changes when I get into a better place financially/life priorities

Haven’t purchased any physical music for about a decade now.

Spotify or radio when I’m working or out walking, vinyl evenings and weekends. Like has been said above, they go hand in hand for me, checking out new things on Spotify and buying favourites on vinyl, or listening to Spotify for albums that I couldn’t afford to own on vinyl.

I definitely need to make more of a concerted effort to buy new music on vinyl and support artists though, as about 75% of the records I buy at the minute are used.

as about 75% of the records I buy at the minute are used.

At least somebody, sometime, bought that record new and the artist who made it got paid.

This is some harsh reality

It’s been 100% Spotify and old mp3s since 2015. I don’t think I’ve bought a single physical release since then. The main reason being I became a parent then and any music money since then has been spent on the kids. I also started in a new job that allowed us to listen to music in work then and now 95% of my listening time is in work.

I think I was losing a bit of enthusiasm for music around 2012-2014 or had less time for it. In 2014 I scrobbled
2400ish tracks, since I started Spotify my numbers are up hugely. By the end of February I should surpass 2014s total Bought loads of CDs up until around 2011, when I left employment to retrain and switched to Spotify full time. Never bothered with vinyl in the 00s cos it felt over priced and there was too much I wanted to hear.

I then got a record player a few years ago as a birthday gift, so I started buying records. Probably got 50-60 now - a lot bought in the last year. I tend to only buy stuff I like - so Spotify is still my main source of music to work that out.

So I don’t actually listen to the records all that much - I try and have one afternoon a week where I play them instead of Spotify, and we have regular board game evenings and they get played then as well. By that metric they’re a poor use of money. But I recognise they’re one of the few tangible ways to support artists I like, so.

The odd cd second hand for the car

I’ve got around 1500 CDs, which I always said I’d keep. However, we’re buying a house, and space will be limited, so I’m thinking of getting rid of most and just keeping the really good stuff (limited editions, special editions, box sets, etc.).

Aware I wouldn’t make much if any money from selling, but it’d certainly help if I could get a bit. What’s the best option? I guess the stuff that’s worth anything is the stuff I want to keep…

Discogs is probably not a good option - will take a long time to list 1500 cds, most will be worth very little and even if you do sell it won’t be quick and if you are moving the point is to get rid quickly. Worth a quick browse though in case you do have something worth a lot. Box sets should sell.

So eBay job lot or music magpie I guess?

Or ditch the jewel cases and put the cds & covers in a holder? Won’t take up much space.

Buy any music I would listen to while driving (i.e. anything non-ambient) on CD and listen to it in the car that way, then rip for use while working / bluetoothing to hire cars. Buy jazz and world on vinyl since we sit down as a family for meals and always listen to those genres of music while we do it. Buy ambient / electronica as mp3s as who can be arsed to turn over a four side Stars Of The Lid LP. Sort of defeats the point of relaxing. Also too quiet to listen to in the car, so don’t need it on CD.

Maybe see if record shops would buy as a job lot? Depends where you are but in London M&V Exchange or Flashback would be worth a shot.