I have many, but I’ve been looking for the original pressing of We’re Only In It For The Money (Frank Zappa / Mothers of Invention) for ages. Decided to keep my vinyl and do away with most of my CD’s. Searching for this now I can see it has been reissued on picture disc recently but it’s not the original mix, it is the original Mono but had been remastered and changed. Damn.

The search continues. Do you have any Vinyl Holy Grail’s? 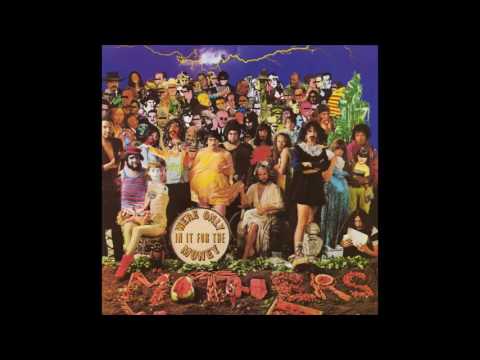 That’s a weird decision isn’t it.

There’s the odd soundtrack that I’d like that only had a really limited release in the 60s/70s so are insanely expensive now and also a few that were limited cd only releases I’d love a vinyl release of. I’m really happy to just to pick up reissues though tbh.

All crazy prices for originals - but you never know.

Other than that I’m trying to hunt down a full set of classical LPs pressed in a small quantity in Italy with sleeves by a designer whose work I love. They’re not particularly expensive to buy but very hard to find and as far as I can tell have never been properly catalogued, so the ‘grail value’ comes from the hunt.

For me, it’s about hunting down some (all?) of my absolute favourite all time 10/10 records on vinyl. For some of these I have no idea why finding them on vinyl is such a chore when a lot of other (less obvious) records by the same bands can be easy to buy and have been repressed e.g.

Just repress the damn things and enjoy swimming around in money like Scrooge McDuck!

Some other things I’ve resigned myself to never having on vinyl e.g. ‘My Elixir, My Poison’ by Meanwhile, Back In Communist Russia’. One of the greatest records ever released but it came out in the CD era and I don’t think ever had a vinyl pressing and I doubt (sadly) there are enough fans to justify a pressing.

According to my wantlist on discogs the most expensive one is the vinyl edition of The Disintegration Loops. Got a few that are cheap I just haven’t got round to buying them.

I have a few 90s albums I bought on cd at the time and are albums I really like and would like to be part of my collection but I’m not going to pay €100 or whatever for. Standard reissue please. I’ll even pay a bit over the odds tbh.

Yeah exactly! I can’t believe that they wouldn’t make a fat wad of cash and I’d be happy for a standard version or a deluxe or whatever.

Really want this and have done for a while…

Game, Dames and Guitar Thangs (1977) is the debut album by Parliament-Funkadelic lead guitarist Eddie Hazel. It was Hazel's only album until his death in 1992, when it was followed by several posthumous releases. Three songs on the album are covers,...

I passed up We Are The Romans by Botch too many times lke a chump and wish i’d got that at the time. Should get another repress hopefully.

Spazz/Charles Bronson split i’ve been after for a while. Killer power violence split

But yeah, as @Scagden says i just try to get stuff i absolutely love or find interesting. Sometimes the completist in me takes over when i’m close to owning everything (not variants, just releases) though which can get dangerous.

Kick myself for not getting it when it was readily available but in my defence it was pretty expensive for a single LP plus shipping US to UK. Instead I bought 2x Ceremony LPs which combined plus shipping from America were half the price of Mr Ocean.

Goes for about £400+ now. Just want to listen to it. Wish I’d gotten my hands on a Boys Don’t Cry magazine as well.

Even as a tiny fraction of the original sales it just seems a no brainer to reissue that stuff. Vinyl reissue of 90s & 00s cds are now what the cd issues of 60s/70s were in the 80s & 90s.

Ha! Never seen that before! Damn! Didn’t have it on Norman I kind of assumed it didn’t exist, don’t know why it never crossed my radar.

You can’t pull the same trick for Jane Doe or Ocean Songs can you???

Not hugely fussed about originals/reissue. But would love a physical copy of Supreme Clientele that doesn’t cost (checks discogs) £173.92. In fact there would be a lot of coin in Ghostface’s back catalogue generally, not sure why he doesn’t reissue.

I got the cd which I have happily played to death. No collectors value at this point but like you say I bought it to listen to it. Idk, not too fussy about vinyl on new releases most of the time

Would love to get some of Hidden Orchestra’s albums on LP for my GF. She loves them but they only released vinyl in limited numbers. Will aim to get some for her for Christmas this year.

For myself I want to collect all the Fucked Up singles from around the time David Comes To Life came out, which is doable.

The worst is trying to get the first Deerhunter album on vinyl. Check this out.

Before all the shit I really wanted Mechanical Animals on vinyl

Now I think a great find would be JJ72. No joke

For some reason it took me about ten years to find a copy of Throwing Muses’ Chains Changed EP, but now I’ve got it.

Sold this about 3 years ago - just to a big hiphop fan I knew so for not much. Not convinced anyone really pays these prices tbh. I guess people are happy to just let a record sit on their shelves indefinitely on the off chance someone pays a lot for it.

Edit - I know people post records occasionally on here and link Discogs but some sort of dis records swap/wants thread would be good.

Really would like before the calm by Witness on vinyl but that has only ever been released on CD.

Just Backwards of Square by Lowgold has just been put onto Spotify and the band are active again on social media so I am bugging them on Instagram for a repressing of that album too.

Edit: that was not meant as a direct reply to your post @Scagden

I love that this guy has undercut the price by €0.01