This for the Scala sounds horrendous. 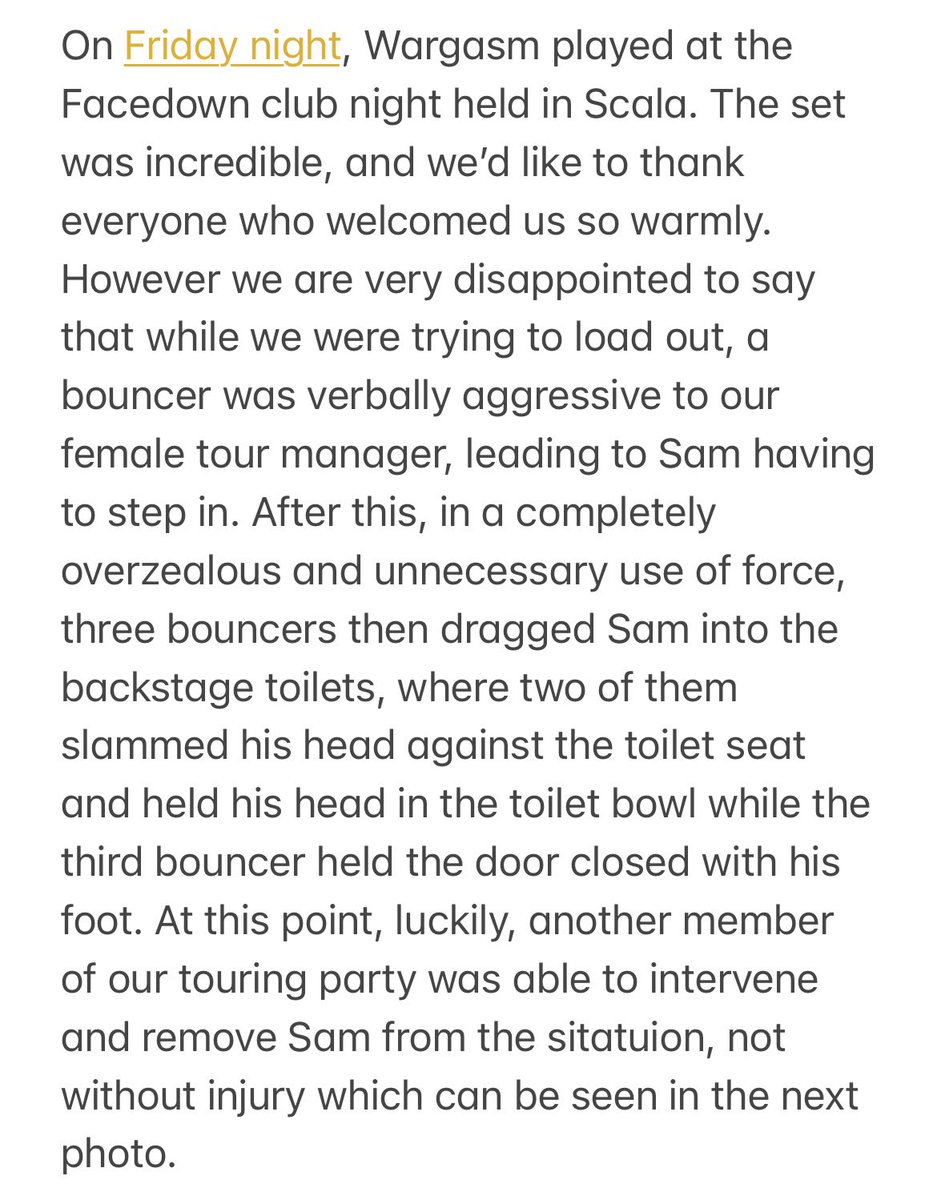 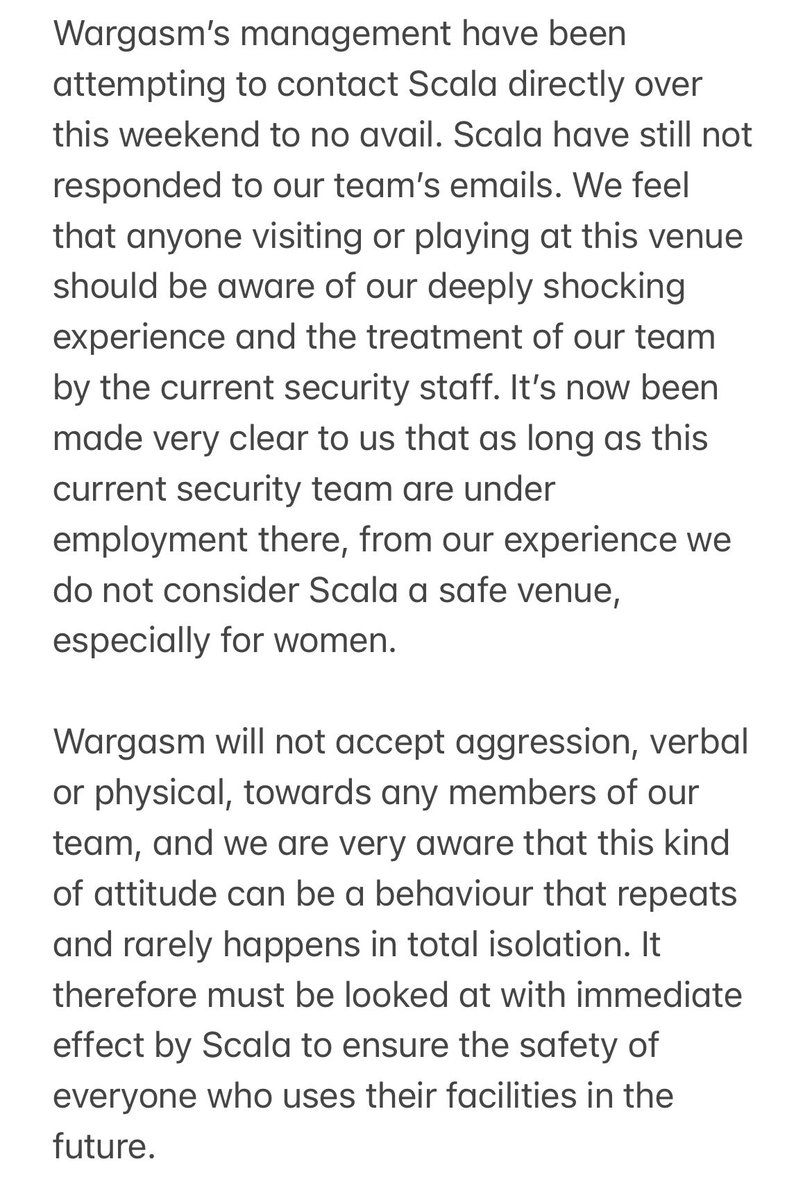 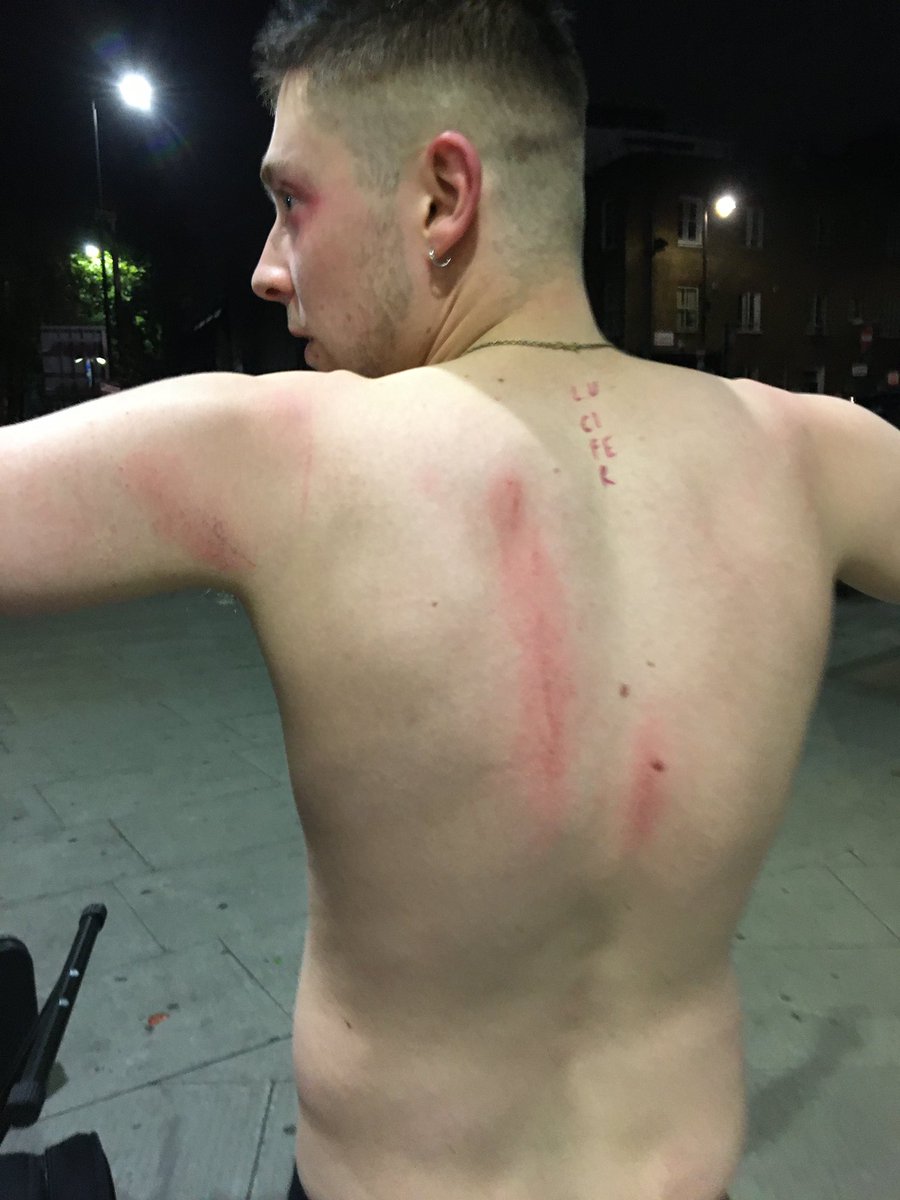 Hi @Zahid_Fayyaz I’ve updated the title to be clearer about what this is.

And Christ is it fucked up!

Can see from the Twitter comments the club promoters have also kicked off. Hopefully they’re looking at getting a new venue but of course that would be tough to achieve.

Finding the Twitter comments a bit odd. ‘they should be sacked’, ‘put in an official complaint’… It’s assault! They should be in jail! Fucking report it to the police immediately or it’ll happen again!

sick of aggro shitheads being in positions of authority

Interesting that (apparently) a Met police high-up was showing as the first reply to that original post asking them to send him the details.

I’m not responsible for any of these, but… what’s weird about suggesting that three lads (I assume) who beat someone up in a toilet cubicle, on the job no less, should face consequences for it?

They’re not saying they shouldn’t face consequences, they’re saying the minimum reaction should be to say to call the police out on them, rather than talking about complaints to the Scala or them losing their jobs.

Something you see so much in London is bouncers who probably wish they were working the door somewhere rough, but are working at relatively safe venues where they get bored and decide to provoke and take it out on people who are doing absolutely nothing wrong. Saw it all the time when I was living down there, it’s fucking infuriating.

This is obviously appalling, but what are they, school bullies? Flushing someone’s head down the toilet, really? It’s bizarre.

The security at Scala has been unnecessarily over the top and heavy handed pretty much every time I’ve been there. I remember the worst occasion being subject to a particularly invasive body pat down that essentially amounted to a full genital grope and made me feel deeply uncomfortable for the rest of the gig - think I left early.

Yeah - I had a full pat down before a Nina Persson gig there, which was populated predominantly but non-confrontational men over 40. The door staff insisted that they had to do it regardless of the gig or clientele.

Not sure what it is about The Scala. They’ve had the worst security people at the door since I can remember.

Seems like 2 or 3 of the bouncers from that incident have been sacked, but I’m not sure it will be enough. Scala’s responses on Twitter have been quite abysmal - defensive and passive aggressive. Trying to pass this off as a new thing when there’s stuff online going back years.

I’ve had some weird moments with the bouncers there. For a Blanck Mass gig a while back, one of them asked if I was high. It took me by surprise so it was a couple of seconds before I said “no” (I was stone cold sober) and I can’t remember what he said but it basically amounted to “I don’t believe you” and then I got a fairly over the top pat down where they found nothing. It was quite uncomfortable because he was laughing with the other bouncers about it, while also being threatening towards me. By the sounds of it, women have had much worse. I would definitely never, ever go to a club night there - I’m sure they’ll start something up each time.

Sorry you had that experience, sounds really awful x

These guys have obviously been on a massive power trip. Enjoying humiliating people and goading each other on. Exactly the sort of people who shouldn’t have any authority over anyone.

This is horrendous, really hoped that we had seen the end of this sort of shit that was really prevalent 15-20 years ago. I’m sure there are loads of decent bouncers, but I’ve had a fair few bad experiences myself. One Christmas I was at a club where there were a group of bouncers having their Christmas party. One in particular was absolutely wasted and was just going round knocking drinks out of people’s hands deliberately and then squaring up to them. The others were following him around, kind of half apologising for his behavior, but also saying don’t even think of making a fuss or we’ll all clobber you.

My cousin was assaulted by a bouncer in Cardiff not too long ago. The police officer we talked to afterwards threatened to arrest him for assault if he made a complaint. Maybe we should have tweeted bout it instead.

The impression I get is that bouncers tend to operate with complete impunity because 99% of the time their victims are drunl.and won’t be believed.

It seems like a lot of door staff had to be replaced and the newer ones are even worse than before. There was an incident at a west end theatre when a bouncer kicked out a gay couple kissing ( which he was thankfully sacked over)