Anyone here done any?

I’ve started getting used to it, don’t really use my home recording stuff for music anymore, so thought it’d be something good to get into.

Done a few jobs already, tend to find myself subconsciously adopting a Matt Berry tone which I have to stop myself from doing. Made myself a showreel by copying existing ones rather than spending mucho dollarydoos on a course to make one.

Someone I know who does it uses https://voice123.com/ and makes a shitload of money from corporate training vids and stuff like that, but it’s about $400 per year sign up. I’m gonna sign up when I haven’t got much else going on whenever that might be, so I can make the most of the membership.

Anyone got any advice or experience with this sort of thing? Yes I can hear you Clem Fandango.

For small sorta amateur jobs or web videos i’ve hired people from fiverr. If you want big corporate or TV bucks you’ve gotta be signed up with an agency really.

How have you got into the jobs you have got already?

always think I’ve got a really good speaking voice then I hear it recorded and it’s just this dull monotonous drone with a very slight geordie accent. horrible.

so no. probably not. 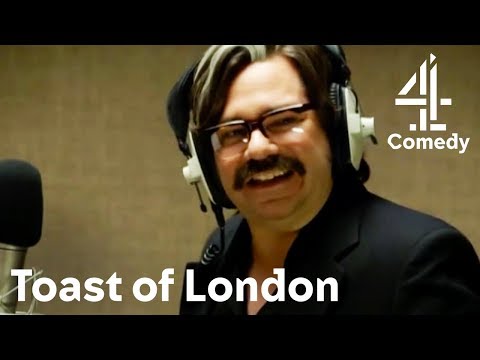 I was asked to do it for work once, it was going to be a video on a new website. I was never completely sure if it was a genuine request or a joke on me. The girl that asked left though and it never happened. Shame, I was hoping it could be my gateway to making big bucks for very little effort

we should do a voiceover challenge

Very well, where do I begin? My father was a relentlessly self-improving boulangerie owner from Belgium with low grade narcolepsy and a penchant for buggery. My mother was a fifteen year old French prostitute named Chloe with webbed feet. My father would womanize, he would drink, he would make outrageous claims like he invented the question mark. Some times he would accuse chestnuts of being lazy, the sort of general malaise that only the genius possess and the insane lament. My childhood was typical, summers in Rangoon, luge lessons. In the spring we’d make meat helmets. When I was insolent I was placed in a burlap bag and beaten with reeds, pretty standard really. At the age of 12 I received my first scribe. At the age of fourteen, a Zoroastrian named Vilma ritualistically shaved my testicles. There really is nothing like a shorn scrotum, it’s breathtaking, I suggest you try it.

I was thinking more

“big big savings on BBQs and lawnmowers this weekend at B&Q!”

Do you have a lovely sonorous voice?

I didn’t know where the original was from until Googling it after recording.

Just a little update on this. I’ve looked into it more and have decided to spend the money and sign up to voice123 in a few months (after my stuff arrives overseas). Voices.com seems to be the other big one, but I’ve read some bad things about that site, so will stick to 123. From the look of the rates, one or two voiceover jobs would cover the annual fee, and British accents are generally in higher demand. You don’t even have to have a particularly ‘good’ voice, for a lot of the stuff they just want someone who sounds ‘average’.

I’ve got a Logic template that I’ve created after watching a few YouTube vids on how to create a voiceover preset which I’m happy to share with anyone who’s interested, though I’m sure many of you will be fine putting one together yourselves.

Only reason I’m posting in this thread again is that there are a lot of people here who probably have quite pro-setups who may not have considered doing this, yet it’s pretty easy to do.

You haven’t ever seen Austin Powers? This is frankly SCANDALOUS.

I’ve seen it, but am not one of those people who remembers quotes and things like that.

One of my ex-workmates was obsessed with just throwing film / TV quotes into general conversation, would generally be a massive conversation killer where the only response is “that’s nice”.

Well this has been a rollercoaster

Why would you think that?