anyone else seen this yet? mini-series based on the waco seige in 1993

yeah i’m gonna check this out. heard some mixed things about it but michael shannon is great and i’m interested in the story anyway.

That really could be worth watching if so.

nah he’s the FBI negotiator who deals with koresh

that said the guy who plays koresh, taylor kitsch, is pretty good

Have you all heard this excellent concept album?

David Koresh Superstar, an album by The Indelicates on Spotify

Yeah Shannon’s probs a bit too old to play Koresh but that’d be fucking awesome.

Still worth a watch I’d say. Waco’s fascinating and devastating : (

Bit rubs but also not too bad. Will probably watch to the end. In Into Waco and stuff like that

Hot Day In Waco, a song by Dogbowl on Spotify

watched this, enjoyed it on the whole. reckon i’m gonna go down the rabbit hole on waco stuff now

How much Boards of Canada will feature I wonder?

I’m always interested in this kind of thing. Pretty sure with a few different choices I could easily have ended up joining a cult as a younger chap.

Read an article about Jonestown recently.

just from you reading an article?

Yeah Jonestown is the properly terrifying one. The pictures of the aftermath cannot be unseen. 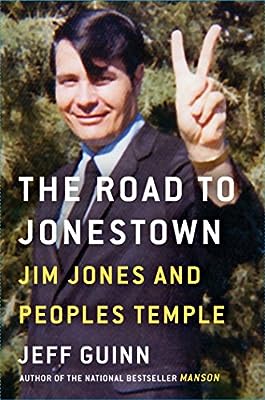 The Road to Jonestown: Jim Jones and Peoples Temple

great doc about jonestown on youtube, has interviews with survivors, his kid, the works. really scary. he started out with such good intentions, too.

not to mention direct footage of the attack at the helicopter

he started out with such good intentions, too.

don’t get me wrong, i’m not trying to make him out to be a tragic figure, he’s an absolute horror show. i just think maybe for 5 minutes at the start of the sixties he did have genuine dreams of a better world to come.

altho probably he was just faking this, tbh.