Ah, the OS have done a guide to the list: 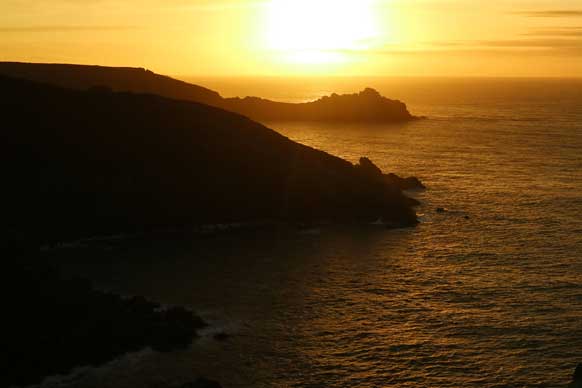 Here's the complete list of Britain's and Northern Ireland's 100 favourite walks, as voted for by the public for ITV's 'Britain's Favourite Walks'. Most include a link to the detailed route so you can follow it yourself!

You don’t really get an experience like that in Norfolk, unless you get stuck on a sand spit and have to wade through thigh-deep water to get off. (Which happened to me soon after we moved here)

You can’t beat a bit of atmospheric BM in your ears while walking through a grey, misty wood! Which reminds me I must check out your Dawnwalker album, sounds like it would go nicely with a winter stroll!

Ha, no! more like a long, thin strip of sand that is accessible by foot in low tide but becomes an island in high tide.

Oh I really want to watch that!

Once got a bit lost in fog over Bowfell in the Lake District but managed to find my way down to the bottom of Mickleden valley. I put Two Hunters by Wolves in the Throne Room on my iPod while striding back to the pub and it was absolutely fucking amazing.

Bit off topic but I walk a lot, and then my tours are constant walking too. My hips are totally screwed and I feel like I should have proper shoes to walk about the city in but feel a right dork in hiking boots. Is there an in between? A city walking shoe that won’t fuck my hips/knees

It’s what I always use when I go on holiday and spend all day on my feet.

I’ve always found Newcastle city centre quite difficult to wonder around. Not tried that many times since childhood but when I have I can never find the bits that aren’t chain-shops on high st kinda vibe, central station or big-roads-oh-this-must-be-the-edge-of-town places.

Obviously there are loads of different makers of those kind of boots/shoes, not just Merrell.

People like Karrimor and Salomon do comfy, sturdy canvas shoes too. You can usually find them in places like Millets or Blacks in a sale.

Really? It’s very compact and unless you’re heading to the Ouseburn area, you probably won’t have to cross any major roads.

When I was on holiday in Bulgaria and had been very ill vomiting and shitting in my hotel toilet for a number of days, I finally managed the courage and strength to venture out for a walk through the pretty woods to the back of the hotel. As soon as I made it to the start of the woods and rounded a corner, I was met by an old lady doing a shit directly onto the walking path. A memory of a wonderful break

I feel a bit bad for people who live in cities that don’t have AMAZING walks within half an hour of the centre.

I have a few questions. Which is your favourite and where’s the bottom picture taken?

Yeah, I used to like just hopping on a train, or a bus, or my bike and being out in the wilds so easily.

Tbf, it’s pretty easy to do the same in London as well, if you hop on a train or tube.

Can you re-post that pic where you look like a 70 year old version of yourself (up a really cold mountain or something)?

I’ve climbed Bow Fell twice in the last couple of years and both times it was a total white out on the summit because of low cloud, one of these days I’ll see the view from there!