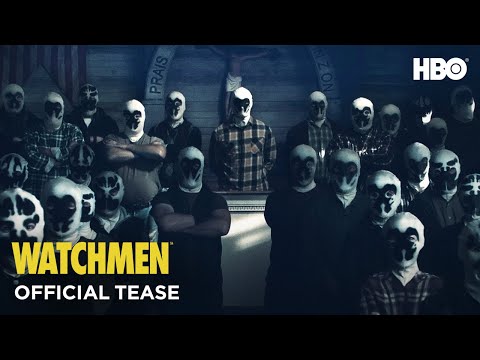 Can’t be worse than the film I guess.

I hope there’s a really uncomfortable and very long sex scene set to Leonard Cohen for some reason.

I like the film and think it does a decent job of adapting relatively difficult source material.

The sex scene is meant to be funny and I will die on this hill.

I am almost certainly going to love this. The Leftovers has set a very high bar for Lindelof. Also Regina King is a force of nature.

Tbh I can see the reasons some people are opposed to this, but also - Damon Lidelof gets a free pass for The Leftovers as far as I’m concerned.

The film is my favourite graphic novel adaptation. Very excited.

Can imagine Alan Moore is too.

Not read the comic, hated the film.

Liked the comic, liked the film. Hope to like this

I completely agree with you

fuck I am so up for this

Looks like it’s not a straight adaptation of the comics, a good thing i think

Yeah Lindelof wrote this last year about it

I’m not sure…I think the stick Snyder get is completely justified to be honest. Sure 300, wasn’t great but I was really excited to see Watchmen and went on the day it was released and did not like. Not because of the changes as I wasn’t a massive Alan Moore nerd at the time or anything, just thought it was shit. Based on interviews about other projects Snyder has done it’s hard to imagine that he has a sense of humour at all. It could all be a ‘bit’ on his part I guess but he does just come across as a bit of a hack.

Me too. In fact I’ve had this feeling for 10 years.

My favourite thing about the film was Jackie Earle Haley as Rorschach.
Looking forward to this because it’s HBO but not sure they’ll be able to top that casting. Would love it if they did though of course.