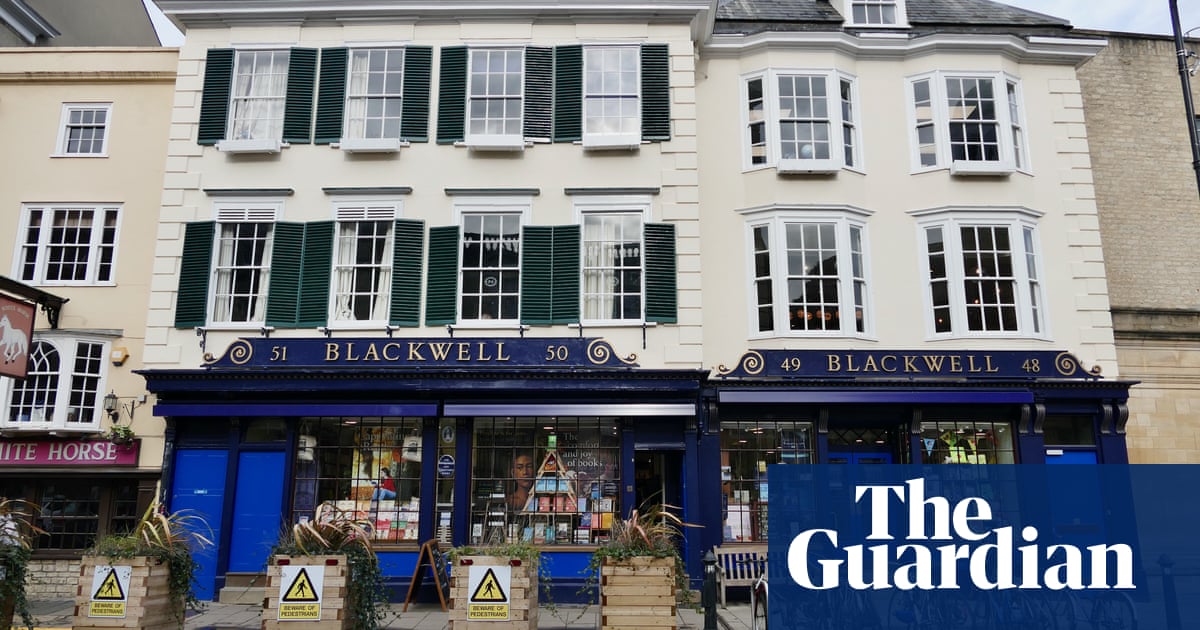 Waterstones are a funny one aren’t they, there are conflicting reports on how decent they are to work for. I go there all the time because the other viable bookshop in Liverpool that sells new paperbacks is ran by TERFs lol.

Does anyone have any thoughts

I love Blackwell’s. Always a nice treat when I visit Oxford. Now it’ll be boring and shit, I assume.

How is this allowed under competition laws? Waterstones now own what used to be Dillons, Foyles, and the Blackwells buyout wraps up the old Heffers, too.

Thought it said Bakewells at first

Blackwell’s give you very cute free bookmarks, I hope these remain.

What’ll they be selling?

seems like a shame from what I know. Have tried to go more for full independent/mini chain bookshops lately, but Blackwells always seemed like a good option as a backup given their range and I think free (or really good value) postage rates - while still not being a megacorp

the other viable bookshop in Liverpool that sells new paperbacks is ran by TERFs lol.

Is this the one on bold street? Annoyed I gave them money if so seemed like a nice place

That’s a shame. I use Blackwells a lot as an alternative to Waterstones because I don’t like the idea of buying books from a hedge fund.

But I’d started using Hive more recently because the Blackwells delivery is often pretty slow, even if I do like the free bookmarks

Waterstones are a funny one aren’t they, there are conflicting reports on how decent they are to work for.

I temped there one Christmas, I was told by the long term staff they had been rubbish to work for when HMV owned them as it was very sales driven and they basically ran it into the ground, but that it was much nicer under the current owner who is basically some rich guy who runs it as a hobby, much less pressure and more freedom etc.

However, that was in 2016 and I don’t know if much has changed since - the 2020 debacle where he tried to stop them from closing for Covid by insisting they were an ‘essential business’ was obviously pretty shit.

There was a Blackwells local to me for a while as it replaced the old independent university bookshop, specialised in university textbooks and stuff had some decent general sale stuff as well. Didn’t get to it much because it was basically only open 9-5 Monday to Friday. Most stuff was just RRP and the second hand stuff they sold was much more expensive than any second hand bookshop, but I’d buy the occasional cheap thing there. They seem to have closed last year at some point.

However, I really like the website, as they seem to compete with Amazon on price, but with free delivery and the advantage of not being owned by Jeff Bezos. Used it a few times during lockdown when all the irl shops were closed. I hear Hive does basically the same thing though.

And the likes of Tesco too, I suppose.

the current owner who is basically some rich guy who runs it as a hobby,

The CEO of Waterstones is James Daunt, the guy who founded Daunt Books. He is really into books.

Waterstones is owned since 2018 by Elliott Management, a US-based activist hedge fund that has a reputation for very aggressive tactics to make companies and their other shareholders do what it wants them to do. This hedge fund often buys companies on the verge of bankruptcy (e.g. AC Milan football club), recovering them and then selling them on for a profit. Elliott Management is run by Paul Singer. His net worth is estimated to be 4.3 billion dollars. He is not known for his love of books.

Guess he’s more into his music?