We Own This City (new David Simon HBO miniseries)

seen chat about this scattered about various threads so thought we should have a dedicated one.

I finished episode 5 last night and the jury’s still out for me. Still got one ep to go but feels like it’s taken this long for something to happen and it just nowhere near needs to be this drawn out. Think I’ve seen enough stuff of Jenks and Hersl doing bad stuff to get the idea by now, lads. Seems quite limited in scope but guess they haven’t got tons of money for a miniseries.

Obviously loads of actors from the Wire turning up which is good and bad.

Idk, you watching? What you sayin’?

I was massively excited for it but haven’t had a chance to watch it yet as been really busy this week. Bit worried now that it won’t live up to my expectations.

Finished it last night. Thought it was very good, but not The Wire good. The timelines hopping about took a bit of brainpower that I didn’t really have spare at the time, so needed to read a couple of episode recaps. Definitely worth a watch.

The investigation from the department of justice doesn’t seem necessary to me. It’s purpose I guess is to comment on how bad everything is and the shortcomings of policing (though you can see all this from everything that’s happening everywhere else?) In the wire you’ve got Hamsterdam and Dennis’ boxing gym so yiu get to see alternative approaches with stories and characters and motivations and stuff that highlight things that could work. But in this it’s the department of justice lady talking to somebody and then moving on to someone else and talking to another person who also says that the policing isn’t working. So it’s just people being interviewed and explaining things.

I think it’s a bad approach.

Josh Charles character doesn’t get enough time. Same with those two drug police who turn up every now and then but don’t feel very connected to the rest of the show.

A lot of scenes of fbi interviews. But I’d rather loads of them were cut out.

There’s still loads of good stuff but it needs more time to cover things in a satisfying way.

Could probably have made a season for josh charles and the gun task force and another for the two guys chasing drugs and how that’s connected to the corruption. Or maybe a full season would work but 6 episodes isn’t enough.

Will rewatch at some point though in case I’m wrong

tbh i think this is a big fault of the show, not the viewer. it does it far too much hopping around and often without any good reason. got quite annoyed by those incident report things popping up. here’s another scene of them being bad from some point in the timeline. cool.

Remember the episode where they eat loads of crabs

I kind of ignored them at first. Well, not ignored but didn’t properly read them. And they’re actually quite a helpful device - but that isn’t immediately obvious. Plus they’ve got too much information on them. Just need a date guys.

i found the dates just confused everything, maybe i wasn’t paying enogh attention. i watched them week by week to begin with and there was no way i’m gonna remember even what year stuff was meant to be.

Once I got over it not being The Wire and being an actual True Story it got better but, it did make me want to watch The Wire. I think if you go in with this is The Wire part 2 you’ll spend way too long noticing the none important stuff. But in someways it is The Wire part 2 or at least fulfils some of the hypotheses that are laid out in that show with a real life example the more things change the more they stay the same, the reckless police brutality on Bird and the beating up of the mule with the eyepatch, the people at the top forever climbing etc. etc. There is definitely “I told you so” aspect to it

I would say the one Simons project to compare it to in style and trying to tell a true story is probably Generation Kill and it isn’t as good as that. That story suited the miniseries format I think the entire thing takes place within a 50 day period so 8 episodes and out makes sense. This needed at least 10 episodes just to let it breath a bit and to get your head round the story telling this is as a multiyear story and none linear maybe 2 or 3 more episodes would have helped it, actually 2 or 3 episodes more would definitely have helped. Still the best serious drama I’ve seen this year so far even if it isn’t the best Simons drama.

I haven’t read the thread yet as I’ve only watched 3 episodes, but I’ve really enjoyed it so far.

My only complaint is that they’ve cast so many people from The Wire that it’s actually taking me out of some of the scenes when I recognise them.

Have finished ep 6 now, which was utterly brilliant btw, dunno why they didn’t spread some more of that across the rest of the series. I didn’t think it held up to Show Me A Hero especially not as six episodes, but would’ve made a really strong two or three hour film. Just too much repetivie stuff with the cops and the DOJ lady. Too much hopping around in time for its own good. The end was really powerful, but can’t help feel like it would have been moreso if I had a stronger ideal of the chronology of how it all went down. Would’ve landed even better I think.

Can someone dm where i can watch this pls?

I picked up the book of this at the airport a week ago, reckon I’ll give the series a watch when I can acquire it. Sounds like I might benefit from knowing the rough chronology of what happens from what everyone is saying.

agree with what everyone else said really. was a bit overly repetitive and got that based on a true story thing where there are too many people who would just be consolidated into one character if you were writing it. decent though

really like wunmi musako too, felt like she was just asked to do a concerned face while someone talked about how bad the police are which was a shame. the scene at the end of her arc where they talk through how the war on drugs makes the work she’s doing basically irrelevant being followed by her quitting because trump got in confused me. do you think that simon is recognising the contradiction in that? everything in his programmes points to these structural issues that are so much deeper than democrats/republicans but there always a bit of VOTE HARDER thrown in

Think it’s level for me between generation kill and show me a hero. Both are excellent

Finished this earlier and thought it was really good.

The moving all over the place with the timeline was a bit annoying but didn’t spoil it too much for me.

Only major criticism was how on the nose and preachy the bits with the retired cop were. It felt like Simon had written his dialogue as he himself would speak so it felt really clunky.

Was gutted when Suiter killed himself at the end. I would watch an entire series of him and Dukie driving around Baltimore solving crimes together. 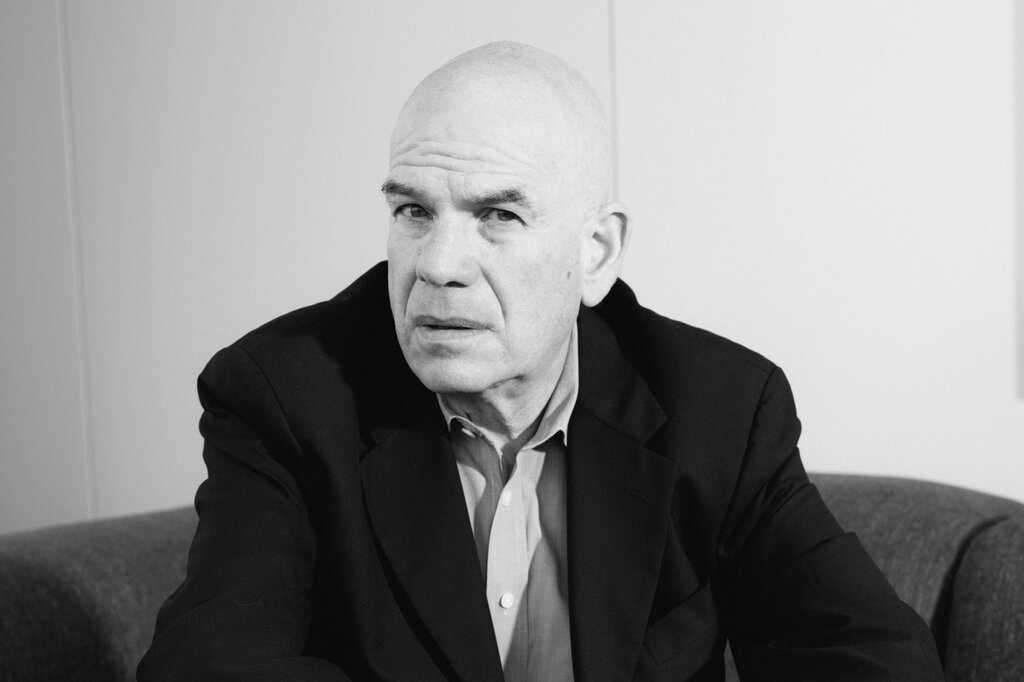 David Simon and Ed Burns discuss the legacy of their seminal crime drama, and why the systemic decay it depicted has become only more profound.