Got naff all sleep last night. Got a stressful day at work and then playing a gig tonight so i’m anxious af. Need cwoffee.

Got naff all sleep last night

Got a stressful day at work

Got an important meeting this morning, outdoors. It’s currently pissing it down. FFS.

Sorry about the sleep Eric. Rubbish when that happens.

Off today, already knocked a slow cooker beef casserole together. Going to throw some clothes on the eldest, wake up the youngest and do nursery drop off. Might drive back home and see my parents. Maybe not

Knackered, and a big job on today at work. Was supposed to have yesterday on it too but our servers were down so I lost most of it. Now stressed tf.

Then when I get home I’m doing freelance work. Hooraaaaaay.

The Brighton bin strike is now over, but the impression I’d got was that it was going to take ages to get back to normal. And then about two minutes before I was due to leave for work (I’m in the office today) Jimbo got excited because a bin lorry was coming around the crescent. But was it a recycling lorry? Or normal rubbish? Who knew? So I had a mad moment of panic rushing out the recycling boxes just in case it was for them, then running to my car to make sure I didn’t get stuck behind a bin lorry leaving for work.

I made it, but it was a bit more stress than I needed at 7.30 in the morning.

Anyway, I’ve not had any coffee yet either, so as soon as I’m off this call I need to fix that

have you tried not drinking

CBA m9s. When are all the wasps going to die? Sick of my flat being plagued by dying wasps (there’s a nest in the chimney)

Got up early to work because I just couldn’t handle a late one last night. I think it was the right thing to do but I’m knackered and I’ve got tons of meetings today.

My flat is home to increasing amounts of spiders atm too, don’t mind sharing with them too much but keep finding new littleuns dangling from the ceiling in the mornings.

my flat has always only had cellar spiders or whatever those weird skinny vibrating ones are called but this year I’ve got many different types and I’m very curious. Was there a battle between them and the cellar spiders? Are cellar spiders dying out? As soon as I notice any insect change in the flat I assume there’s been some sort of mass extinction and wonder if i should alert chris packham

Still in bed cuddling the dog. Cba getting up and the weather is forecast to piss down all day.

Reckon today is going to be a lazy day - might just stay in bed all day.

Annual appraisal this morning. Also not gonna be stormy like the forecast said

Had granola for the first time ever this morning. Absolutely horrific, back on the Coco Pops tomorrow.

Absolutely pissed down last night, didnt it? Just remembered being woken up by rain properly smashing against my window. Couldve been a missile test I suppose.

I’m also in the shit sleep club. Gonna have a shower and hope that perks me up a bit

if i should alert chris packham

You’re just looking for any excuse really aren’t you?

Terrible night’s sleep, and spent the morning in traffic which was a bit stressful. I used to have barely any sleep troubles and now my sleep is all over the place and that’s even before we bring a baby into the world. oh gaaaahd.

Therapy later and need to do some boring cleaning as my GF’s cousin is coming to stay on Friday.

It’s overcast here but still really mild. I’ve gone way too heavy on the coat for the dogs walk this morning.

Need to sort the apparently somehow tricky tricky logistics of moving a box 2 miles this morning. Not sure how it is looking like being as complex as it is shaping up to be.

Morning all. Another horrendously busy day awaits. Got this playing, which makes me want to curl up under a blanket and avoid responsiblities 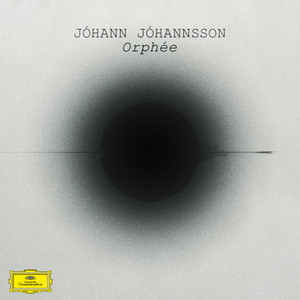 Dog has gone back to sleep on the sofa.