'Tis Wednesday isn’t it? My work patterns are all over the place, still 2 day week for me so all good, first day being, um, now.

Off to a party on Saturday for a mates 50th and Toyah will be there, so, that’ll be interesting, probably. For now, mini skive and coffee will do, oh and some Underworld. 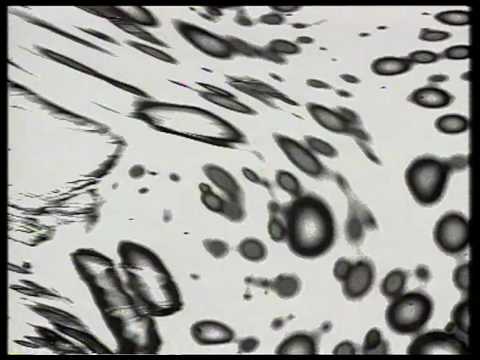 Being Toyah at a party must be exhausting.

Couldn’t sleep at all last night, was also feeling very sad and irritable so I’m hoping today I’m less so.

Got to be in the office for a meeting later told fhem I need to leave at 2.45 for childcare during summer hols so its better if I dial in so I can work until 3.55 instead and don’t have to make up the commute in the evening, but they ignored that and the meeting is on until 3 so I’ll have to leave it early and get the eye rolls after I’ve gone no doubt. Why do employers act like I made up the current schooling/childcare and standard office hours system?

It’s raining here and the back to school adverts have started so that’s my summer over. In truth, it’s lovely to wake up when it’s a bit less hot.

I slept terribly because of heat. The Child woke up in a shit mood because she went to bed late and was up in the night. We had a small meltdown over whether she was wearing her Minnie Mouse dunga dress this morning she didn’t want to, somehow .

I’ve got to take her to the dentist later. I plan on occupying the rest of my day with music and computer games. My football is probably cancelled so I might try to gym.

Trying to adjust to sleeping in a normal bed again.

Missing the countryside and outdoors already.

Off into the office. Cannot be arsed.

Went to the cinema last night so am tired

The men's marathon at the 1904 Summer Olympics in St. Louis, United States, took place on August 30 of that year, over a distance of 24.85 miles (39.99 km). Thirty-two athletes representing four nations competed, but only 14 managed to finish the race, which proved to be a bizarre affair due to poor organization and officiating. This was the third appearance of the marathon event, which is one of 12 athletics events to have been held at every Summer Olympics. Arthur L. Newton of the United Sta...

Getting my second jab in a few hours.

Meeting up with an ATD after work and we’re off for some ramen.

Off out for cocktails l8r

My football is probably cancelled

Up and watching people cycling

Was supposed to go into Bath and play mini golf, weather looks bad so will see if kids are still up for it.

Otherwise better do some sorting and tidying.

Got the flat to myself later

On the train down to that London for the first time in forever.

We still need two - I’m waiting on a final confirmation.

Tell all your friends they have let me down. Might have to move to Stockport.

Have I told you my anecdote about nightclubs in Stockport? If not, this is a strange coincidence.

I should offer that it isn’t all that funny as a story.

Don’t get your hopes up.

For the first night in ages, I basically just flumped off to sleep and then (seemingly immediately) woke up about eight hours later

Feels a bit cooler and fresher this morning.

Woke up at 6.30am, Mr s_w had warmed some croissants up so I came downstairs, ate them and then went back to bed and slept till 8am.

Just started work but it’s a quite day so going to take it easy.

It is mine & Mr s_w’s 9th(!) Wedding Anniversary so going out for dim sum and drinks at our favourite pub tonight in town!