City pump Leicester
Sunderland - Swansea the only game of interest in the 3pm kickoffs.
Got a brief business trip to Laos at half 5 tonight. Should be back in time to see Wednesday pump an out of sorts Huddersfield
Absolutely zero chance of humour in West ham - Liverpool and spurs - trad bricks tomorrow
Real - sevilla could be worth a watch.

Oh @ChorizoPasta supports Chelsea? This explains so much.

He also supports a handful of tinpot Spanish clubs I believe

Although not 100% sure applying tinpot to Spanish isn’t a bit off?

He supported Woking until 2003, but we can let all the Chelsea lads have a couple of weeks in the sun, surely?

The Costa/Terry thing is incredible.

I went to the West Brom v Chelsea match last night. I’m an Albion fan. A proliferation of bellends including Moses and Hazard for rolling around clutching their faces, Michael Oliver for bizarre decisions in the first half, the Chelsea fans in the home stands, the stewards and police handling the trouble appallingly, the woman behind us complaining when we stood up for Rondon’s chance claiming that it was an all seating stadium (she left when EVERYONE in the ground was stood up after the trouble)and Allan Nyom for being shit. Great night even though we lost. Haven’t seen a man punch another man to the floor with one hit in many years, ouch.

Jack Rodwell is the only Sunderland player without a 40% relegation wage decrease in his contract and will remain on £60,000 per week. https://t.co/5waWfmf5Q5 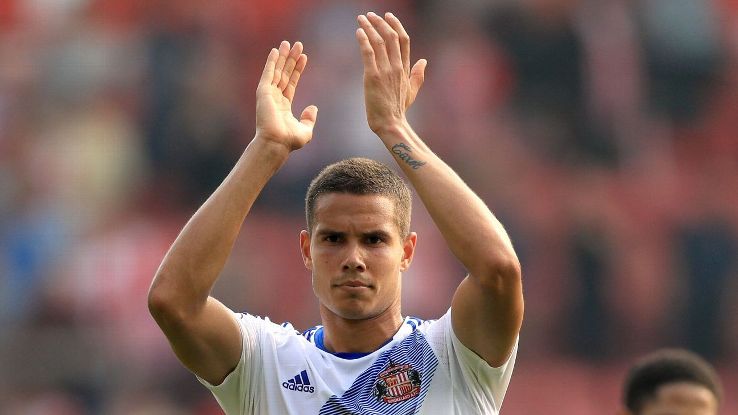 Noticed Moyes chuffing and moaning the other day about the fact Defoe has a release clause in his contract which takes effect on relegation. Admittedly that was a bit daft/hopelessly optimistic on the part of whoever in the Sunderland hierarchy agreed to it, but I don’t think you can criticise Defoe for lack of effort this season. Not his fault that most of the rest of the squad is absolute bobbins.

In other news, it’s the National League playoffs on Sunday, Tranmere v Forest Green. Hoping Tranmere going up on the slightly irrational grounds that I don’t particularly like them and would rather they were in a different League. Also, FGR are currently the closest team to where I live in terms of watching Wrexham away. Although as all the other nearish clubs have in the last few years either been promoted (Newport, Cheltenham) or gone bust (Hereford) I wouldn’t be surprised if FGR win it.

Defoe’s agent almost certainly insisted upon it when he originally signed. One of the reasons Sunderland have wound up in a massive debt hole is they’re a deeply unattractive proposition to most players/managers but are desparate to nab anyone who can stop them getting relegated so agree to silly terms, they narrowly avoid relegation but then can’t sign anyone decent because the money’s already been spent, so they’re a deeply unattractive proposition x 9.

Hell of an own goal, this

Aye, that’s fair. No point Moyes having a winge about it in that case, mind.

Absolute snotty snorty tears of laughter listening to the latest Athletico Mince sat in the pub garden waiting for a lift. People must think I’m having a breakdown.

Costa is such an odd man