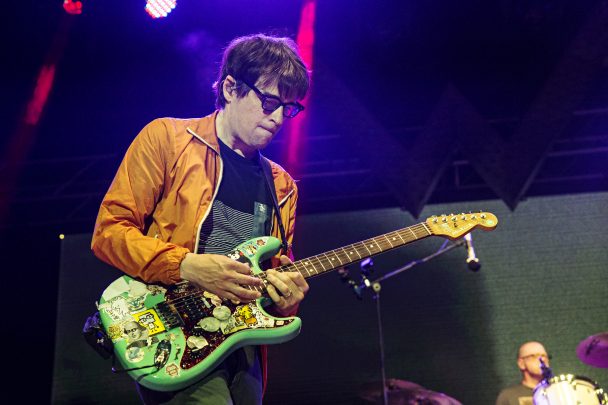 Tomorrow, Weezer will release their new single "Mexican Fender." They teased it earlier this week, and it'll follow "Feels Like Summer" as their second song of 2017. But what the band presumably didn't mean to announce, just yet, was that they've...

Still looking forward to their Wembley show, I am a glutton for Weezer related punishment.

I think Green is pretty great. Maladroit is good too, doesn’t deserve to get lumped in with what came next.

Eh, I can listen to and enjoy a fair bit of their post- Make Believe output to varying degrees. Just not Hurley or Raditude. Awful, awful albums.

guys, every time there is a new Weezer album, can you just look at the last thread cause they always go the exact same way

I prefer Kid A.

think people are kidding themselves if they think weezer are capable of doing anything truly great or comparable to the first couple of albums, but at the same time White and EWBAITE are both largely decent-ish, if a little throwaway, and way better than I could’ve expected around hurley/raditude.

Expect this new one to continue that fairly worthwhile form - think they’re sort of establishing a new mini-era into their cannon (classic era, underrated comeback era, dodgy era, jfc what are they doing era)

Going to see them in Leeds in October. Felt like the last time was a little phoned-in and weirdly unsatisfyingly like a greatest hits / singles set

I’ve really liked the last two, and half of Hurley.

At least a third if not half of the album is very good, so definitely third best after the obvious two.

The album cover is good guys 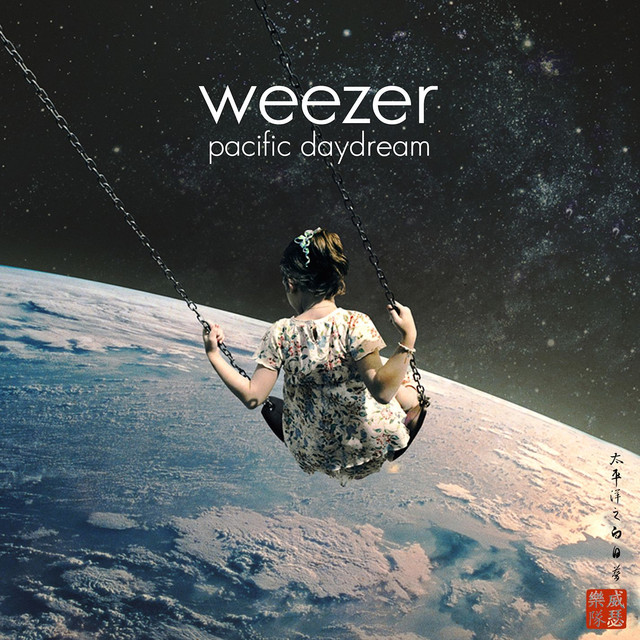 Mexican Fender, an album by Weezer on Spotify

Maladroit has some signs of life, but it also has a bunch of annoying songs or decent songs ruined by annoying parts. The few good parts have aged better than the lesser parts of the Blue Album, if I’m being honest with myself.

My favorite in-retrospect memory about them is back when the Green Album came out, people on usenet were in a panic and overcompensating by saying things like, “Don’t judge it by Hash Pipe, the other songs are so much better and more meaningful.” That didn’t age well.

I still know people subscribing to the, “He’s been releasing garbage for the past 21 years because he’s so tortured and heartbroken that Pinkerton got bad reviews, he just can’t bear to put his true self out there.” As if 99% of people haven’t been raving about Pinkerton and shitting on everything else he’s done for a good 18 years now.

fucking hell that new song is so bad

Yep. Unlistenable. Think I got to the second verse. Like the album cover though!

Quite like this new one, he has a vibrancy in his voice I’ve not heard for a longtime (not that I’ve kept up to date)

Can I tag in for a sub-thread at this odd point in their discography? Twelve song Weezer ‘best of’ track listing. Go.

I still know people subscribing to the, “He’s been releasing garbage for the past 21 years because he’s so tortured and heartbroken that Pinkerton got bad reviews, he just can’t bear to put his true self out there.” As if 99% of people haven’t been raving about Pinkerton and shitting on everything else he’s done for a good 18 years now.

to be fair, maybe if the new albums weren’t selling better than Pinkerton, he might think differently.

I’m still not quite sure who’s really buying their new stuff as it seems to be considered mostly awful. Is it a late period Simpsons thing were there’s no consistent audience outside of old fans randomly checking back in?