What did/ do you want to be when you grew/ grow up?

As someone who works in an adjacent role, I don’t think it’s necessarily gotten much better.

Although I also think the problem might be that 15-18yr olds aren’t always good at knowing what they realistically might want or be able to do.

Rich enough not to work

That’s what careers guidance should be helping with, imo. I don’t think the kid who is both certain of what they want to do and capable of doing it needs a careers advisor to tell them “these are the qualifications you need”, they can probably find that out themselves.

I was really struck by a conversation I had with a careers advisor a couple of years ago. She was moaning about how clueless the kids were and she gave the example of one boy who could only say he wanted to be a footballer. He was 17 and not in anyway involved at any professional or semi pro level so all he’d really said was he likes football. So she said he was a lost cause and couldn’t give him any advice.

I mean really - all those potential careers in coaching, sports science, fitness training and so on that could tap into his passion - and she just dismissed him totally. Kids like him just need some guidance and that’s literally her job. Made me really angry tbh.

Could be a good thread in moaning about shit career advice tbh. It was a complete joke IME

This was based entirely on watching Indiana Jones.

Librarian or the person that says what’s on next on the telly.

We did a careers thing at our school where you had to write your three top choices for profession on this kind of scranton test and then there was several pages of questions geared to tell you if your choices would work out or not, and then it would tell you what your perfect job was.

I was one of several people told that my test had revealed I would be the perfect Traffic Safety Professional - Crossing Guard.

I wanted to be a pilot. I grew up wanting to see the world and thought that would be a good way to do it. That idea fell flat on it’s face when I applied to BA and they’d only accept people who’s uncorrected vision was 20:20. So even if you wore glasses or contacts, you couldn’t work for them.

And given the costs of training yourself to get a pilots licence were thousands and thousands (at the time BA were one of the few who had pilot training schemes) that idea went completely down the toilet.

A vet, I did work experience at one which nipped that in the bud. I’ve got no stomach for it. Considered medicine too but that’s the same.

could have been making £££ and eating massive breakfasts every day, what a life

You didn’t even mention all the Yorkie bar eating. that idea went completely down the toilet.

and flushed in a freezing block straight out of the plane?

I was going to be a brilliant author of novels.

I write movie blurbs for a streaming platform for a living.

Jesus, the people I knew at school who became accountants are now the most well-adjusted, settled, contented adults I know. (Bit boring though)

Lorry driver. When I was a kid I spent many an hour driving this bad boy around the house, loading and unloading: 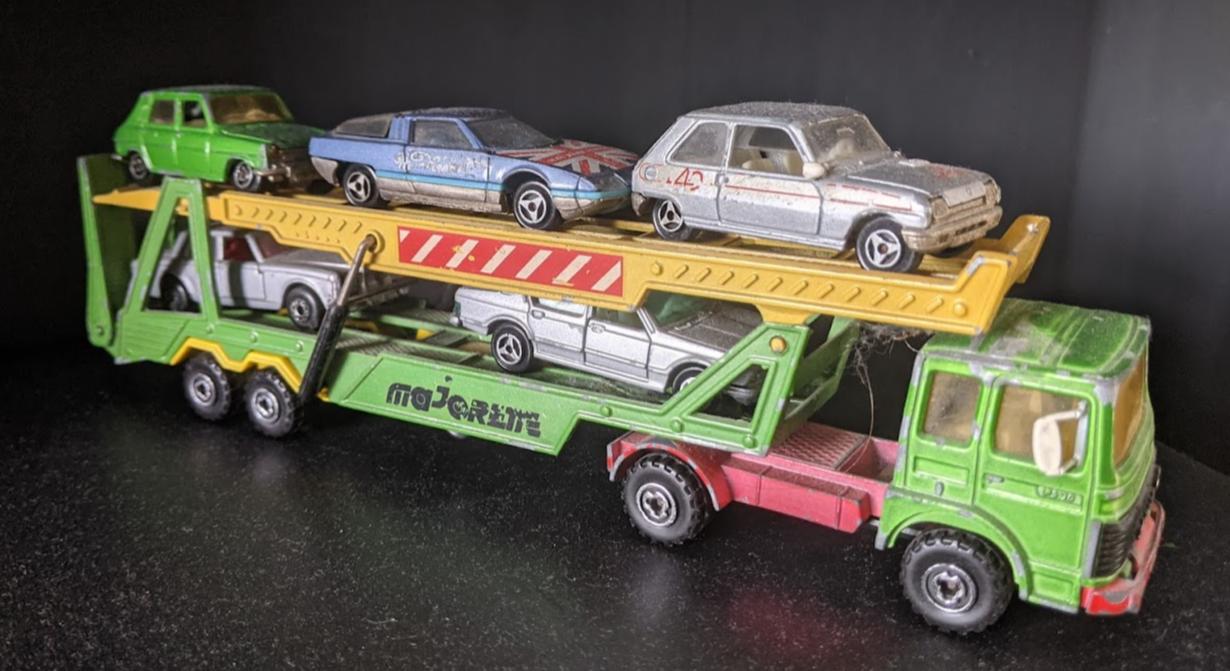 Still do, to be fair.

It occurs to me that there’s probably never a better opportunity for me to pursue my dream.