What do you do for International Women’s Day?

I know it varies between countries etc how much people do on the 8th of March, but am interested to hear about it. I especially want to know which of the men on here do anything on International Women’s Day, or if not then why you don’t.

Here in Oslo it’s quite a big thing, where the main event is the march in the afternoon where thousands take to the streets with different (democratically chosen) banners etc. Last year the main slogans were about metoo and the like, and this year a lot of them are about our government because they’re absolute idiots at best.

This pic is from the beginning of the parade in central Oslo a couple of years ago:

Lots of cultural events and club nights and debates and whatnot will be happening as well, kicking off today for me and lasting through the weekend. Of course when it’s this big it’s also used in lots of awful advertising and the like, which is a bummer but kind of inevitable.

Tell me about YOUR days tomorrow!

And if you come into contact with any edgelords who’re all like WhAt AbOuT iNtErNaTiOnAl MeN’s DaY then you can just tell them that International Men’s Day is on the 19th of November and they are free to organise their own marches and cultural events then.

My workplace is doing IWD today for some reason.

I’m afraid to say I don’t do anything for International Women’s Day beyond having tried to do a one-off donation to period charities the last few years.

Learn how to calendar

The (female) CEO is giving a talk at 4pm today in the office.

For my blog I’ve interviewed some friends who run projects for women (one which is for girls who have fallen out of the education system, and the other for mothers in the music industry), and I’m about 2/3 of the way through transcribing it all. I’ll get that finished tonight and post it up tomorrow morning.

INTERNATIONAL WOMEN'S DAY, a playlist by meowington on Spotify

A playlist featuring Solange, Missy Elliott, Emmy The Great, and others

chock the fuck full of bangers

be very thankful and kind to the women in my life

Sounds great, just remember it is a day of protest and for drawing attention to important issues as well!

I guess, in part because it’s crept up on me that it’s an actual positive and purposeful thing as opposed to like “Hey, it’s international burger day so get half price off sides at GBK” or whatever.

Like Ant, a donation. I’m also going to an IWD event tomorrow, which has an all-female DJ/band line-up

I don’t get involved more mainly because I feel like I’d taking a space away from a woman, and I’m not sure how to get more “involved” really, as there doesn’t seem to be any unified theme. At least not in Nottingham.

I like to tell the women I am closest to how appreciative I am of everything they do. I will also make a contribution to a women’s charity.

Like @jordan_229 says, I am wary of going beyond this as it feels like it is a special day and space for women to celebrate their achievements without the need for men stepping in. Would happily be corrected on this however.

I see it as a day for bringing attention to issues that affect women. Because of national politics, reproductive rights is a big theme here this year. I’d like to see more men get involved. I can appreciate not wanting to take up space etc, but it’s fully possible to make what space you already take up, a more feminist or woman friendly space — without needing to take up any woman occupied space.

I’m absolutely certain there are many varying opinions on this, but I guess I’m just being tired of feminist issues being seen as something that only affects women and that only women should speak up about.

How do you think men could do that in the best way without intruding within the spaces of others? I don’t think me or lastdino are suggesting that men shouldn’t speak up, but its the presence in events/marches that I’m not sure I get the balance right with. The same with Pride and similar events too, I guess.

I’ve got a playlist ready too - mainly just from recent stuff but with some classics from Nina Simone and the like. 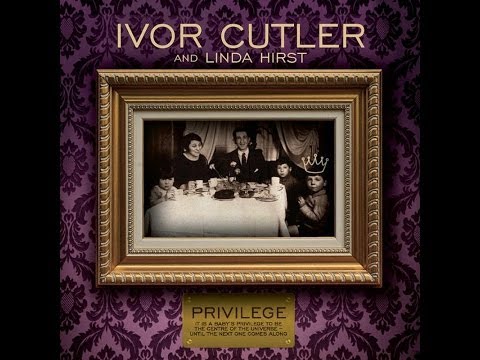 I’m going to a women’s march then seeing KKB in the evening.

There are normally some great albums/singles released for it by women with proceeds going to charity, so I normally try and buy some of those - e.g. this is released tomorrow and will be great:

I personally would appreciate more male allies showing up to show their support.

IWD has caused a real issue in my office.

It was decided that on Friday there’d be a post-work IWD party in the office, drinks and food, all female music playlist, quiz other things, with some fundraising stuff to support a charity that helps female victims of domestic violence. All sounded good!

Minutes after a flyer was sent round, a male developer who works remotely replied with an annotated version of the flyer that reads like a full-on MRA manifesto - The headline of the flyer was “Who run the world?” and he’s scribbled “Oh let me guess, the patriarchy?” and it doesn’t get any better from there. Weirdly, he’s also added a hammer and sickle to the bottom. Fuck knows.

As you can expect, everyone in the office (that I’ve spoken to at least) is pretty shocked by this! I thought he was a nice guy, always very friendly and easy-going, but this is genuinely pretty unnerving. We thought this would probably be a case to discipline him or something - except, our fucking awful CEO has apparently decided that the dev is “a reasonable and thoughtful” guy, and that the event and flyer were too political, and has told the organiser to apologise.

Fuck that. My colleague has already got pretty much all the women in the office to back her in taking a complaint to management, and I’m getting a bunch of others to co-sign. Problem is, we’re complaining to a cunt who’s already expressed he’s fucking wrong.

Inexpicably, we are having a cake-bake sale with proceeds gong to womens’ charities.

Because i’m sure most of the bakers are going to be men, yeah?