I’ve included thingies in the title as suggested a few months ago by AutumnBeech to assist in easily identify rolling threads.
(I wonder exactly how shit they will look when I press ‘Create Topic’ they look lovely on my phone right now)

I didn’t care for: Annette, Pig, Hail, Caesar! or The Eyes of Tammy Faye

I managed to watch quite a lot of films in March:

Going to go and see True Things this week. 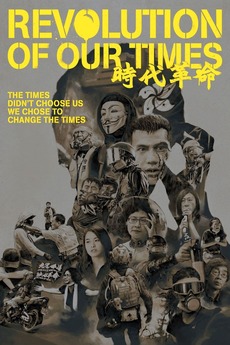 Finished off March with these…

Fine enough, but sadly didn’t really wow me in any department. The thought the overall message/story was plainly obvious after a minute and it didn’t veer from my presumptions. Also found most of the voices oddly out of places, the facial animation so plainly rounded, the songs grating, lacking full rhyme and awkwardly spontaneous. Easily bottom of the pack of the BAFTA/Oscar Animation noms and seemingly won easily.

Fitting that a film with the word Face in its title has such interesting and magnetic faces with Gene Simmons always such a standout. An okayish noir melodrama with flat cinematography and some equally awkward/shocking moments.

Have a nostalgic soft spot for the original series (like most indie kids now in their mid 30’s) and for some reason never watched anything beyond that including the spin offs and various films. Anyway, it seems like i’m much lower on the scale for this than the general consensus, yet oddly enough I was seemingly much higher than most on Bad Trip last year. I thought that distilled puerility so much better and moved that silly medium forward ever so slightly.

My goodness the prelude and intro were so cliche and borderline embarrassing. It really felt like I was watching one of those in universe films they force The Boys to star in. Luckily it evolved into a decent enough tale in which the jokes land more often than not and is pretty creative and clever with the genre. The effects were exceptionally naff and rubbery with an easy 20 mins trim to the runtime needed.

Must’ve been a mad premise to watch unfold back in 1933. The gimmick is handled really well cinematically with the seams not really showing at all apart from the voiceover sync being off a smidgen. Felt like the majority was in -1.25 speed though.

Rides the emotional waves of life exceptionally well. The taught 1:1 framing adds so much to the claustrophobic feeling and wanting everyone to burst free from the constraints…and I was so glad when it did. So many sweet, tough and memorable moments sprinkled throughout. The lasting imprint from the only previous Dolan film i’ve seen (Its Only The End Of The World) was the obvious on the nose soundtrack and that was (mostly) painfully present here too. It’s hard to gauge if the choices are brave or idiotic and I’m happy not knowing. A slither under a 4.5 and easily in my top 10 of 2015.

Felt like it was just about being held together with tape and string - especially with the ADR and editing looking and feeling like Holby City…the effects also sweep wildly from excellent to shoddy from scene to scene. It is actually a fairly great premise in a ‘Year 9 student would scribble on the beck of their textbook’ kinda way, but is remarkably cliche in its plot, script and character development. Goes for a Mad Max x Snowpiercer x Children Of Men squish up, but lacks so much of the bleak satirical dystopia they all build and feels like broad panto in comparison. Was actually expecting way more X Country vs Y Country Engine warfare after the intro, but got nothing!

I feel the further you move away from 2003 the more Jack Black’s schtick feels more cringe , repetitive and annoying. However he’s unquestionably a tour de force, the perfect person for the role and I can fully understand that it worked/works for lots of people. It truly has its heart in the right place and hopefully got lots of kids into playing an instrument, but thought it didn’t really have any urgency and thus fully feels the 1h 50m runtime…was also expecting more DIY class songs with it being adapted into a musical recently. Have recently watched many of the well like comedies of past 20 years and been let down by so many. Knocked Up, 40 Year Old Virgin, Forgetting Sarah Marshall, Superbad, Step Brothers, Hangover, Bridesmaids, 21/22 Jump Street were all duffers and this (whilst not as bad as those) was also a letdown.

I really liked Bridesmaids and the two Jump Street films.

Oh yeah, I’ve seen that Mommy film too. That was great.

maybe give Titane another try?

Empty provocation IMO. The most damning thing I can say about it is that I barely remember it despite it spending the whole running time yelling “THIS SHIT WILL STAY WITH YOU!” at me

I think this is everything from March.

I watched a lot of stuff that was boring or forgettable. Mainly the horrors. I want to watch Worst Person in the World again.
Before Sunrise, Last days of Disco, The Collector and Winter’s Tale are things i’ve seen before. Those two are not my fave of Rohmers so not giving them a 5

Society was boring apart from the last 20 mins which is really reallyy good.

Dau Natasha seems dodgy and weird.There’s a few good moments. but doesn’t seem like a film that should have been made at all.

Alone Together is really good. but 3 1/2 seems about right.

Was saving this for Halloween season, but had to jump in now as it’s leaving Netflix at the end of the month. A massive dose of relentless Rami-ness fully present here. Such weird off kilter action with absurdly fun and bonkers ideas all garnished with gnarly sound and beautifully grotesque effects (using every old school trick in the book) and only drops a note when dodgy CGI crops up. This is how you do possessed schlock James Wan.

A fun escalating farce - no more no less. The dictionary definition of 3/5.

What was this on? It’s been on my list for ages.

I liked the first Jumanji with The Rock. The second was wasn’t as fun as the first but ok.

Which are your favourites of his? Luckily I’ve still quite a few of his to watch but current favourites are The Four Adventures Of Reinette and Mirabelle, The Aviator’s Wife and Love In The Afternoon.

Lads, I’m off to see godfather 2 on the big screen tomorrow for the first time. Canny wait.

What was this on?

it used to be on amazon prime. not sure if still on there though

Which are your favourites of his

my favourites are probablyyy A Summer’s Tale, Pauline at the Beach and Claire’s Knee. need to rewatch all of them though

Night’s End - Odd horror of two halves. Geno Walker is an agoraphobic bloke on his computer talking to his friends and creepy things seem to happen. Somewhat Zoom-like in its approach at the start then turns batshit crazy and morphs into an OTT 80s horror and I didn’t quite make out why the jump/change was necessary.
Michael Shannon and his wife Kate Arrington are those on the other end of the Skype calls. 5/10.

Father Brown - Not an Ealing comedy but much in the same vain where Alec Guinness is a priest trying to catch an elusive thief played by a young-ish Peter Finch who wasn’t as mad as hell here. Nice easy watch. 6.5/10.

Into The Beat - German dance film on Netflix. Teenage ballerina Alexandra Pfeifer, who comes from a family of ballet dancers, has an auditon for a prestigious NYC ballet company. But then meets Yalany Marschner and discovers her love of hip hop and street dancing and a famous street dance company are in town recruiting. Which audition does she go for? You see, her dad who’s a world famous ballet dancer had a career ending accident a few weeks ago. Tricky huh?

Inevitably it’s been done a few times and it’s a cross between Save The Last Dance, Step Up 2 (somewhat) and Step Up 3. Pretty good dance sequences, the camera work could have been better but manages to tick off all the cheesy and feelgood boxes without being overly sweet. Worth looking into if you like this sort of stuff. The two leads are great fun and very likeable. I liked it. 7.5/10.

The Hard Way - Someone’s killed Michael Jai White’s brother on a special operation in Romania. Jai White is an ex forces bloke (running a jazz club) and gets together with one of the twins from Bros and beats and kills people to find out who did it.

Should have had more one on one fight scenes. Jai White directed Never Back Down 2 and 3 which were excellent no brainers but didn’t direct this. It’s ok. 5.5/10.

Ghost World (Mubi) Cult indie classic from 2001. I’d seen this before years ago but mostly forgotten it. I enjoyed it and think it captures teenage girlhood and the transition to adulthood (especially in the 90s/noughties) well. 6.5/10

The Gospel according to Andre (Mubi). Documentary on the life of Andre Leon Tally. I loved this. I was familiar with Andre anyway but think people who weren’t would still enjoy this. He was a remarkable man who lived an extraordinary life. It’s poignoint and sad in places but tells his story well, with his own contributions and those from the fashion world. 8/10 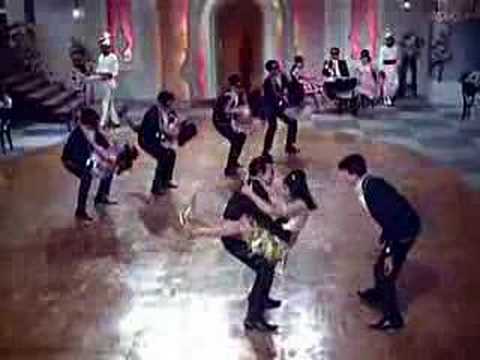 I bought the soundtrack to Ghost World after seeing it for this song. Love it.