Might watch his first film now that MUBI’s library is now on Ps4. Watching It Follows after Silver Lake was pretty interesting cause it kind of brings the weirder aspects of that film out.

Apparently he’s doing a superhero film (not a big franchise one, ya know) and I’m excited to see what that’d be like

Hayley squires changing her accent was so unnecessary

The Reunion - Documentary from Anna Odell who I hadn’t heard before. Odell wasn’t invited to a school reunion and makes a film about what would have happened that evening if she was invited to the reunion and had an opportunity to confront those that bullied and ostracised her. She then shows the finished film to her real former classmates.

A brilliant documentary about bullying and hierarchy at school.

I definitely wasn’t one of the cool ones at school and wasn’t (I think) one of the uncoolest though definitely on the lower end. Made me think a lot both about people that were cruel to me at school and also those that I’d been cruel to. The film made a great impression on me. 8.5/10.

Skater Girl - Indian skateboarding film where a girl takes up skateboarding. Can I make it anymore obvious?
British Indian Amrit Maghera goes on holiday to a small Indian village where her grandad was from and introduces skating to the village. The skater girl is Rachel Saanchita Gupta who takes it up and doesn’t want to conform to what’s expected of her.
It’s a very saccharine film. Doesn’t try to be gritty and that’s fine. It did make me smile quite a few times. The kids were great and presume many weren’t actors. Liked it. 7/10.

The Way We Were - Barbra Streisand and Robert Redford’s politics differ as do their outlook on life. They love each other but you know it just won’t work out for them. A pretty good love story where McCarthyism and the Hollywood blacklist features prominently too as the film’s screenwriter Arthur Laurent was called before the House Of Un-American Activities. 7/10.

In The Earth was fine!

Detour which is a very tight 69 mins and is basically a vehicle for Ann Savage’s amazing turn as Vera. Honestly it’s a crime we don’t have a huge body of films starring her. As a film it’s full of all the clichés of the genre but lovingly so and really draws you in.

In A Lonely Place proves that Bogart wasn’t Justin Casablancas and was a great watch. Ostensibly about the Death of a woman his character is connected to, it becomes clear this is about his ability to deal with his emotions.

Still pretty much perfect, but if I’d have allowed WKW to make changes to it then he could’ve removed at least three instances of California Dreamin’. There comes a point where it crosses over from quirky, low budget filmmaking to bad filmmaking and quite shit. The rest of it is perfect though. Looking forward to Fallen Angels and it’s dodgy knock off massive attack soundtrack.

Weird criticism but the new credits sequence was dreadful.

if i haven’t seen any WKW where should I start?

Don’t know this film at all but why was a new credit sequence made? That seems an odd change to make to a film. I think Alien: Resurrection director’s cut is maybe the only instance I can think of where that’s the main (only?) change to a film.

The trailer doesn’t do it any favours but there’s a great documentary about Cazale that’s worth seeing; 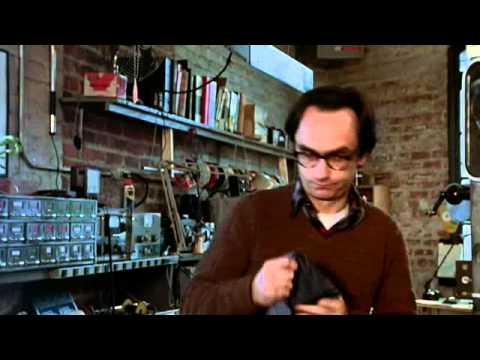 Totally lost it at ‘I heard they’re doing another Road House’.

Chungking is the first one people usually like. It was made quite quickly and is very silly/funny/sad. In the mood for love is one of the best films ever made but is very different - slow burn, lush set design + music, etc. But one of those two imo.

why was a new credit sequence made

just saw The Father in the cinema. devastating, never cried so hard in public before. totally on board with the Hopkins Oscar, just phenomenal.

Enjoyed this, if that’s the word. It feels a bit stagey at the start, but this goes away. The final scenes really brought mirrored the condition of my own father before he died, so that was upsetting.

Totally agree with the stagey-ness - thought Coleman specifically had this but thankfully it did indeed drop off after the first five/ten minutes. So sorry to hear that about your dad. My 89 year old gran is going through it at the moment so it really got to me too

thought Tetro was really hypnotic and kind of great? A bit too long maybe but it had this really weird grip on me

Watched The Dead Don’t Die yesterday (as well as Audition but I’ve posted about that on the horror thread).

The Dead Don’t Die has a star line up and the acting in it was very good and while there was some funny moments, I found it a bit slow going and boring in parts. Worth a watch for a easy horror/comedy about zombies but nothing to shout about.

Can’t believe i waited so long to see The Last Days Of Disco again. Must be twenty years. Beckinsale should’ve been a much bigger star, sorta baffling she isn’t. That ‘trilogy’ of Stillman’s is fantastic and really holds up.

Just watched that In The Earth by yer man Ben Wheatley. Thought it was really really good