Actively hated the third act. Thought it was absolutely bizarre, completely unrealistic in the context of the film and even a little snobby. I’ve probably missed some subtleties in it somewhere but I just can’t grasp what they were going for at all.

I’ve been working my way through Mark Cousin’s Women in Film, finally, don’t supoose anyone knows where I can watch the BBC 1993 film Safe? 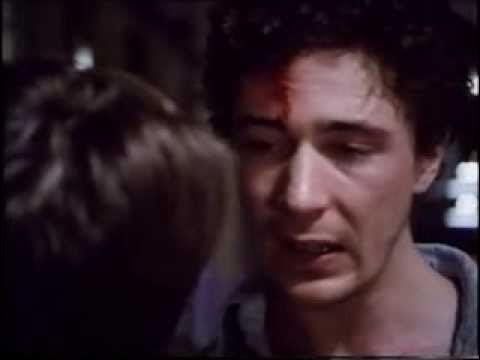 You are a king among men.

Going to the BFI for a double on Saturday… A Brighter Summer Day in the afternoon (all 4 hours!) and then Rashomon in the evening.

Yi Yi rejuvenated my love for cinema at the start of Lockdown and have watched about 1,000 films since then (probably more than in my whole life combined) - so hope A.B.S.D is lovely.

Will try to watch Yang’s Terrorizers on Mubi before my trial ends too.

Add me to the ‘Mission: Impossible - Fallout at the IMAX being one of the best cinema going experiences of my life’ list.

speaking of films on YouTube - Blood In, Blood Out (also known as Bound By Honour, apparently) has never been available in HQ before but some legend has ‘upscaled’ it and put the whole thing on YouTube

it is a fucking GREAT film centred around chicano gangs in 70s LA. really underrated/underseen! What Films Are You Watching January 2023, shrewbie?

Interviews with some of the last surviving Germans who lived through and worked for the nazis. Not dissimilar to the act of killing in places

I watched a film earlier and am gonna watch one or two more this evening, God willing

Saw it at the cinema, and yeah, it’s a hard watch, especially when confronted with people who, despite it all, still have sympathy for certain aspects of the Nazis’ ideology.

I’m an hour into Tar so feel I can’t back out now, but I fucking hate it. I don’t hate any specific aspect of it, I just fucking hate the film overall. Slow, boring, pretentious, with irritating characters, and absolutely no emotional connection whatsoever. On paper I should like it, but I don’t. It’s been a while since I’ve had this strong a reaction to a film, but fuck it to hell.

Meh. Going to watch The Jungle Book or something afterwards.

3 hours ffs, thought this would be some punchy 90 min goodness

on the watchlist anyway, grudgingly

Never seen it before. Thought it was meant to be shite, which it kinda was. But i laughed quite a bit and I thought Pegg was good.

Enjoyed the Sisters of Mercy references.

Mildly disappointed by M3gan given the reviews. Was not quite spooky enough or camp enough to quite land for me.

The accounced sequel should be M3gans like Aliens imo.

M3GAN is fun/silly but my god the script/story is so fucking bad (and by extension the performances). luckily the sight gags and uncanny valley stuff is good enough to make it a fun watch.