Ticks all the ‘epic’ boxes both positively and negatively. Properly rousing when it needs to be and some fantastic decisions especially in the action regarding camera placement that struck me as trying to do something beyond the norm - I guess that’s the Kubrick touch. Also had some insane stunts that added to the utter chaos of battle. Imbued with lots of heart, fire and comradeship - handling the class differences really well and whilst the ending quote has been parodied it still hits home.

Wonderfully depicts how the faintest hint of female independence can upend rigid social hierarchies and how jealously, unease and conservative thinking permeates family life. Can’t really recall a film where the acting from pretty much everyone veers from a little rough to excellent, but it kind of adds to the social realistic charm. The line “i’m too old to change my views” from the grandpa really stuck with me and is something that for the most part hasn’t changed in the 60 years since. Arati goes on a beautifully transformative journey and is such a kind hearted character that radiates a warm charm and sad naivety with blocking, body language and eye contact used as incredible tools by Ray to demonstrate that evolution. 2nd favourite film from ‘63 after 8 1/2.

Can kinda see what it was going for but it just kinda whooshed over me without making and strong impact. The constant iMessage back and forth was interminable.

Hahaha ‘kin hell. Made me unintentionally laugh and roll my eyes a fair bit, but great fun. The drone shots are so frivolous, pointless and frankly hilarious and the editing felt like it was done by a 12 year old after necking a 4 pack of Red Bulls. Big Jake understood the task perfectly.

Sadly expectations were maybe a tad high, but still great. Such a beautiful script that handled the characters progression perfectly. The naturalistic way time is showcased is also exceptional as were the central performances. Easy top 5 for 2005.

See For Me - A blind ex-skiing cat/house sitter gets help from a woman on the phone via an app as thieves have broken in. Home invasion film that tries to be a bit like Hush or an updated Wait Until Dark. It has its own take on things.
Skyler Davenport, a registered blind actress is good as the lead.
Not entirely shit but not great either. 5.5/10.

They Made Me A Fugitive - Trevor Howard joins a group of black marketeers but gets set up by them, gets sent to prison and then escapes. An ok post war thriller. Familiar faces includes the bent judge in Porridge (who looked exactly the same) and the racist major in Faulty Towers. 6/10.

Scream (the new one) - Nice dissection (no pun intended) of the former Screams and slasher films in general with a fun last half hour. Loads of references thrown in. 7/10.

Break - French street dance film. Looking it up it should have ticked all the boxes for me but just found it shit. Turned it off after an hour. 1.5/10.

Wheel Of Fortune And Fantasy - A relatively short film for Ryūsuke Hamaguchi at just two hours and consisting of three shorts.
The first of a love triangle reminded me of Eric Rohmer films. The second one didn’t quite click with me was about a student who tries to seduce a college professor. The third one was absolutely beautiful about a chance encounter between two former classmates sort of.
Looking forward to watching Drive My Car soon but this was was great, the third one was a 9/10 but will give this overall an 8/10.

I saw Happening last night - that is one tense movie.

I saw loads in April of very varying quality. The film Playground was easily the best and perhaps will be in quite a few top 10s of the year. A stunning brutal film.

Hoping to get to the cinema reissue (?) of Cabaret this week. I’d encourage everyone to go to it, for me at least

Went to the cinema last night to see The Assassination of Jesse James by the Coward Robert Ford, which I’ve seen loads but if you want me to sit happily in a cinema for 2hrs 40mins, this is the way to get me in. Lovely.

50p in the charity shop. Oh my god. What a beautiful and heartbreaking film.

This short by the director is also ace: 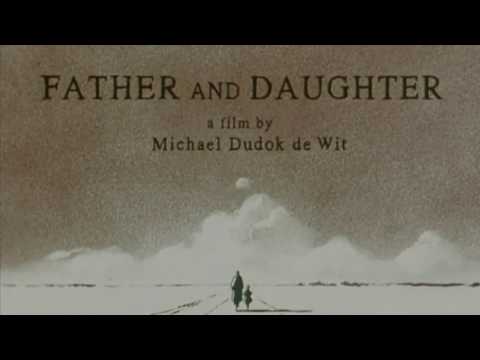 In a similar pool to Jason And The Argonauts and The Incredible Shrinking Man in that they’re all fantastic tech demos with everything else loosely draped over the top and not seemingly the main focus. Would actually consider this a dark comedy over a horror in the same realm as Evil Dead. Great fun and really doesn’t feel it’s age.

Really enjoyed it with a few foibles - very close to a 4! It felt so fresh to see the clear and obvious personality of a director for a change.

Didn’t fully gel with it, but enjoyed the slow burn mystery and moments of tension. Could easily pick 100 films to go in the 1001 Movies book over it.

Broad and bold, but not much beyond that to require such a run time. Other ‘epic’ musicals from that time like West Side Story, A Star Is Born and Guys And Dolls all have much more of a kinetic or traumatic story to drag you though…and this just didn’t. The highlights are the pure colours and the dusty haze over everything.

Sourced this Al boxset for £4. It’s not classic seventies cannon Al, sure, but I’ve always wanted to investigate a few of the films he did just after, between the great stuff and the shouty stuff, namely …and Justice For All, Cruising (sadly not included), Sea of Love, so quite chuffed.

Also, I’ve only ever seen Carlito’s Way once when I was half asleep, so can rewatch, and never seen Scent of a Woman which I think he got his only Oscar for if memory serves. I’m surprised that Top Gun: Maverick is getting some mega-positive reviews, but I think that’s just me really not being able to get into major studios’ heads because I felt sure that that Jared Leto marvel vampire thing I can’t remember the title of without googling kept getting pushed back because the studio knew it was a stinker, and I thought this was the case here, but no - this appears to be a case of pushing a movie back because they know it rules.

I know these two things are not comparable, but I do think it’s funny that there have been 4 Steven Soderbergh movies released between the first trailer for Top Gun: Maverick dropping and the film actually being in cinemas.

I’ve never seen Top Gun. I might do a double bill of both films on the same day.

This is really shit and I love Cage. Wish he’d be more silly in it.

nooooooooo, don’t do this

Photograph - From Ritesh Batra who directed The Lunchbox. Nawazuddin Siddiqui works taking photos of tourists around Mumbai and takes a photo of Sanya Malhotra. He then pretends to his grandmother who’s hassling him to get married that Malhotra is his fiancee.

It’s a lovely slow paced (but never dull) film. Siddiqui and Malhotra are great as leads and inevitably form a bond despite their cultural and economic differences. A lot not said but implied within the film. The grandmother, Farrukh Jaffar is a great here and warm and very funny.

Really enjoyed this one and didn’t know it was available until I was looking stuff up on iplayer.

Batra’s relatively recent Our Souls At Night with Jane Fonda and Robert Redford was pretty good too. This one gets 8/10.

Let’s Be Cops - Damon Wayans Jr. and Jake Johnson pretend to be cops and then have the mob after them. Purile action comedy and probably mildly offensive too. You know the type of comedy it’ll be even before it starts but it’s a pretty good no brainer. 6.5/10.

Into The Woods - Loads of famous people including Meryl Streep, Emily Blunt and Anna Kendrick in this musical about fairy tales characters. Thought it was be silly fun. It was but not too good. Almost constant singing like Umbrellas Of Cherbourg and not much dialogue between the constant singing. Dragged a bit. 4/10.

Cujo - Never seen this before. Dee Wallace and the kid from Who’s The Boss vs mean dog. Bloke from Hardcastle and MacCormick for those that remember that is in it too. It was ok. 4.5/10.