What foods have you eaten in which countries?

Best mussels I’ve ever eaten were consumed in Butrint, Albania.

Had a Maccies in:

I reckon lobster in Costa Rica is my most exotic combo.

This is probably the best restaurant I’ve ever been to. Utterly, utterly exquisite food, and as ever in Turkey, incredible value too. 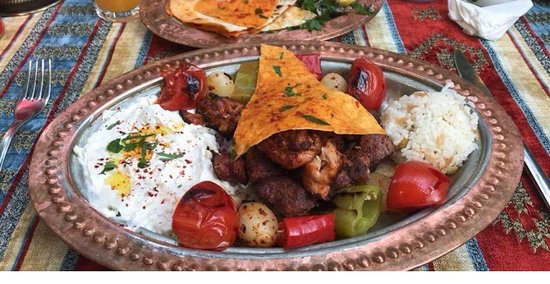 Mozaik Bahce, Fethiye: See 2,031 unbiased reviews of Mozaik Bahce, rated 4.5 of 5 on Tripadvisor and ranked #16 of 663 restaurants in Fethiye.

Went on a field trip to Barcelona with university and were left to fend for ourselves for food.

Obviously we just lived off Burger King and bags of crisps for most of the week.

Best ones:
Mangoes in somaliland
Dumplings in china
Chips in england
Shortbread in scotland
Crepes in france

That I can remember. I’m not well traveled, all of this was between the ages of 17-20

then a bit more, but drastically less again afterwards

Ate whale meat in Norway because I forgot it was endangered

The first thing I’m doing when lockdown eases enough domestically is meeting my mate in Yarm near Middlesbrough and getting the biggest, most obscenely calorie-laden Parmo I can find.

As long as you don’t eat whale meat again. It’s what Vera would have wanted.

I ate haribo and a bowl of sausages in Wales

Kids and grownups love eeet so