What have you got on in the car?

You don’t seem to be able to filter the android Spotify to all downloaded songs and shuffle play them anymore, though, which is really annoying.

Finally, my time to shine! Pretty much exclusively listen to music on CD in the car stereo. I have three or four big wallets of CDs in the car, plus a few cases with the wrong CDs in, probably around 150 discs in total. They’re all left in the car overnight, no one is interested in stealing CDs now, it’s the one thing I like about Spotify.

Usually have 10 or so discs on heavy rotation at any one time, at the moment it’s Self Esteem’s first album, the last two Big Thief albums, Out of Time by REM, I Don’t Run by Hinds, Handcream for a Generation by Cornershop, a Disney compilation, disc 2 of Now 41 and the original cast recording of the musical Cats.

My daughter is responsible for the last four of these, they were favourites for the nursery run. She’s just started school though, and we walk to school, so car usage has fallen off a cliff the last three weeks. It means i’ve not been listening to any music either. Might have to start going on long drives at lunchtime so I can listen to the new Low album.

Got a 256gb iPod touch wired up with all of my music library loaded and have it on shuffle most of the time. It’s messy because my car is old and so it relies on lots of wires everywhere but it works ok. Battery life is frustrating though - it is fine when i’m driving a lot but in recent times when I’ve don’t been it’s constantly going dead.

I don’t drive but Miss Y’s new car doesn’t have a CD player and it is the worst. It has ‘integrated bluetooth connectivity’ but at max volume it’s like listening to an orchestra of fruitflies farting so we resort to connecting my iPad via the incredibly inconveniently placed USB port (wire gets in the way of the gear stick) for long journeys or just slumming it with the radio (Radio 2 for Miss Y, occasionally I get a treat and can turn to 6Music).

Her old car had a lot of Pink CDs in it but Taylor Swift and Caroline Polachek were mostly what got played before its (rather inevitable) demise.

My other half’s car has four CDs on constant rotation:

Could be a lot worse. I like her a lot.

My car has a CD player but it also has a hard drive that you can load via USB stick, I think it’s about 12Gb in size. Usually load up about 40 or 50 albums and pre-pandemic I’d be in the car about 90 minutes a day and it would last a couple of months. Now that I’m wfh 90% of the time it lasts significantly longer!

Normally spotify if the connection works (bluetooth thing in the lighter) but like to have cds at the ready to force me to choose something a bit more random. Treated my son and his m8 to the first raging speedhorn album the other day on the way to beavers (life altering, for them both). That would never have happened solely with spotify.

. I miss a tape player though.

A cool pair of shades!

Ever ask it to play Hey Mercedes? I’d be doing that all the time

Reckon it might turn it into an infinity loop

genuinely don’t even know if we have a CD player in the car, definitely don’t have any CDs though

radio is usually Classic FM as my wife drives and she likes the soothingness of it, I swear it’s always Alexander Armstrong presenting regardless of time of day or the day of the week but it’s inoffensive enough.

occasionally we pop Spotify on, usually listen to something I like til I get told it’s rubbish, or something we both like like Metric or St Vincent or someone else.

one trip I put the soundtracks for the Mega Drive Sonic games on, that was fun. should do that next time imo.

If you’re using Android, have you tried this? 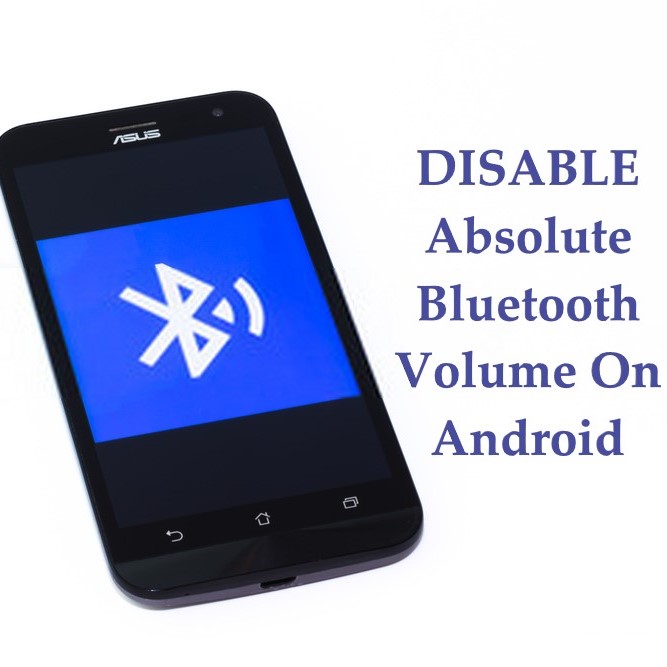 Having issues with your Bluetooth device's volume? Make Android disable absolute Bluetooth volume on your phone with this easy guide.

My boyfriend circa 2000 used to play cds in his car on a battery powered stereo and used to leave both the stereo and his cds in the car (cds just scattered all over the place, i mean jfc at least put them somewhere neatly). Obviously the whole lot got stolen. At least the car was marginally tidier after that.

Oh Lorde, won’t you play in my Mercedes Benz?

Don’t have a car but wanted to join in anyway. I don’t remember that scene so I’m afraid idgi

He got a CD player “when he got the money”. Just the idea of a Discman plugged in seemed similar.

I think I’d be irked if a new car didn’t have a CD player. Bluetooth or not.

This has also reminded me though of the time I got a CD back I’d leant to a friend, and he retrieved it from the floor of his mum’s car.