What have you seen at the cinema where you/you and the people you went with were the only ones in the screening?

Jumbo - me and a friend were the only two in there. Good film
The East - just me. Good film
Unfriended 2 - just me other than a period where someone snuck in and security chased after them. Good but daft film

I also remember the cinema I worked at had a screening of I Love You, Beth Cooper where no one bought a ticket. They still played it

Inside out - me and my life partner

Went to see Belleville Rendez-vous in 2003 at a cinema in Glasgow with my flatmates, the cinema said there was a problem with their only reel so they put on another film instead, Wilbur Wants to Kill Himself. Pretty sure we were the only people at the screening, and oddly enough the film turned out to have been partly filmed just down the road from out flat, though we hadn’t heard of it before and couldn’t recall seeing any filming.

Was a ‘deluxe’ ticket with a blanket, drink and popcorn for something like £8/£9, so was basically a private screening for me and the TV.

Guardians Of The Galaxy. About two months after it came out, at Stratford Vue, when I had a random day off so could go in the middle of the day.

I don’t think there have been any others. The closest might have been Best In Show at Stevenage Cineworld in 2001, on their ‘Art Wedesday’, where they used to have one screening a week of a recent non-blockbuster film. There were maybe three other people there.

This has never happened to me. Closest I’ve got was seeing Spider (2002 film) in an independent cinema where I’m not sure there were more than 2 other people there, but I could be misremembering

I went to see Once Upon a Time in Hollywood and I was alone in the big Curzon room (I’d taken a day off work and was having a sort of mini holiday in London so this was at like 11am). Felt like a Hollywood big shot getting a private screening

This is like something from a Haruki Murakami novel or something. Very cool

The Leopard. Greenwich sometime in a about 2010. just me

The Rules of Attraction. Cornwall just me and my friends. one of my friends danced at the front

On a Friday or Saturday night back in 2012 I saw a screening of the Lawrence of Arabia 50th annivarsary remaster at the CineWorld in Festival Leisure, Basildon, and I was the only one there

Babe 2: Pig in the City
Chappie
Guardians of the Galaxy

First one was for my 8th or 9th birthday. Second two were when I lived right next door to a multiplex and used to wander over when I was bored on a Saturday morning and watch whatever was on.

I was in San Francisco visiting a friend when Evil Dead (2013) came out, they had to do some work one morning so I went to an early screening in a massive cinema and was the only one there. I was absolutely terrified and I loved it. 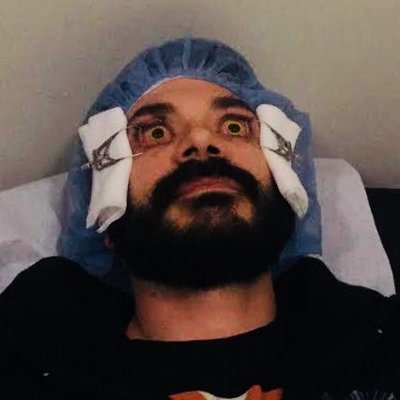 Crash (the racism one). Was off work and it was a really hot day, and the cinema was just along the road so thought I’d go and sit somewhere with air conditioning for a couple of hours. Was in the biggest screen, and there was one other person there, who left five minutes in. Maybe he thought it would be the Crash about people having sex in cars. The film was poor but the temperature was pleasant and soothing.

This has reminded me of doing Media Studies at school and ‘Crash’ was one of the films that we analysed for a few weeks. There was a cover lesson and he was just like “I dunno, why don’t you design your own film poster for ‘Crash’?”

I kept the two I did because they’re so stupid, I’ll try and find them out

The Commuter in 2018, about three weeks after it was released. Cinema City in Gliwice on a thursday afternoon.

I don’t remember exactly how many people were watching the first Robert Downey jr Sherlock Holmes movie in cineworld Cardiff the evening the heating wasn’t working so I had to sit there in my coat hat and scarf, but I know a lot of people left.

The one I can really remember was Wolf Creek. Bloody terrified myself.