What * hygiene rating would your kitchen at home get?

Yeah, I was going to say - animals in a kitchen on the worktop is pretty much an instant fail.

Errrmm… I’m really trying to keep on top of it

Recently I’ve been deep cleaning the cupboards and throwing away things but we have a real menace of a mouse that loves bananas… harrumph. I dunno… I’d definitely panic if someone just turned up at my door and wanted to inspect it.

yeah we have a mental mouse. seems to be just the one so think it’s gone totally rambo. sometimes just wanders out in the middle of the day and seems really confused and docile, then it’ll go under the cupboards and sound like it’s having a total meltdown. hasn’t gone near a single trap or bit of poison bait we’ve left out.

And yet dead ones on the worktop are perfectly acceptable. Go figure.

Doesn’t really give any info on what the difference is between a 2* or 3*, just that 5* is the best and 0* the worst.

Oh my god, ours is exactly the same. I’ll be sat on the sofa and it’ll scurry out and have a wee daunder, wee fat bastard. In the darkness it almost ran onto my face. I probably told you about how it brazenly ate the inside of a loaf of bread I’d left on the kitchen table for not even an hour! It was STILL WARM.

i don’t leave food out at all, too paranoid. this mouse has a spot in the corner of the room where it likes to sit and taunt me. little git!

Smashing a Two I reckon.

I don’t think I’ve ever actually noticed a takeaway/restaurant that has less than 4?

It was STILL WARM.

That was probably the mouse pee.

Also why was it crawling on your face. I mean do you often lie on the kitchen floor?

Stokey Bears is the famous fuck up 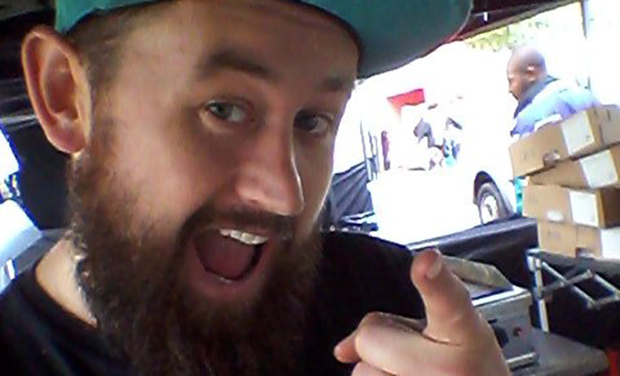 I think we’d manage a 1, and only get that because we don’t seem to make ourselves ill often and that means we must be getting something right, somehow.

The other night I made some sweet shortcrust pastry for a pie, and dropped it on the floor while I was trying to put it in the tin. Picked it up and put it in the tin anyway, but I have to admit that bit of floor was a bit dirtier than I would normally be comfortable with. Not eaten any of the pie yet.

But at least I’m not the sort of wally that washes chickens.

We had a real problem with them for a time when I was in my teens. My parents had just split up and I would stay at my Mums and then I would go back to my old room for the weekends and being a teenager I was just lazy and stupid and would often leave a dirty plate in my room, so y’know by the time I reappeared a week later the mice had taken over

I left a whole bag of unopened dried pasta in my room, the mice devoured the whole thing. It was terrifying. I had this soft toy fly (king of the flies… we had a fly infestation for a time too… it was an old house, I think something must have died in the roof… this is another story, I digress) THE MOUSE ATE THE FLY’S EYES. If that’s not a threat I don’t know what is

It’s a bullshit grading system. My dad runs a food business and it’s been marked down before for ridiculous things that are left to the judgement of inspectors, rather than any objective targets not being met (for example one inspector decided a sink was too far far from a food handling area, despite the fact that there was no guidance in place regarding how far it ideally should be, it had never been an issue before, and it was always used correctly).

This was in the living room that it almost crawled onto my face. I was lying on the sofa and there was a pile of cushions next to my head because I’d moved them… the mouse came scuttling along and made a detour up the cushion mountain. I screamed and it ran away. The end.