What is the legacy of the London 2012 Olympics?

Obviously melts wet themselves with warm pleasure at the thought of the 2012 opening ceremony and see it as a high point of British culture, but I think even outside of that most people seem to have a very fond memory of the games and the surrounding atmosphere.

All of which has drowned out the scepticism which felt like the predominant mood for lots of people before the games. Roads being fenced off for Olympic traffic, surface to air missiles installed on rooftops in Bow, enforced gentrification with nothing to show for it… and what is to show for it now? A windswept “park”, a new stadium for West Ham, thousands of flats trapped in cladding limbo. Had it enriched the lives of people in Newham, because there’s a velodrome close by?

Didn’t really watch any of it

was that whole area turned into some bad expensive houses or something?

I really liked the Five Points bar that was there, but it’s gone now.

surface to air missiles installed on rooftops in Bow

There’s genuinely good community work being done on the campus. Badu Sports in particular are doing amazing stuff and the businesses based there (ourselves included) are also trying to provide opportunities to local kids via the outreach programmes etc in operation.

It’s one of those things that Londoners think people in the rest of the UK, and even other countries outside of it, cared or thought very much about but nobody really did. You’ve just got to nod and smile when they say legacy, Olympic park etc 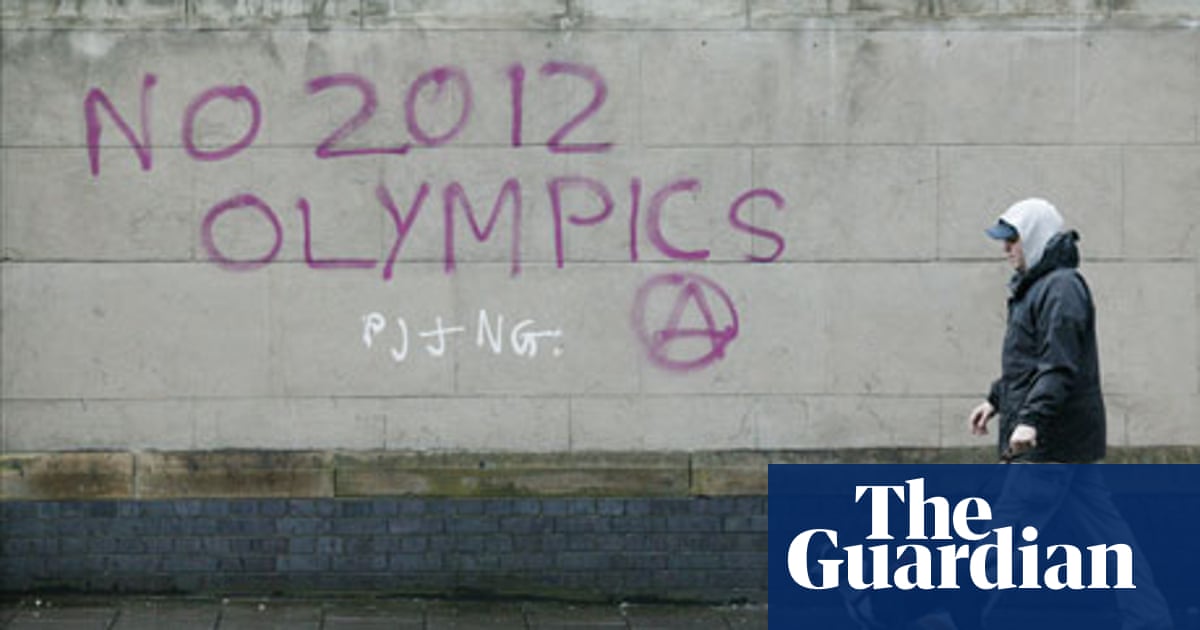 Iain Sinclair's struggles with the city of London

Iain Sinclair has spent decades documenting the capital and its edgelands. Now he has launched a furious attack on the Olympic development project. By Robert Macfarlane

The Olympic Park is really strange. Here’s a photo from not that long ago. There’s loads of disco balls and a climbing wall and stuff, but there’s nobody around

it’s a very fun place to trip though

It does get really busy in the summer tbf. I like it.

remember those light things they installed in front of the seats

Do you reckon they’re this needy about it in, say, Beijing? I can’t see it.

I lived in the Olympic park for 4 years, first and only place where I received a rent reduction. Pretty much the only legacy for me.

Mentioned in the op but the legacy of the London olympics is in ‘bringing people together’ centrism, but even this only exists in the heads of london centrists

What is the legacy of the London 2012 Olympics?

An inflated sense of British exceptionalism that lead directly to Brexit