What’s The Craziest Thing Someone Said To You

That Didn’t Sit Right With You

Hey Ryan! How you doing today?

Hey Ryan! How you doing today?

Yeah probably this, I get it a lot.

“check out this new Ryan Da Mask track, it’s the sound of the summer”

(based on the assumptions that using the word “crazy” a lot of times makes it increasingly crazy, and that Paul Stanley was in some way saying it to me.)

An engineer from BT came round a few months ago because I’d been on the phone complaining about the internet being slow. He spent 10 mins or so looking at the little box thing outside the flat with all the wires in and concluded that the cables were frayed and effectively some ‘internet had been leaking out’. Curious, I asked him what kind of things could cause that to happen. After a long pause and a slow intake of breath he said ‘spiders’.

This made me think of Saxondale.

A man on a hill once told me that daylight was ending and soon it would be “as dark as the inside of a cow round here”. 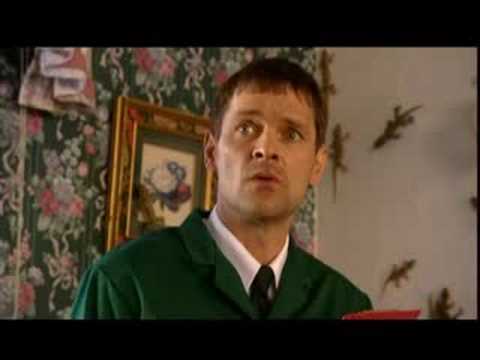 Yeah, I don’t know enough about the subject to know whether there’s any plausibility whatsoever in what he said. But also I don’t want to know.

A man once told me that there was updoc on my shirt. I’d never heard of updoc but I didn’t want to look impolite so I thanked him for letting me know. I checked my shirt later on and there was nothing on it at all. Weird.

Outside a cow, a book is a man’s best friend. Inside a cow it’s too dark to read.

I hope they cleaned up all the internet that had leaked out for you. Shouldn’t have to pay extra for that

A Liverpool supporting friend once said to me with absolute sincerity that Ryan Babel was the best player in the Premier League. This would’ve been about 2008. Crazy.