What was your most embarrassing moment of 2020?

I have many, of course, but most of them aren’t PG so I’ll wait until later to post them.

One of mine was trying to do the cinnamon challenge with my friend. Knew it wasn’t gonna go well, but I’m stubborn to the point of ridiculousness so clamped my mouth shut like my life depended on it and furiously swallowed and then two minutes later was VIOLENTLY throwing up. Wanted the ground to swallow me up.

Also I went to M&S a few months ago and I could see everyone was staring at my arse so I was thinking “aha! It looks great! This is marvellous news, the general public are so blessed to be graced by the presence of me and my bum. I really needed this boost, thank you all.” Anyway I got home and decided to take a selfie of it and upon viewing the image I realised it was because my leggings were see through and I didn’t have pants on. Great. A few months before that, in the summer, I went to the same M&S in a dress and flip flops and fuck all else and had completely forgotten to put underwear on cause it was HOT. Anywho I had to bend over for something and exposed my bare arse to an unsuspecting older gentleman and I still feel terrible about it. It’s a real wonder I’ve not been banned from that shop.

Told a visiting colleague from another office that I was looking forward to seeing “his tool in action”. By “tool” I of course meant the new rubric he’d designed for evaluating performance. It had been a long day in my defense.

Plus being British this year has been extremely embarrassing.

being British this year

I’m both! Worst of all worlds. 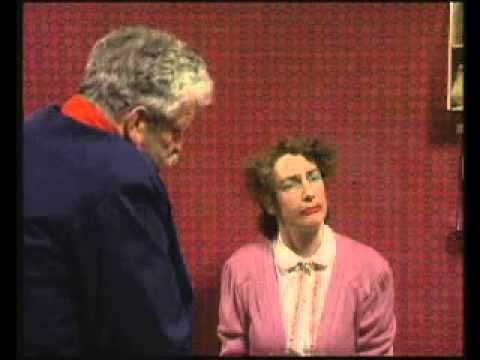 I barely saw anyone in 2020 and didn’t have any horrendous Zoom failures (other than the usual - being on mute, kids walking in etc).

So it’s probably this post (or to be exact, the preceding one)

Christmas Sunday and that Social

Not really done anything embarrassing. Did tell the guys at work that I was sure covid wouldn’t be too disruptive and wouldn’t amount to too much. Lol.

Every time I leave the house with this face.

Doing the big shop in my pjs without realising

Banned? Sounds like you’ll be in the running for employee of the month!

Every time I say something about restrictions, the opposite thing happens.

I was talking to my dad in November about the government lifting Glasgow out of Level 3 and we went into L4 a week later.

At the height of the spring lockdown I had to go to A&E because I sliced my thumb open with a penknife trying to cut the bottom off of a beard moisturiser bottle. Felt like a total moron for a good while afterwards and now have a permanent “thumb bum” scar to remind me of my foolishness…

I love your face, personally. Love it. Makes me smile whenever I see it.

Decided to fix the broken security light in my garden due to getting a dog.

Changed the bulb myself and it still wasn’t working so decided to call an electrician. My gf’s dad has a best mate whose a sparky so I used him.

He looked at the light and asked if I had tried turning the switch on, I told him i’ve lived here a year and there isn’t a switch. He then went into a bedroom upstairs and found a switch behind a wardrobe and turned the light on.

I apologised and offered to pay him for his time but he was very nice and refused.

My brain obviously subconsciously decided that this wasn’t embarrasing enough…

Later that night I realised that I hadn’t text my girlfriend at all whilst she was working a night shift at the out of hours doctors. I decided to send her the following photo at about 11.30 P.M to make her laugh. Somehow I accidentally send it to the last person I text which happened to be the electrician.

This was the photo: I disagree but thank you.