What's the scariest moment in a film?

Absolutely stunning film, on all sorts of levels

The biggest impact and the most scared I have ever been watching any film was probably affected by my age at the time, then again, it is a film that has stood the test of time and I still feel it is one of the best films ever made.

…and that film is The Exorcist, which I saw when I was about 11 or 12. There is a lot of impending dread in the build up which is superbly crafted. You get a real sense of evil and something very powerful brewing. It helps that the film holds off for a while and builds to such a powerful moment and then the film just keeps upping those gears.

The moment Regan’s voice breaks for the first time is the moment that utterly horrified me. I understood immediately that she had been taken over and recoiled in shock. The film does get a lot more graphic and nasty, but that moment was the one that made me so afraid. I didn’t sleep that night and left the light on all night. No film has ever made me afraid to sleep like that.

Upon revisiting the film over the decades I can watch it comfortably now after being exposed to much more graphic horror and I love the genre, but that one moment I will never forget for just how scared it made me.

I watched this as a kid in the late 80s. I remember thinking “This is mad as fuck!”. Love that scene. Brilliant film.

I just went and watched it again!

The subway scene in Possession

Agree with this. Genuinely fucked me up for a few days I think.

My mum talks about reacting the same way as you did when she first watched it, probably at the same age

When the head falls out the boat in Jaws.

7 year old casinobay didn’t like that one little bit!!

The scene that chilled me to my core when I first saw it and still has the same effect.
It’s in Lake Mungo.

Spooky children in films always mess me up - the corridor scene in the orphanage did me proper.

like the entire first half an hour of Return To Oz

the sick fucks added in Dorothy almost getting, I cannot stress this enough, fucking lobotomised! And removed the objectively best bit of the book where the hitherto presumed male protagonist gets magically gender swapped as a reward for the quest. And those wheelers are total nightmare fuel.

Actually the rock king at the end is frightening as fuck as well. A children’s film that should never be shown to kids.

I recommend Who Can Kill A Child? in that case

The trash man from Mulholland Drive, or like several moments from FWWM

Some great suggestions so far

This shits me up 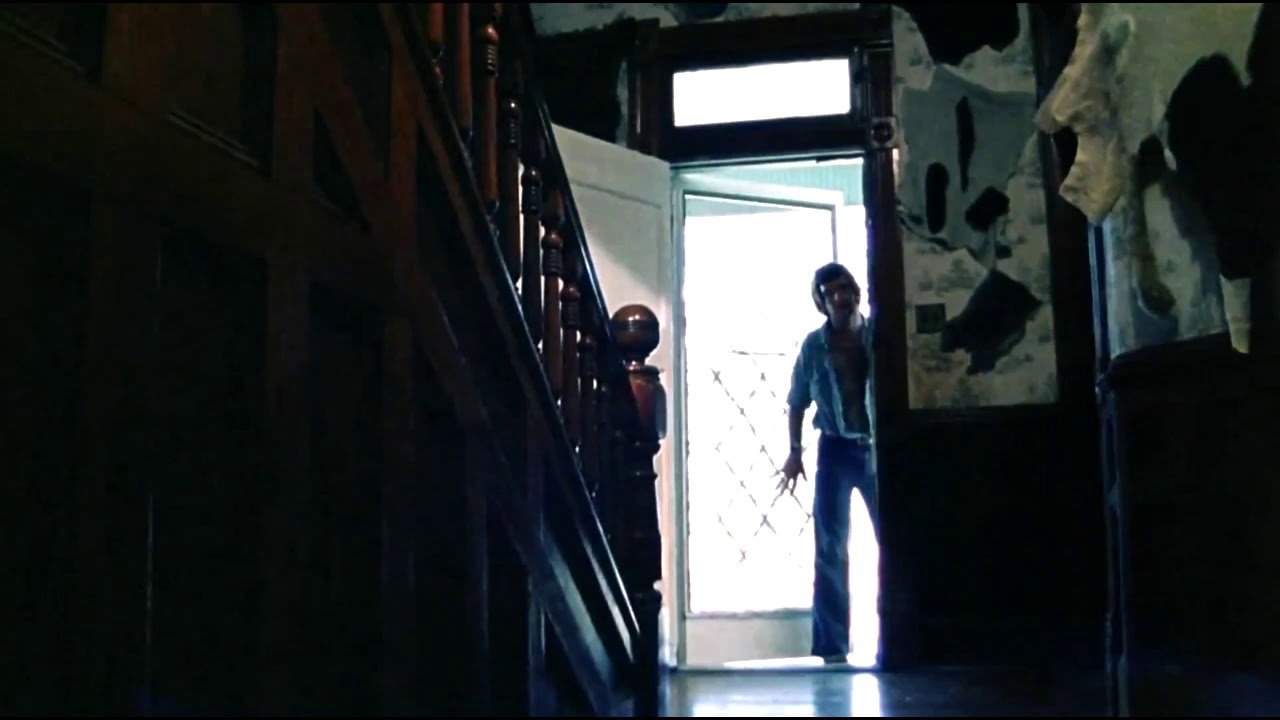 Absolutely genius use of the power of suggestion that scene

I’m more or less fine with chestmouths and headspiders but the bit in The Thing that distresses me most is when the creature attacks the dogs. Horrible.

Just watched The Descent for the first time and was disappointed to not find it very scary. Good film tho