What's the stupidest thing you got dentention for at schooo

There’s one of these for me as well. Feel so guilty about what we put the poor woman through. Used to take the photos of her kids from her desk and hide them in the room, did the “turn the entire classroom the wrong way round” thing with her, used to undermine her so much in front of her younger classes by just strolling into her lessons and fucking about. Awful stuff.

The Beginnings of Bad Tone 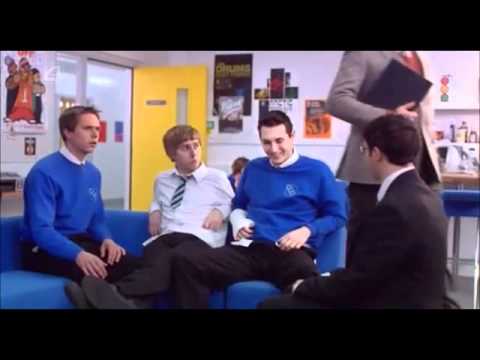 Don’t think anyone has ever got detention in sixth form, right?

My mom works at my old primary school now, and my old teacher confessed that she had to push herself to remain serious when she walked in to see me and my best pal having attached several of those clampy leaflet holder clip things to our faces

Just one detention. Threw a malteser at a mate, he ducked and it hit a wall right by Mr Crow’s beak face.

Turned out loads of my mates were in the same detention so we had a great time. Should have gone in for more really.

My mom works at my old primary school now

Nothing to do with detention but this just reminded me. My mum was a supply teacher and at one stage she was working at the primary school I was attending at the time (not my class thank god). We were all in the canteen at lunch and my mum walks in to sit with the other teachers, a lad on my table goes “who’s that old bag?”, sheepishly I reply “that’s my mum actually”, cue uproarious laughter.

I got detention for accidentally knocking over a physics teacher with my bag. She was very short and I’m quite tall and I had the bag on my shoulder. I turned around quickly and apparently the bag hit her square in the face and knocked her flying. I was pretty much oblivious and only noticed when I saw a load of other people killing themselves laughing, so I asked her why she was on the floor which made her furious and she gave me detention. I’m still quite aggrieved at the injustice really.

The incident also prompted a school wide ban on carrying bags on shoulders, which was totally proportionate.

When I was 11 or 12 we had a “home economics” class once a week for half a year, part of which was learning how to use a sewing machine. One of the first lessons was to run the machine over a piece of paper with curved lines on it to practice before using real thread. Well, I was either really clumsy or the machine malfunctioned, and it got turned to maximum and shredded the paper and caused a bit of a scene. So, detention.

I was pretty outraged at the injustice, but opportunity presented itself during the detention when the teacher stepped out of the room for a moment. The windows in this classroom were particularly low to the ground, and thinking “I don’t deserve to be here”, I opened one up, crawled through into the schoolyard and ran all the way home.

When the school inevitably called up that evening I was worried, but my Dad said “my son told me he did nothing wrong, and I believe him”. And that was the last of it. I ended up becoming rather decent at the sewing machine and made quite a nice pillow case by end of term.

I sew for a hobby and I’m with you on this. You can’t expect a kid to know how hard they need to press the pedal, and my machine’s always clogging itself up with thread and making a mess.